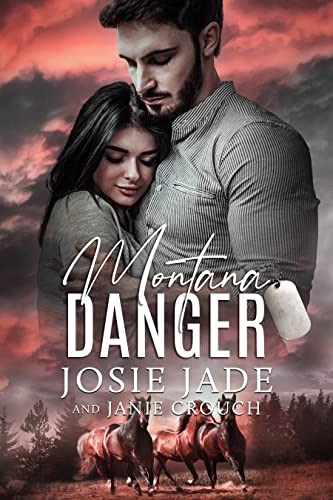 Some mistakes haunt you forever.Harlan Young knows that from personal experience. Walking away from Grace Townsend, even with the best intentions and no other choice, still haunts him to this day.So when he had the chance to return to Montana and be part of something as special as the Resting Warrior Ranch, he took it. Here he can help train service and emotional support animals for former soldiers with PTSD.And maybe, just maybe, convince Grace to give him a second chance.He never expected that second chance to be in the form of a fake marriage in order to save the land she loves so much. But he’ll do it, as well as help fight the danger closing in on her. She thinks she’s alone, but she’s wrong.She knew him as a boy, but now he's a man. And real men don’t run.

Momma Says: 5 stars⭐⭐⭐⭐⭐
I made the comment that Montana Sanctuary set the bar high for whatever came next in this series. This second book in the series just raised that bar a bit higher. I absolutely loved everything about Harlan and Grace. From Grace's seemingly over-the-top reaction to everything he says or does to Harlan's calm acceptance of that behavior, it all makes sense once things come together. Their chemistry is obvious, and all Harlan needs is a little help to get things moving in the right direction. That comes in the form of a fake marriage. Now, I usually don't find the fake marriage trope to be believable in most cases. It's fun and entertaining, but not really believable. The reason for this one has a ring of truth to it. With so many old laws still on the books in small towns (including my own), it's kind of perfect for this story. And that's as close as I'm gonna get to a spoiler. What I will say is Montana Danger is a great combination of romance and suspense. Harlan and Grace are totally easy to root for, and the villain is the kind that had me talking to the characters - Yeah, I talk to the characters and get thoroughly irritated when they don't do what I so clearly see as the logical thing! The Resting Warrior Rance series is well on its way to being my favorite series this year. I love the found family theme and the characters that make up that family. I can't wait to see who's next on the ranch to catch the love bug.