The Flapper, the Scientist, and the Saboteur Blurb Blitz

The Flapper, The Scientist, And The Saboteur 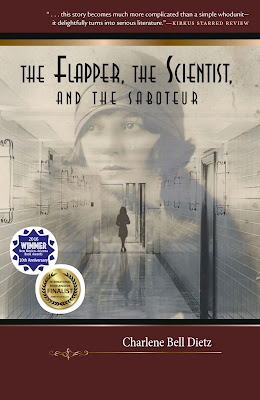 A workaholic bio-medical scientist, Beth Armstrong, is torn between saving her sabotaged ground-breaking multiple sclerosis research or honoring an obligation to care for her chain-smoking, Cuba Libre drinking, ex-flapper aunt. Nursemaid ranks just above catching the plague on Beth’s scale, yet her ex-flapper aunt would prefer anything deadly to losing her independence under the hands of her obsessive compulsive niece. While a murderous culprit runs loose in the science institute, the raucous aunt entertains Beth’s neglected husband with nightly cocktails and stories form the Roaring twenties. The Flapper, the Scientist, and the Saboteur intertwines a corporate espionage mystery with a generational battle-of-wills story between a dedicated professional intent on fighting chaos to restore order and a free-spirited aunt who needs her niece to live in the moment.

“Are you making this up?” Harold frowned.

It sounded like something out of a movie, but Kathleen’s face told otherwise.

“I was still in my dance costume, so Max thought I could slip in unnoticed.” Kathleen grinned. “Now how fine was that? Two big-muscle men hide in the car while I go and get my brains blown out.”

“Did my grandparents know you were an entertainer?” Beth pictured herself with cropped hair, long pearls, and a life of pure fun. “My parents would have a cow.”

“I didn’t want to be in that neighborhood alone, day or night.” Kathleen spoke low.

“Why would your friends put you at risk?” Beth cringed. That sounded like her mother.

“They found a guy named Sullie to be my escort. But Max said we had to be careful because Sullie played both sides, which can get a person a ticket to the bottom of the river.”

Beth and Harold looked at each other, then burst out laughing.

“Sullie was waiting on the corner where they let me off. We sauntered along as if we were doing the town. We all agreed, if it was Sophie, we wouldn’t do anything, and Max insisted we leave right after her number. She wouldn’t be able to see us because of the stage lights.”

Beth could feel the cold night air, the rush of adrenaline. 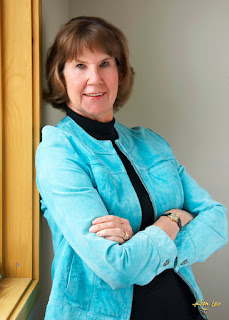 Charlene Bell Dietz writes science and historical-suspense, award-winning mystery novels and short stories.  Her award-winning short stories have been published in the Rocky Mountain Fiction Writers 2016 Anthology and SouthWest Writers 2019 Anthology.   The Flapper, the Scientist, and the Saboteur combines family saga with corporate espionage. The Flapper, the Impostor, and the Stalker propels readers back into 1923 frenetic Chicago during the Roaring Twenties. Both these novels were named to Kirkus Reviews’ Best Books of 2018, and each won the coveted Kirkus Starred Review.  Her latest novel, The Scientist, the Psychic, and the Nut, gives readers a frightening Caribbean vacation. Her current work in progress, a biographical historical novel, starts in England in 1638 and ends in precolonial Maryland. Charlene, a retired educator, traveled the United States as a consultant for Houghton Mifflin Publishers after a career of teaching little ones, older ones, and college graduates. Surrounded by forests and meadows, she currently lives in the foothills of the mountains in central NM several miles from the small village of Torreon. Charlene is the current president of Croak & Dagger, New Mexico Chapter of Sisters in Crime. She belongs to Rocky Mountain Fiction Writers, Rocky Mountain Mystery Writers, Mystery Writers of America, and SouthWest Writers. Connect with Charlene on Facebook

Charlene Bell Dietz will be awarding a $25 Amazon/BN GC to a randomly drawn winner via rafflecopter during the tour.