Excerpt Tour In One Lifetime by Graham Forlonge 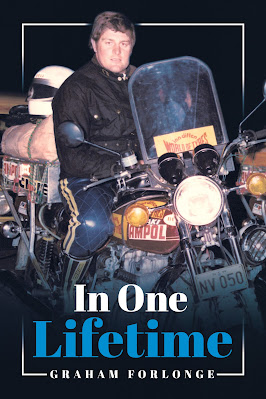 This book is an autobiography of a man who had over 50 mostly major PTSD events in his life. It recounts the trials, struggles, and lessons learned over a life span of 67 years. It recalls his childhood, time as lifesaver, police diver, police driving instructor, member of SWOS, professional NRL footballer, running Police Citizens Youth Clubs (PCYC), Security Manager of the world renowned Porgera Gold Mine in PNG and world record holder of going around Australia in under 10 days on a motorcycle. The events accounted whilst a police diver as well as a Highway Patrol Officer includes plane crashes, train accidents, body recoveries and numerous fatal road accidents, some of which are major historic events in Australian history. It also includes native raids, murders, abuse and many more traumatic events while working in PNG. Some of the accounts are captivating and others highly emotional. His life and determination to succeed was mostly driven as a result of having been sexually abused over many years at the hand of his tutor as a child. It is a true Australian story and displays considerable endurance and survival skills.

Once I earned my life-saving bronze medallion, I made many minor rescues near the shoreline while on patrol, but probably my first major rescue involved a young boy in a blow-up boat. He was sitting in it paddling just outside the break. I noticed that he was paddling hard against the current but getting nowhere. He seemed to be getting distressed and started to paddle very quickly. I advised the patrol captain who replied, “Yeah, we need to get to him, he’s going back out to sea despite his paddling. You saw him, you go get him.”

I did not need prompting. I stepped into the surf belt on the rescue reel, which is a length of rope wrapped around a cylinder that rotates on a solid stand, and ran into the surf. I seemed to be swimming for quite a long time, but as I slowly gained on him, I felt a huge tug on my line that pulled me under the water for a short while. I resurfaced, kept swimming and finally caught up to the boy, who was about seven years old and very scared. It was then that I noticed that we were out well beyond the headland!

Fully aware of the danger of the sharks on the reef, I grabbed the blow-up boat, which was too small for two people. The best I could do was to wrap my arms and legs over the sides of the boat from underneath. But while my arms and legs were out of the water, most of my body was still immersed. I gave the signal for us to be hauled in. We now had a situation with a seven-year-old terrified kid in the boat and his sixteen-year-old rescuer desperately clinging onto the boat from underneath, hoping not to become shark dinner!

I was very glad to feel the sand on my feet. The warm reception from beach onlookers took my mind off what I had just completed and after making my epic journey back home to Lane Cove that evening, I didn’t have any worries about getting to sleep. I crashed!

I later asked the captain about the tug on the line that had dragged me under the water and he informed me that he had had to tie on another life-saving reel as I had swum out so far that I was beyond the length of one reel!

I loved the constant activity. I needed diversions and adventure to keep me going and to keep my mind occupied. I didn’t want to sail the seas in a wooden carved canoe, scale the Himalayas or trek through the Outback. It was a different type of quest for me. I became aware of one thing and that was that I did not appear to fear anything. I don’t mean that in a ‘tough guy’ way. I was not an aggressive young man, but I did stand up for myself, and, when I had to, for other people who couldn’t stand up for themselves. 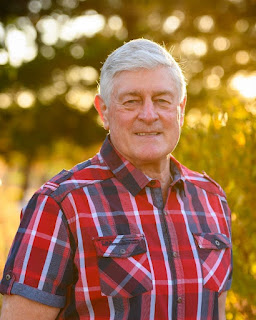 Graham Forlonge is a father, footballer, policeman, diver, security officer and the author of IN ONE LIFETIME.

In the 5-Star Review from IndieReader C.S. Holmes writes, "In the memoir In One Lifetime by Graham Forlonge, the author experiences murder, plane crashes, mine explosions, and more...on his way to healing from PTSD...Graham Forlonge’s memoir In One Lifetime is an expansively honest and brutally detailed submersion into aspects of trauma that left the author with a lifelong case of Post-Traumatic Stress Disorder (PTSD) and is most touching when detailing his healing process."

It took 10+ years to write his memoir. Now, Graham works as a part time counselor for the underprivileged.

Get your copy of In One Lifetime

Graham Forlonge will be awarding a $15 Amazon or B/N GC to a randomly drawn winner via rafflecopter during the tour.