The Bedwetter Tour and Giveaway 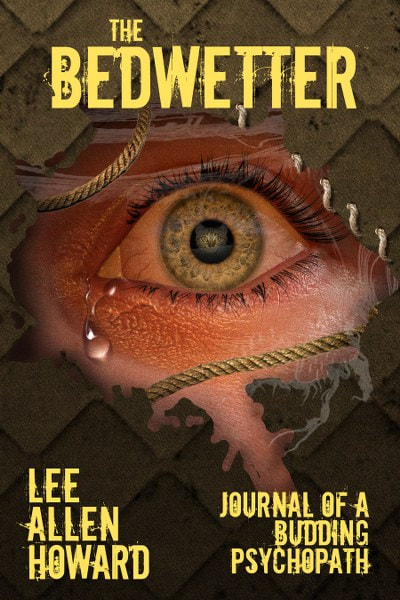 Journal of a Budding Psychopath

Russell Pisarek is twenty-six years old and still wets the bed. He grew up different from other young men because his vicious mother punished him for wetting by shaving his head. When he confided this to his girlfriend Tina, she betrayed him, advertising his problem to all their high school classmates, who turned on him mercilessly. He took out his frustration by skinning neighborhood cats.

Now Russell fantasizes about finding just the right woman-so he can shave her bald. He struggles to overcome his dark tendencies, but when his sister discovers he's wetting again, she puts him in dire straits.

During this time of stress, the mythical Piss Fairy appears in his dreams, and Russell is driven to satisfy his twisted desires with an innocent coworker, who also needs a new roommate.

When Russell's plans go awry, the Piss Fairy commissions him for a much darker task that graduates him from shaving to scalping-and worse.

This novel depicts intense violence, hardcore horror, and disturbing psychological terror in the vein of such works as Jack Ketchum's The Girl Next Door, Cormac McCarthy's Child of God, Joyce Carol Oates' Zombie, J. N. Williamson's The Book of Webster's, and Jim Thompson's The Killer Inside Me.

Although The Bedwetter is a fascinating in-depth character study into the mind and actions of a misogynistic and homophobic psychopath, the story events are vicious and brutal, the language coarse, and the approach to their reporting is cold and unflinching. Some scenes depict animal cruelty, which is germane to the behavior of a developing serial killer.

This book is not for the faint of heart or those easily offended by language, sex, or violence. Read at your own risk.

Praise for The Bedwetter

"Lee Allen Howard's prose crackles with an energy that is rare and refreshing in the genre. Highly recommended for fans of truly dark fiction." -BestThrillers.com

In the house where we lived when Becky and me were in school, my mother’s lying on the basement floor, fugly and naked on the red linoleum, with the electric hair clippers jammed up her cooz. They’re plugged in and running, eating her alive on the inside.

She’s diddling herself with her big manly hands, yowling like a cat. I can’t tell if it’s from pleasure or pain till I step up and piss on her. Then it’s all pain.

My arc of hot whizz hits her right in the face and splashes over her buzzed head and the pile of gray hair like dirty laundry on the tile. She gasps, spits, and curses me like she always does.

I say, “Shame on you, now. Shame on you! SHAME ON YOU, YOU FUCKIN EVIL BITCH!”

I continue spraying a golden fountain over her flat tits, the bunched hysterectomy scar, and onto the mound of matted gray fur between her ricotta thighs.

When my piss hits the trimmers, she’s electrocuted and bucks like a rhino getting shock therapy. Sparks fly. She spews blue lightning out her hole, and then she bursts into flames, screaming like a demon.

A flame dances up my piss-stream like it’s lighter fluid, an unquenchable fire climbing the stairway to heaven.

But in the dream I never get electrocuted—I never get burned. At least I ain’t yet. I always wake up. And I always wet the bed.

The angry red digits of my alarm clock across the room tell me it’s 3:00 a.m., the pissing hour.

I ain’t wet the bed in a long time. I thought I was completely over it, but I guess not. It happened because of the dream. I’ve had this dream before, lots of times, when I lived at home. Always the same thing, and every time it makes me wet. And that’s not all.

My cock is a rock. I stick my hand in my sopping undies and rub one out real quick before my piss turns cold. Then I shuck my shorts, strip the sour mattress, and wrap myself in my catskin rug I keep hid under the bed. It’s the only dry thing I got. 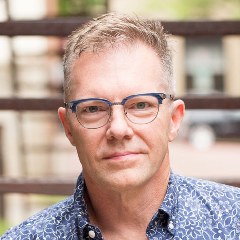 Although born and raised the son of a preacher, Lee Allen Howard knew since second grade he wanted to be a horror writer. He loved all things creepy and was terrorized by a recurring nightmare in which Dracula, the Wolfman, and the Mummy chased him all around the house. This led to telling stories on the dark side of reality.

Howard earned his bachelor’s in English from Indiana University of Pennsylvania and a master’s in Writing Popular Fiction from Seton Hill University. He’s been a professional writer in the software industry since 1985 and also edits fiction.

Howard is the founder and editor at Dark Cloud Press, which has published the horror and dark crime anthologies Thou Shalt Not... and Tales of Blood and Squalor. He resides in western New York with a lot of books.