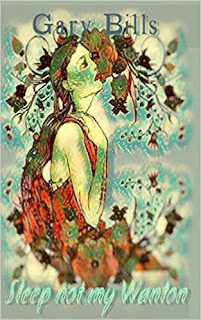 Sleep Not My Wanton
Gary Bills
Genre: Period Gothic Fantasy
Publisher: The Little French
Date of Publication: January 31, 2022
ISBN: 9781034931478
ASIN: ‎ B09RP7BXY2 US/ ‎ B09QP2354B UK
Number of pages: 194 US/ 174 UK
Word Count: 53,052
Book Description:
Lorina Skene moves between two worlds, the everyday and the supernatural, and in both she is a killer, at large and beyond suspicion in Victorian London.
She is protected by her privilege and her power. But who, or what, is pulling the strings?
This is a Gothic nightmare, and a tale of controlling, obsessive love, with plenty of twists, turns and weird happenings along the bumpy ride through fog and gaslight.
Expect to be disturbed and expect a broken heart when silence falls and realisation dawns.

Madam Cowleigh was a medium. She was famous, of course, for conversing with
spirits, but the spirits had to listen with inordinate care. Her speech was a flurry of half-swallowed frustrations, for she did not articulate her words at all clearly – she spat them out, expecting straining ears to catch at least the gist of her sentences. Madam Cowleigh would frown deeply if, at any time, she was not adequately understood.

As a consequence, her brow was lined and furrowed; but her affliction was not
her fault, for illness had played a vicious trick upon her. As a child, or so it was reported by the vulgar press, she had developed a swollen tongue - a monstrous tongue. Forever afterwards it remained far too large for her mouth. The words she tried to express could never be rolled out entirely, for her teeth and gums got in the way. Of course, she slurred at times, and she drooled; but that was not the worst of it. The initial swelling had ulcerated her freakish organ of articulation, and although she soon healed, rough scars were left behind. Madame Cowleigh, in short, had a tongue of sandpaper and thistles; but only later would I learn this to my cost.

How I wish the spectre had left me alone! I would not have required  Cowleigh’s peculiar talents and nothing would have brought me to her door.

If only I had possessed the courage to tell myself that any ghost is merely rushing air and
attitude... a tatter, perhaps, of a long-expired personality; then I might have endured without assistance. However, I was terrified by the unwelcome visitations, and three complacent mediums, all charlatans as it transpired, had failed to relieve my terror. The spirit still haunted my home as before, and Cowleigh had become my ultimate hope. Her reputation preceded her. London papers had printed rapturous accounts of her séances and stage shows. The
majority of mediums were frauds, it was so; but Cowleigh was the genuine article.
For the sake of veracity, I must confess that I still believe in her powers. I believe
absolutely. How could it be otherwise?

Cowleigh lived in a half-respectable locale, in Hampstead. It was a street of lace curtains and green-painted doors. Half of the modest house was rented by other tenants and the other half by the medium. She lived alone except for a fat companion, an African woman called Winnie, who was also a medium. In fact, they performed together on the professional stage. It was whispered that the two women shared a bed, and they performed together there with just as much gusto! But I thought this most improbable, for Cowleigh was as rotund as her friend, and double beds are only so wide. Passions, especially outsized passions, may move the earth upon its axis, it is true; but sleep alone can make the world stop dead. As I have discovered, sleep is more essential than love. Either way, Cowleigh’s personal tastes did not concern me. I did not wish to learn whether or not she ever lay down with Wheezing Winnie, as the press had named her; the question was, could Cowleigh lay my evil ghost?

It was Winne who answered the door. She filled up most of the frame and this dominating impression was only matched by her imperious chestnut eyes. She looked me up and down, and she even allowed herself the ghost of a smile.

Repressing nerves and a spark of irritation, because of her impudence, I gave my married name rather sharply.

Winnie nodded. It was odd to speak a name I barely recognised myself. I scarcely
owned it, for the memory of my wedding day was still fresh in my mind and it was not a pleasant reverie, for I was never in love with my husband.

I followed the ballooning Winnie down a short, narrow corridor where the Turkey carpets on the floor had seen better days, and where the pot-plants, although displayed with apparent pride on a series of little ebony tables, one after the other, clearly needed water. Their fronds were dry and withered, like my soul.

Winnie ushered me into a drawing room, one with very little furniture. Out of breath and sweating head to toe, Winnie urged me to sit in a far corner, on a green-buttoned chair. It was one of only three seats in the room. The other two chairs faced off against each other, over a small round table - a table which was covered with a drape of scarlet chenille. That table was where the magic might occur, or where the chicanery might transpire. At that moment, I did not know quite what to expect. I had been disappointed before, and I began to despair of all
mediums.

I waited and I waited, alone; but at least this gave me the opportunity to study the curious pictures on the wall. They hung in a higgledy-piggledy fashion, with no hint of elegant spacing; and yet each picture had an expensive frame of mahogany, although none was an oil painting. Evidently, Cowleigh and Winnie had a taste for ancient wood-block illustrations, such as one might see in medieval or Renaissance folios. This was not so remarkable in itself, perhaps, but
the subject matter of those images did grip my attention, for there were devils and imps and witches, and scenes of dire punishment, all delineated neatly in ink on yellowing parchment. Here, a bound woman was burning at the stake, close to a smug-faced bishop who was warming his hands; and there were six peasants all hanging in a row, like seasoning hams in a country pantry.

Gary Bills was born at Wordsley, near Stourbridge, in the UK. He took his first degree at Durham University, where he studied English Language and Medieval Literature, and he has subsequently worked as a journalist. He is currently the fiction editor for Poetry on the Lake, and he is enjoying studying for his MA, at BCU. His poetry has appeared in numerous publications, including The Guardian, Magma, HQ and Acumen, and he has had three full collections published, – “The Echo and the Breath” (Peterloo Poets, 2001); “The Ridiculous Nests of the Heart” (bluechrome, 2003); and “Laws for Honey” (erbacce 2020). In 2005, he edited “The Review of Contemporary Poetry” for bluechrome.
Gary has given professional readings at the Ledbury Poetry Festival, Poetry on the Lake in Italy, and at the Poetry Trend Munich Festival in 2010. His work has been translated in to German, Romanian and Italian. A US-based indie publisher, The Little French, published his first novel, “A Letter for Alice” in 2019, and a collection of stories, “Bizarre Fables”, in 2021. These were illustrated by his wife, Heather E. Geddes.
In 2022, The Little French published his second novel, “Sleep not my Wanton.”
https://www.facebook.com/fablemantra
https://www.garybills-fablemantra.com/garybills
http://www.poetrypf.co.uk/garybillsbiog.html
https://www.goodreads.com/author/show/6200191.Gary_Bills 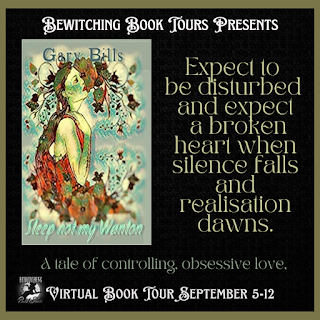