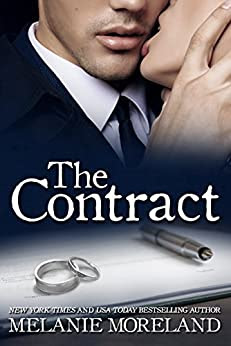 A tyrant by day, a playboy by night.

That is the reputation that precedes Richard VanRyan. He lives life the way he wants, no concern for the opinion of others. He cares for no one, is completely unrepentant, and he has no desire to change his ways.

Katharine Elliott works under Richard as his PA. She despises him and his questionable ethics, but endures all the garbage he sends her way, because she needs the job. Her end goal is far more important than the daily abuse and demands she tolerates from her nasty tyrant of a boss. Until the day, he asks her for something she never expected. A new role with a personal contract— fiancée instead of PA.

What happens when two people who loathe each other, have to live together and act as though they are madly in love?

Can the power of love really change a person?

Will they survive the contract?

Momma Says: 5 stars⭐⭐⭐⭐⭐
Richard VanRyan is a complete jerk. He's arrogant and selfish, and he doesn't care who he hurts to get what he wants. Until he isn't. Well, until he mostly isn't. It takes some time and woman like Katy, who learns to put him in his place, but he's seriously one of my favorite characters. Not just in Melanie Moreland's world of romance but in romance all around. Basically, there are a handful of leading men that I can't get enough of, that I love their flawed selves to pieces, and Richard is one of those. I kind of came late to the party and hadn't read The Contract series, but I'd met Richard a few times as he popped up in later books - The Contract series adjacent, so to speak. Anyway, I knew I wanted to read his story and finally took the time to do just that. The plan was to take my time, but once I got a taste, I consumed the whole thing. The whole series. This first book in the series gives us the good and the bad, everything Richard and Katy went through to truly find each other, and it's a story I can't recommend enough. 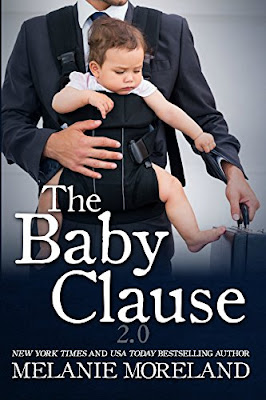 How does he handle the new addition to his life?The Baby Clause is a short continuation of Richard and Katy’s story, containing humorous glimpses into his life as a father, and how his world has changed.A must-read for all fans of The Contract!Originally published as a brief chapter for charity to support the Keith Milano Fund. Readers asked for it back. Here it is with expanded content and in paperback.

Momma Says: 5 stars⭐⭐⭐⭐⭐
The Baby Clause is such a cute, quick read. Nothing makes you swoon like a dad who's lost his heart to his girls. The hard-edged manipulator we met in The Contract is the one being manipulated - by sweet baby girls. This book is low on angst. Well, it's low on relationship angst. It's pretty high on learning to handle the chaos that can come with babies. If I weren't already head over heels about Richard VanRyan, this sweet story would've done it. It's a great addition to a fabulous series. 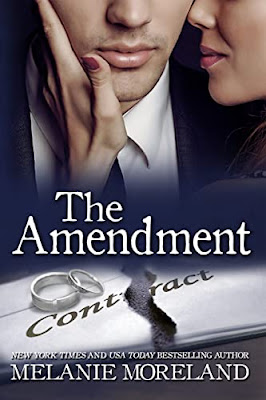 A test in overcoming obstacles where love heals all in this touching romance from NYT bestselling author Melanie Moreland.Richard VanRyan has it all.

A loving wife, a beautiful family, great friends, and a career he excels at.He's riding high on the crest of life.What happens when the ride stops?When the unthinkable becomes reality and life may never again be the same?The Contract has changed.Can Richard and Katy overcome The Amendment?

Momma Says: 5 stars⭐⭐⭐⭐⭐
The Amendment takes us back inside the world of The Contract series, and this one takes the feels to a whole new level. It is a love story, but Katy and Richard's love is tested with a vengeance. It was absolutely heartbreaking to see Richard so vulnerable. Even when he's being stubborn, and that jerk from the past rears his head, he was tugging at my heartstrings. I'll stop there before I give too much away on a story that needs to be taken in one on one. What I will say is this addition of the Contract series is the most emotional so far. It's a story of love, faith, hope, healing, and forgiveness. A story of learning to accept what life throws at us, but to also fight to get back to living life to the fullest. I would recommend reading this series in order to get the whole story. I promise you won't regret it.