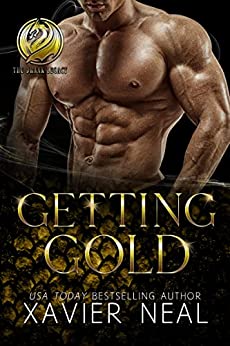 From best-selling author Xavier Neal comes the next book in the page-turning, laugh-out-loud, paranormal romance series you don't want to miss...
Fate hates me.How else would you explain getting fired, kidnapped, and nearly killed by elves - which shouldn't even exist - in less than twelve hours?And the apology this magical force gives me for constantly ruining my life?Mating me to an ancient dragon.An ancient dragon whose suave ways have me constantly torn between wanting to kiss him and kick him right where the scales don't shine.And to top it all off - because clearly that wasn't enough - we have to rescue some poor kidnapped flamingo like we're reenacting a James Bond movie.FFS.Any chance this is all some low-budget horror movie I don't remember being cast for?No?Well, all things considered, it'd be dumb not to at least ask.

Momma Says: 4 stars⭐⭐⭐⭐
I really like the world Xavier Neal has created for this series, and she does it so well that I can see it as I read. Everything is so vivid, and like the first book in the series, the world-building is done organically throughout the story. Then we have the stars of this show, so to speak - the dragons. I absolutely love dragons, and the way they're done here is so imaginative. Here, we get Ana and AD, and of course, Gold. These fated mates meet with a combination of action, attraction, and humor, and it only gets better from there. The story is full of adventure and danger as well as a steamy, chemistry-filled romance between Ana and AD. I thoroughly enjoyed the first Draak Legacy book, and this one was even better, in my opinion, so I'm excited to see what happens in the next book.