A year ago, Magnus Tolljursson helped repel a treacherous attack from his father’s enemies, and discovered he carries the berserker’s seed of madness. Now he must sail to the settlement from whence those attackers came, and fulfill a promise to a friend. He doesn’t know what he’ll find in Husavik and never suspects he may lose his heart.

In her father’s absence, Embra Fritisson has been engaged in a desperate battle to keep leadership of the settlement. When Magnus arrives saying her father is dead, she fears her unstable family will splinter into factions and destroy one another. She must retain control, but how can she hope to keep her head while falling in love with the enemy?

A fraught moment ensued. Embra had parted her lips to say, “I am in charge,” when an interruption occurred. Vanja came charging into the hall, pushing folks out of the way, a sword in her hand.

Ach, by Freya’s heart, this was just what Embra needed.

Vanja looked—insane. Her fair hair had escaped its plaits and her eyes were wild. She came with words pouring from her.

“Where is he? Where is he?” Focusing on Magnus Tolljursson the way a wounded cat might focus on its rival, she demanded, “Are you the one? The one who’s brought word of my father?”

Magnus Tolljursson stared, as did the handful of men he’d brought up from the boat with him.

He sounded calm though when he replied, “I am.”

“Where is he?” Vanja repeated and waved her weapon in Magnus Tolljursson’s face. Any man might be expected to back off. He did not, but held up his hands, empty of weapons.

Perhaps he did have balls the size of Odin’s head.

“My sis—” she began, only to have Vanja speak over her.

Still, he did not step back though all of his men had their hands on their weapons, and had stepped up behind him.

“He died in battle on our shore, in Sorvagur.”

“Does it matter?” Magnus spoke to Vanja as directly as she spoke to him, disregarding the pain that infused her voice. “Men who come to our shores seeking to defeat us must be prepared to die.”

Vanja blinked at him. “My brother, Gunnar?”

“He too breathed his last at Sorvagur.”

Magnus’s men stirred and he narrowed his eyes, giving Vanja a dangerous look. “Mistress,” he bowed slightly, “as you wish.”

“Did you kill them?” She waved her sword in a wild arc. “Need I slay you?”

“I represent Sorvagur here. If you have scores to settle with anyone there, you must take it up with me.”

Ah, Embra thought upon a thrill of rare admiration. He knew not of what he spoke. No one in his right mind would take Vanja on. She was by turns heedless, cunning and treacherous.

A worthy daughter, in fact, of Friti Gunnarsson. 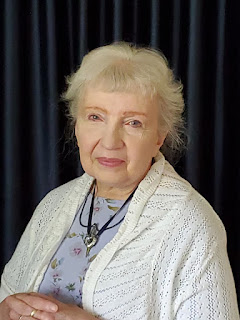 Multi award-winning author Laura Strickland delights in time traveling to the past and searching out settings for her books, be they Historical Romance, Steampunk or something in between. Her first Scottish Historical hero, Devil Black, battled his way onto the publishing scene in 2013, and the author never looked back. Nor has she tapped the limits of her imagination. Venturing beyond Historical and Contemporary Romance, she created a new world with her ground-breaking Buffalo Steampunk Adventure series set in her native city, in Western New York. Married and the parent of one grown daughter, Laura has also been privileged to mother a number of very special rescue dogs, the latest being a little boy called Tinker, and is intensely interested in animal welfare. Her love of dogs, and her lifelong interest in Celtic history, magic and music, are all reflected in her writing. Laura's mantra is Lore, Legend, Love, and she wouldn't have it any other way.

Laura Strickland will be awarding an ebook of the first book in the Viking Brides Series, The Berserker's Bride, to a randomly drawn winner via rafflecopter during the tour.