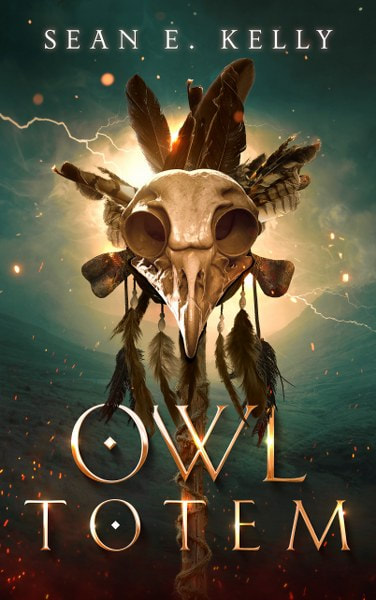 Famine has swept across the island of Dearviél. The threat of war looms on the horizon. The Vacids, the people of the owl-totem, wilt under the dominion of a foreign king. Their greatest hope lies with two sisters.

Leara and Caileigh Mana had trained to be scholars. But the famine has compelled them to take on the task of healing their weary people and averting even greater suffering. Leara's quest to find a mythical seedling that can sate all hunger will require all her knowledge and skill in the sciences, both the physical and the arcane. But she isn't alone. She'll find friends in the most unexpected places-friends she'll need when she comes face-to-face with the otherworldly Fae, who will do everything in their power to stop her from reaching the seed.

Meanwhile, together with a ragtag group of companions, and hiding a secret power deep within herself, Caileigh must convince the Vacid nobles to put their quarrels and scheming aside and come together for the good of the people before it's too late. But just as her strength of spirit is tested, so too will be the bonds of family.

In this intimate, emotionally charged adventure, the hand that heals may be stronger than that which wields the sword, virtuous deeds may count for more than titles and accolades, and the greatest power of all, whether in the material world or in realms beyond, may be that of compassion.

Everything was nothing, and nothing was anything. Brantivien’s mangled, rusted gate might as well have been a portal into another reality. Perhaps the enigma who called himself Gormfreith had cast some spell upon Leara; perhaps the spell was a ruse played by her own mind upon itself. There was indeed something about him, some sublime quality for which no tongue among sapienkind had conjured a word. The way energy rippled about him like the waves that radiate when a pebble is dropped into still water, energy that she could feel surging through her more than that of any human’s Song, playing its melody deep in her soul, a Song of such seductive dissonance, of the most dulcet disharmony. Perhaps her eyes had deceived her, but for one ephemeral moment, she saw that energy weaving about him in an ethereal waltz—the lastaí bielthé, the flame of the spirits, the strings that bound all consciousness together throughout the four worlds.

Yet his essence was sodden with tears, and that melancholy had set upon Leara like a vernal rain.

Gormfreith stood between two pillars before the door to the great hall, himself as forlorn, as much a relic as the bronze kings atop their capitals, headless and swallowed by verdigris. There was a profound elegance in his frailty. With every twist of his gaunt body, his long black cloak would swirl about, hovering in the rank air, rustling pages and sending them fluttering like dancing dryads, and with them, faint notes distorted as if played upon a broken zither.

“Take my hand,” he beckoned, waving for Leara to join him. “But hold tightly to me, lest you be lost forever in the Void.”

Warily, Leara inched forward, ever and anon halting as her anxious mind did battle with her eager heart. What does he mean? The thought lingered in her mind’s peripheries, kept at a distance by whatever enchantment the stranger had woven about her, taking the place of fear.

“Do not be afraid.” His maladroit smile was strangely reassuring. “I know what it is you seek.”

At last, she relented. Bony fingers encircled hers like strangling vines, yet his embrace was tender. He pulled her close to him, pressing his other hand to her forehead, sliding the palm over her eyes. At his touch, energy rippled through her body, the energy that she summoned when she ascended out of the material. She was aloft, though her eyes were blinded; matter fell away beneath her feet, and she was moving, whither she knew not.

Then, all was still and silent. Her uncovered eyes gazed across endless white mountains, punctuated only by the slash of a tower black as moonless night in the distance. I have seen this place before. The silvery lake lay behind her in ethereal stillness. The ebon door loomed before her at the summit of the highest peak, beyond which lay only an abyss.

She turned to Gormfreith to tell him that the vanishing man had already shown her this place. But when she beheld him, he was a man remade: a youth of beauty unimaginable, sable hair flowing like silken banners, lightning forking around his irises. Had wings grown from his back, she might have mistaken him for one of Elven kind.

The angelic figure turned Leara’s chin to the door. As before, she could see something in the emptiness within. But instead of the skull and flower, she beheld a cube, transparent as if made from pure ice, and within, a single seed.

In an instant, her spirit was reunited with her body.

“You know what you have seen,” Gormfreith said. He had left his luminous form upon the mountainside, and he was wretched once more. Perhaps even more so now , for the ascent seemed to have drained what little vitality remained in him. “Glandmal,” Leara affirmed. “Does that mean the legends are true?”

“But there was only one seed.”

“There is only one. Only one is needed for the fruit of transfiguration to blossom.”

Leara did not understand. “But how am I supposed to feed my people with but a single seed?”

Gormfreith offered a glance that seemed to scold Leara for her ignorance. But within his Song she heard only sympathy, tinged with a note of despair. “The fruit you know as glandmal is meant to feed the spirit. It is not to nurture the body but to overcome it. To destroy it.”

Gormfreith grimaced as he observed his withering hands. “None of us was meant to wear this mortal shroud, this burial gown of flesh and bone. We are all beings of Light and Song, just as the Fae, just as their forebears, the gods who fashioned this world in their error, in their boredom with perfection.” He glided to the image of the dragon and the emperor. “The Darandingaí knew as much. They tried to recreate the Paradise that was denied them when they were doomed to this living death.”

“Darandiné is a myth,” Leara said reluctantly, for that was what learned men had taught her, citing the lack of any evidence beyond songs and stories. Even the intricate documents she’d studied in Satranthia were said by some to be little more than the fanciful scribblings of mystics too deeply entranced in their leaf, florid façades to disguise realities of a much more banal kind. But those documents, those stories had to have come from somewhere. She wanted so badly to believe that a better realm had indeed once existed, one that could come to pass once more.

“Nay,” Gormfreith affirmed. “They had fashioned a great and puissant society, using their knowledge, their wisdom, and their tools. They had nearly succeeded in their goal.” He uttered a defeated sigh. “Alas, they were corrupted, as are all things in this world. They did not understand the hideous truth that only our people now remember.”

“What truth is that?”

Gormfreith’s jaw clenched. “That this world was made by demons.” 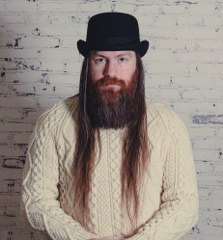 Sean E. Kelly has been writing fiction since 2009, and has no immediate plans to return to the real world.

He published his first novel in 2015 under the pseudonym John Gaiserich, but later unpublished it due to poor quality. His writing exploits were reinvigorated five years later with the publication of Aethyr, which received rave reviews, being dubbed “philosophical cyberpunk” by one reader. This was followed up in 2021 with the technothriller Omega Noir.

Sean’s latest novel, the fantasy epic Owl Totem, is the culmination of thirteen years of world-building and backstory, finally coming to light. The novel draws heavily on the author’s Irish ancestry.

When not indulging his overactive imagination, Sean works as an aviation professional and is an avid photographer. He currently resides in Pittsburgh, Pennsylvania.