Heather Myers has just released her newest Slapshot novel, Trainwrecks & Back Checks, and we get a fake romance for the sixth addition to the series.

This sixth book is the next to last in the series, and I for one have become so invested in these great characters that I'm simultaneously looking forward to the next book and dreading it, knowing that it completes the series. 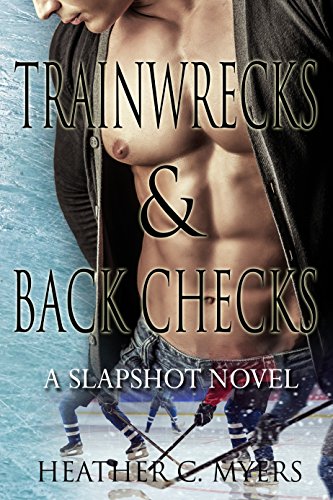 It's not pretend when feelings get involved...

As a veteran defenseman for the Newport Beach Seagulls, I know what it’s like to protect. Protect my net. Protect the puck. Protect my team.

I’m not even above throwing my gloves off if I need to in order to send a message to the other team.

My neighbor is a completely different story.

Chloe Summers keeps to herself and minds her own business. She’s cute in that sexy librariansort of way but I’ve never made a move. See, I like to keep to myself too. And relationship is not a word in my vocabulary.


But then I find out that she’s in trouble.

My protective instinct kicks in.

I tell her I’ll pretend to be her boyfriend in order to keep her from harm.

And then I realize she’s so much more than a sexy librarian. I want her, nearly as much as I want the Stanley Cup.

And I’m so close to both, I can’t f*cking take it.
-
The flowers all over my porch.
That was the first sign that he found me. After years of hiding, he found me.
I shouldn’t be surprised. He has money, he has charm, he’s even attractive.
But he’s been my nightmare for five years.
It’s why I don’t date. I don’t have many friends. I don’t even say hi to my gorgeous if stoic neighbor. I know he plays for the NHL. He’s probably just looking for some privacy.
But then, Art Jackman gets involved. It’s not his choice. And I sure don’t want him to know these things. Now, he does and I can’t hide who I am anymore.
When he gives me an offer I can’t refuse, I get to know Art more and I realize he’s not just gorgeous, he’s everything I want.
But will he even want me with my past finally catching up to me?

Trainwrecks & Back Checks is available on Amazon and is listed in Kindle Unlimited.

This sixth book in the Slapshot series is a fake romance, but it's a bit different than most. Art and Chloe aren't in it for money, fame, or any of the other selfish reasons for this type of romance. We've seen abuse before in this series, but this one gets a bit more up close and personal. Chloe's fear and worry from the moment she realizes that her abusive ex has found her so well done that it's almost palpable. Of course, the sexy Art comes to the rescue and their fake romance quickly starts to become something more. In spite of her fear and the dark elements of the story, Chloe has quite the bubbly personality and the stoic and protective Art is absolutely perfect for her. There are some parts of the story that are shocking and hard to read, but at the end of the darkness, there is hope and love.
While this one is part of a series, it works well as a standalone, but there are so many great characters in the Slapshot novels, that I can easily recommend the whole series.  Art and Chloe's romance is a solid addition to the series and is a compelling and entertaining read. 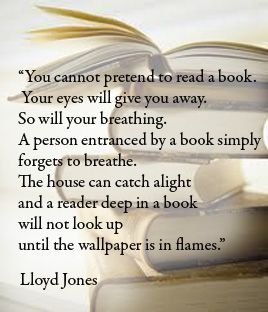