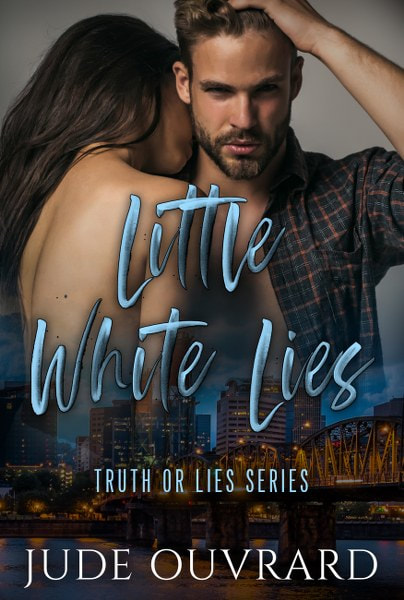 When Hunter Reed’s longtime plans go awry following her college graduation, she has two choices. She can wallow in her grief, or she can get away from Utah, and the people who broke her. Determined to escape the shadow of her parents and make it on her own terms, she lands her dream job at an up-and-coming graphic design company in Portland, packs her bags, and hits the road.

No sooner has Hunter arrived, than the adventures begin. With a new apartment, and learning her job comes with a private office—and a handsome boss who is her age—she settles in straight away, befriending neighbors and co-workers alike. Welcomed into the fold, the transition is smooth and easy.

Just when she gets comfortable with how perfect her life is going, an unforgettable Elvis at a costume party will make Hunter forget everything she was taught about propriety, leading to a night of drunken abandonment and dangerous encounters that will set in motion a web of little white lies which could undo everything she has worked so hard for.

Although Hunter finds herself facing two choices again, this time, her heart is on the line. 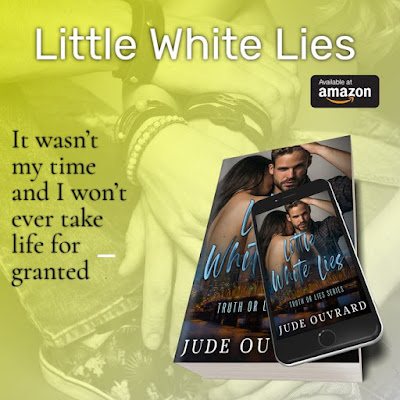 I close my eyes and again find myself resting against him while he holds me there, safe. I love how caring he is with me even though he has no idea who I am. Which is funny. Everything about tonight is funny. My costume, my attitude, his costume… it’s all a game, and for now, I’m having the time of my life. No need to worry about if my father finds out I went out in public like this. He won’t. I’m far from home. This is my life. It’s past time I start living it.
The more I think about it, the more hilarious I find the situation. I never would’ve done half of what I’d done tonight if it weren’t for Catwoman. It’s weird. Who am I? For now, the only certainty is that I’m a single woman who’s enjoying a night out in a new city.
“Are you feeling okay?” Elvis asks again, and his concerns amuse me.
“Yeah, yeah. I’m fine. Hey, if not for the costumes, would you have done all of this with me tonight?” I ask, uncertain if I want to hear his answer.
“You mean dancing, making out,” his eyes lower to my lips, “and drinking. Maybe. I don’t know.” A little frown forms a crease in the makeup on his forehead. “I think we’re having fun, and that’s all we should think about now.”
“Hey, Hunter,” Xander calls my name, and I turn around. The look on his face tells me something isn’t right. “Emma isn’t feeling so good, so we’re heading home. Are you coming? You’re looking pretty drunk yourself, maybe you should come, too.”
Elvis steps away from me, then, and I can feel indecision tugging me in half. On impulse, I call back, “You can go, I’ll call a taxi later.”
There’s no way I’m leaving now; I’m having way too much fun.
“Are you sure?” Xander asks, his attention fixed on Elvis; it’s sweet of him to feel protective of me so soon after us meeting.
“Yes.” I nod. “Are we still hanging out tomorrow?”
“Sure, unless you end up marrying Elvis tonight.”
I start laughing. “In Vegas, maybe.” I laugh at my own joke for a few seconds more then turn to Elvis. “I have to say bye to my friend, I’ll be right back.”
I hook my arm into Xander’s, hoping not to trip. These heels have gotten harder to walk in as the night has gone on. The closer we get to the table, the more I can see how green Emma looks.
“Oh, my gosh. What happened to her?”
“She had one too many beers and her dinner came out her nose in the restroom,” Xander explains with a chuckle.
She’s worse off than me, and I feel bad for her. That must have hurt like hell.
“What’s up with you and the Elvis guy?” Xander asks.
“I don’t know. He’s nice.” I start laughing. “I don’t have a clue what I’m doing, Xander, other than having a good time. Maybe, for the first time in my life.”
He grins and squeezes me closer to his body.
“Hunter, I thought you’d forgotten about us.”
Despite feeling sick, Emma still noticed I’d been busy with someone. She cared, and I’m touched.
“No, no, guys. I’m sorry.” I hug Emma and regret it right away. She smells terrible. Vomit isn’t my fragrance of choice.
We walk outside, where the air is a lot colder.
“Will you be okay by yourself?”
Emma’s concerned, but she shouldn’t be. I can handle this. I tuck a strand of hair behind her ear.
“Don’t worry about me. Go home, drink a lot of water, and with any luck, tomorrow, you’ll be fine.”
“Okay, then, I’ll see you tomorrow.”
They depart in a taxi cab, leaving me alone. Elvis flashes in my mind, but I’m not in a hurry to go back inside. All the thumping music and elevated body temperatures were making me feel dizzy. The cool, fresh air is soothing, so I stay outside.
I look around and the city is quiet, it’s only in my head where things are kind of loud. I still feel the music vibrations in my pulse, and the touches of my mystery Elvis’ arms around my waist or teasing my bum. The few things we’ve said to each other replay in my mind.
I don’t know what I’m doing, I’m new to the dating thing. After so many years of being faithful to a man who dropped me, now I want to experience what people my age do when they are single. From what I know, Jared didn’t cheat on me in a physical sense, but it was clear he had eyes for someone else while we were together. I don’t let my mind think about the what ifs because it’ll kill my mood. We’re over. That’s all there is to say.
“Meeooowww,” someone says behind me, and I spin around.
“Are you lost, little kitten? Do you have a name tag or something? I would love to bring you home with me and pet you.”
His words repulse me. What kind of a pick-up line is that? It’s disgusting. “Eww, stop that. You’re gross.” 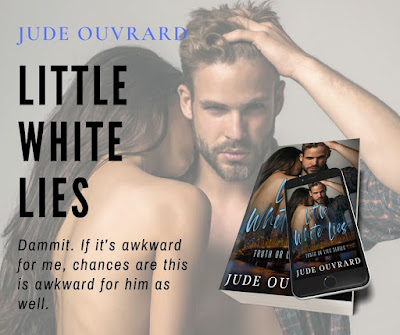 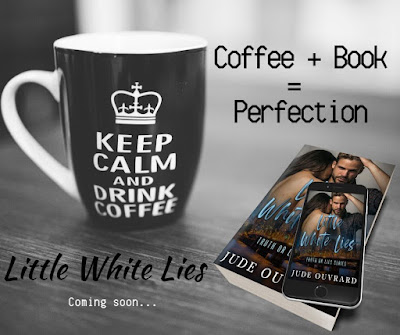 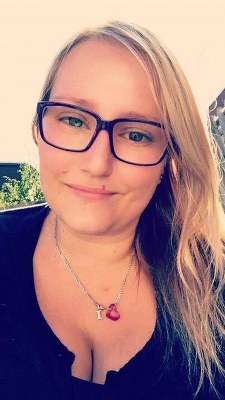 Jude Ouvrard is a mom, a girlfriend, a sister, and a daughter... well, you get the idea.

She's also an avid reader and writer. Ouvrard loves books--the words in them, and the worlds of fantasy they create. Basically, she's a sucker for any type of romance book. That's her thing.

Born and raised in a small village in the Canadian countryside, it's been nearly two decades since she moved out of the family home to go explore and enjoy the city life. Living with her longtime boyfriend, their son, and their fur babies in Montreal, her days are labored away at a law firm while she lives her dream job by night. Writing. Creating. Giving shape and form to the characters who whisper their stories in her head.

Ouvrard writes new adult, military, and contemporary romance tales filled with drama, love, and everything in between.