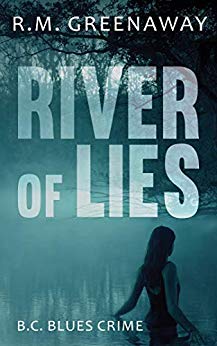 In rain-drenched Vancouver, detectives Dion and Leith work to separate truth from lies in two seemingly unrelated cases.February is the month of romance, but in North Vancouver it’s also become the month of murder. While the North Shore RCMP slog through the rain in the search for whoever left a young woman to die in the Riverside Secondary School parking lot — their first clue a Valentine’s Day card — a toddler mysteriously vanishes from a Riverside Drive home in the midst of a dinner party.With Constable JD Temple's full attention on the parking lot murder, Constables Dave Leith and Cal Dion work the kidnap … until a tenuous connection is made between the two cases, along with the thinnest ray of hope that the child could be alive and well in the hands of a childless couple. But when more tragedy rains down on the North Shore, lies must be unveiled before the ugly truth can emerge.

First, let me just say that I wasn't familiar with this series, and I had no idea that this was even part of a series until after I started it. That said, I didn't have any trouble following the storyline, or storylines, in this book. I was surprised that for a series that is five books in, I didn't find the characters particularly likable, not even the main characters who I assume are central to each book. Another surprising thing about this book was the almost lazy pacing. One of the cases is a missing toddler, and even with that one, I didn't really find a sense of urgency like I expected. The story was a bit scattered, and there were odd time jumps here and there, then the author would go back and explain. I don't know if there was a specific reason for the style, but it just didn't work for me. In the end, I think I liked the idea of this one better than the reality of it. It certainly sounded promising, but it didn't quite deliver.