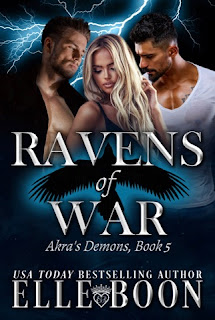 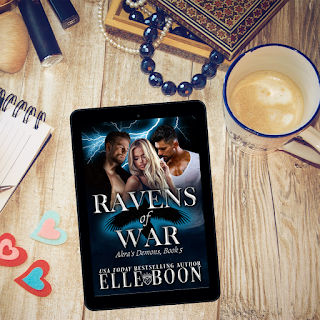 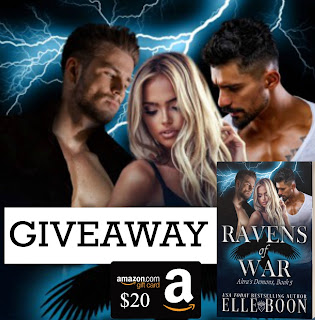 When the ones who are supposed to love and protect are the ones who—kill you, you tend to be a little jaded. Akra won’t let a little thing like death keep her down, much, except Hell is a long way down. AKRA—A rare creature of myth and power… The only thing worse than dying is being killed by those who are supposed to love and protect you, not once but twice. Thousands of years couldn’t dull the pain but it definitely sharpened Akra’s battle skills. Until she’s betrayed once again and given a new life, void of the strength she once possessed as a demoness. But when fate grants her the revenge she’s been waiting an eternity to achieve, is it simply a darker destiny set in motion from the past? BALKY—Half brother to Zeus… Cursed from the moment he’d been created, his true origins hidden behind a hideous veneer, he did what he had to survive. Balthazar knows all about evil, inside and out as he’s forced to do his master’s bidding, controlling the beast within himself lest he becomes the monster he loathes. Until he sees a being worthy of saving, sacrificing a part of himself, knowing it would likely cost his very soul. ICHIROU—A former demon-possessed Grim Reaper… Locked inside his own mind, Ichirou spent his entire life possessed by a demon who only allowed him slivers of clarity. The moment a being who willing gave a piece of himself to save him, Ichirou was freed from the demon, bonding with the man who thought he was irredeemable. Together they form a blood brother bond that’s shaken to their core by one crazy female—Akra. Viscerally, Akra is the perfect female... Except she’s a demoness. A being they both loathe. However, neither man can deny she awakens something deep within them, a primal part that had been dormant and shows no sign of going away. Akra is unlike anyone they’ve ever encountered and soon they realize she is their Fated. Can Balky with the blood of Zeus running through him, and Ichirou with the knowledge of his demon, save Akra from an old enemy and find happiness, or will history repeat itself? ***The Ravens of War Series continues In the thrilling fifth installment of Elle Boon’s world of larger than life heroes and powerful heroines…Get ready for a fast-paced, innovative play on mythology that will have you spellbound from beginning to end. Ps. You’ll probably wonder if a sane person wrote these, and the answer is…” Eh, what is sane?” Content Warning: Crazy demonesses rule in this book (We’ve already decided that is a word… ‘cause I made it up), Zeus Zeus Zeus. Um, did I say Zeus? Yeah, he is so unlike any you’ve heard of, and piles of smexy demi-gods and a mix of other beasts to spice up your life. Ps. You’re welcome “wink”.