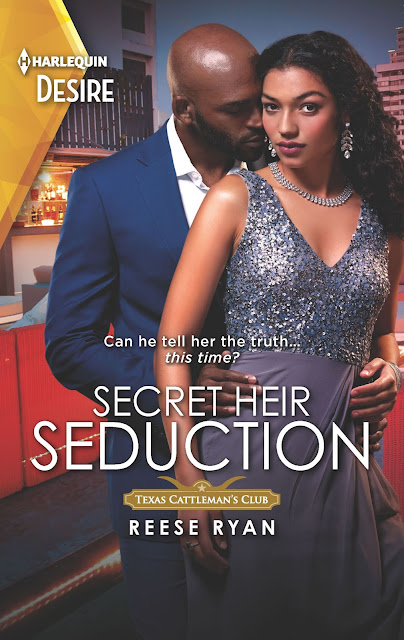 About SECRET HEIR SEDUCTION: Discovering he’s a long-lost heir isn’t the only surprise awaiting Darius Taylor-Pratt in Royal, Texas. He’s next door to his ex after five long years. Darius broke off his red-hot relationship with designer Audra Covington without explanation. He still has regrets…and truths he’s hiding. Rekindling their flame may cost him…especially when new secrets surface to threaten their second shot at seduction.

Secret Heir Seduction is a second chance romance, one of my favorite romance tropes. The romance angst depends a lot on miscommunication or a lack of communication, which isn't a favorite plot device, but Darius and Audra do have good chemistry. This is the fourth book in the Texas Cattleman’s Club: Inheritance series, but I was able to follow the other characters' well enough. There were a few things in the middle of the book that left me feeling like I missed something, but other than that, this one does stand on its own. The romance was good, but I enjoyed the parts with Darius and his siblings as much as the romance if not more so. The book was well written, the pacing was steady, and the characters were interesting. All in all, I enjoyed the book, and I would read another by Reese Ryan. 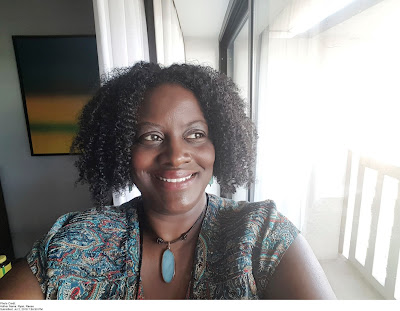 Reese Ryan writes sexy, contemporary romance featuring a diverse cast of complex characters. She presents her characters with family and career drama, challenging love interests and life-changing secrets while treating readers to emotional love stories with unexpected twists. Past president of her local RWA chapter and a panelist at the 2017 Los Angeles Times Festival of Books, Reese is an advocate of the romance genre and diversity in fiction. Visit her online at ReeseRyan.com.
Author Q&A for SECRET HEIR SEDUCTION by Reese Ryan (Harlequin Desire)

Did you always want to write romance novels?
I’m a latecomer to the genre of romance. But I’ve known from a very young age that I wanted to be an author, and a love story always played a central role in the stories I wanted to tell. When I started writing seriously again as an adult, I was really into chick lit. So I saw myself writing stories that fit into that genre. It was actually my critique group (which by that time had dwindled down to three guys and me) who pointed out that I was writing romance.

Please share in your own words what it means to get That Harlequin Feeling?
Growing up, I was an avid reader. What I loved most about reading was the rollercoaster ride of emotions and the chance to vicariously discover new worlds and life experiences that ventured beyond my local neighborhood. To me That Harlequin Feeling embodies much of the same. It means getting a glimpse into other worlds, exploring new experiences—good or bad—which expand my world perspective and deepen my empathy for others. But always leaving me with a sense of hope.

Can you share a recent book you have read that you would like to recommend?
I recently listened to the audiobook of LUSH MONEY by Angelina M. Lopez. It’s a marriage of convenience story about a rags-to-riches billionaire businesswoman who makes a deal with the prince of a bankrupt kingdom to spend three nights together a month for a year because she wants to have a child. It’s five-alarm-fire hot, but also just a really wonderful, lush love story with characters who have a lot of depth. I listened to a lot of the book while on the treadmill at my gym, and I can’t recommend the book/audiobook enough.

Harlequin Series celebrates 70 years of feel-good entertainment! Founded in May 1949 and a pioneer of the category Series romance model, Harlequin is a globally recognized brand with offices all over the world.
Unique to Harlequin are the category romance novels, which are short romance novels, usually no more than 200 pages, and about 55,000 words. That means you can finish a book in 2-4 hours, making them perfect binge-reading! Plus, they’re great for the budget-conscious reader, with print prices starting at $4.99 and ebook prices starting at $1.99.
Many well-known authors have written for Harlequin Series, including Nora Roberts, Brenda Jackson, Jeannie Lin, Sarah Morgan, Farrah Rochon, Debbie Macomber, Jayne Ann Krentz, Robyn Carr, Heather Graham, Susan Mallery, RaeAnne Thayne, and the list goes on!
Harlequin Series has twelve lines, with 66 brand new novels available each month. Turn the page to discover your favorite Harlequin Series line!
Did you know? 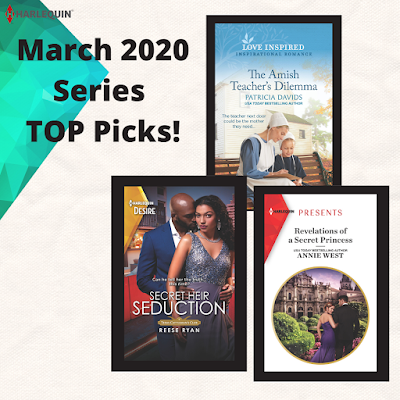