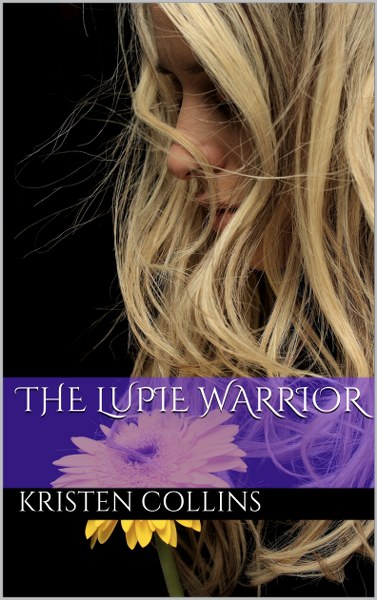 Kristen is your simple introverted girl, except for the fact that she suffers from Lupus. She has a simple life with a simple routine and that's how she likes it. Or so she thought... Derek is a workaholic businessman and is extremely focused on the family business, but his family harbors a secret.

At the bidding of his family to joyride on the way back from a business trip in Texas, he stumbles across the geeky and adorable Kristen wrapped up in southern grace. At a bar in a small town, something draws him towards her direction.

Is love at first sight real or will her own secret turn him away?

Our eyes locked with one another and the rest of the room disappeared. I stalked towards him, placing a hand on his tight chest; he was muscular, and those thoughts made chills crawl up my back. I stepped backwards, feeling like prey caught in the predator’s eyesight.
It was a strange yet enticing feeling, a powerful feeling that bloomed from within me. In my life, every day, I was a powerless victim to my disease and it bullied and victimized me every second, taking the most precious things I could afford. Robbing me like a mugger in an alleyway on the streets of New York. In these fleeting moments of life, I don’t often get to feel this addicting power that women held, a power that comes from the soul of every fighter.
He grabbed my hand and brushed his lips softly across my knuckles as we bowed to each other, as was the manner to start the famous tango dance. We circled one another in the ritualistic way as we came together full circle and Derek wrapped his arm around my waist. I placed my hand on his shoulder as our free hands locked together.
The tango has been called the “Dance of Sorrow” as it represented frustrated love and human fatality, although originally the dance was not so deep and serious.
Our feet slid across the floor as our heads looked away from one another. A small voice in my conscience whispered, hurry and walk away; you could never be enough for someone like him. He’ll leave you once he finds out what’s wrong with you. You’re weak and pathetic. I avoided eye contact as I let the inner voice win, it was right, but I didn’t want to leave. The struggle inside grew 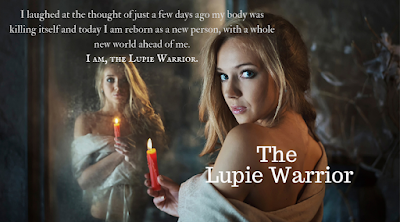 Momma Says: 4 stars⭐⭐⭐⭐
The Lupie Warrior is a quick read with quite the impact. Given the genre and the title, it's not hard to figure out where the story is going, but that didn't spoil it at all. I really liked the premise here, and to be honest, I think it's something anyone who reads PNR has thought about, especially when faced with a longterm illness, disease, or chronic pain - What if it were real? Rather than give too much away, I'll stop there. Suffice it to say that the story is well-written, interesting, and  Kristen Collins gets a lot in there for such a fast read. This one is perfect for a lazy couple of hours or a bedtime read to curl up with. 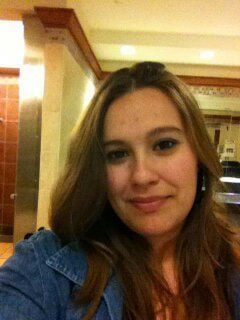 I'm a Native Texan, born and raised close to the heart of the great Lone Star state. I am 31 years old, and I was born in January of 89' and got to grow up during a great time. I honestly don't consider myself a Millennial, and really hate that title. Also I'm a part-time working secretary and a full-time mother/housewife, as well as a Lupus Warrior.

Having Lupus, means a life of inside living, and the sun is known as my arch-nemesis, my personal kryptonite. I wanted to leave a legacy behind, something my kids could one day look back on and say, yeah my mom did that.

Thanks to the encouragement of friends and family, I found a passion in writing paranormal romance books. Anything fantasy usually suits my novels and I tend to be able to reach anyone in multiple genres. Most of my story ideas come to me in the most unexpected time and places, such as my dreams. They will plague me non-stop until I get my rear up and write it out.

I like to explore new types of characters such as Sandmen and Boogeymen for example. I really wanted to give them their own world, such as A Sandman's Forbidden Love.

God has granted me success that I never imagined was possible., which led me to my obsession with the paranormal. Now, I know shifters aren't real but Angels are another story. So Angels are also a part of my obsession, I will sit on the computer doing extensive research on both Sandmen and Angels trying to get my facts straight.

Then, on the side, I create Art Journals that can be cross generational from thirteen to sixty years younger. My goal with these types of books is to reach people who need that extra feel good in their lives.