The New Husband
by D.J. Palmer 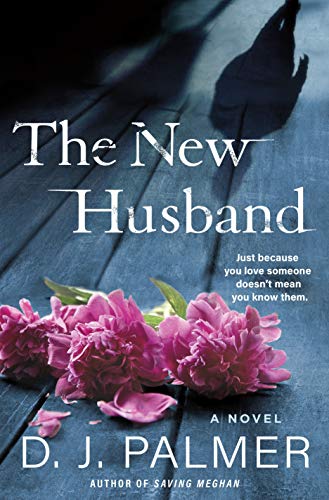 What makes Simon Fitch so perfect?
-He knows all her favorite foods, music, and movies.
-Her son adores him. He was there when she needed him most.
-He anticipates her every need.
-He would never betray her like her first husband.
The perfect husband. He checks all the boxes.
The question is, why?
Nina Garrity learned the hard way that her missing husband, Glen, had been leading a double life with another woman. But with Glen gone—presumably drowned while fishing on his boat—she couldn't confront him about the affair or find closure to the life he blew apart.
Now, a year and a half later, Nina has found love again and hopes she can put her shattered world back together. Simon, a widower still grieving the death of his first wife, thinks he has found his dream girl in Nina, and his charm and affections help break through to a heart hardened by betrayal. Nina's teenage son, Connor, embraces Simon as the father he wishes his dad could have been, while her friends see a different side to him, and they aren't afraid to use the word obsession.
Nina works hard to bridge the divide that’s come between her daughter and Simon. She wants so badly to believe her life is finally getting back on track, but she’ll soon discover that the greatest danger to herself and her children are the lies people tell themselves.

The New Husband has good tension, interesting characters, and a gritty storyline. The pacing is pretty steady overall with no serious lags along the way. Yet, it doesn't quite cross over from okay to really good. It does have a psychological element, and there are some decent twists. The problem is those twists are entirely too predictable. Don't get me wrong, the bad guy is sufficiently bad and creepy, and Nina is likable and easy to root for. That said, there isn't a single thing in this story that I haven't seen before. Whether it be in book form or in a movie or television show, this has been done and done again. That wouldn't necessarily be a bad thing if there were something to set this one apart from the crowd, but there isn't. The book showed promise, and I kept reading, hoping to find something that I didn't see coming or that I hadn't seen before, but it just didn't happen. So, in the end, it's not a bad story, but it isn't a great one either.