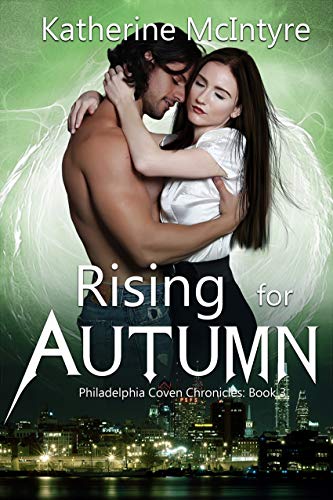 Crisis and danger have become second nature for Alanna Carrington—after all, as the boss of the Philadelphia Coven, she’s responsible for upholding the laws among the supernatural. So when the Order of the Serpent rears its ugly head, this time with the most powerful necromancer this city’s ever seen, she’s the one person who can keep Philly safe. Ex-Order djinn and now ally, Samuel Karim happens to be the best guy to help. Except he’s also the first man who’s stoked her interest in far too long, and ever since she commandeered the lamp he’s tethered to, he also hates her guts.As the Order gathers the necromancers of her city and sparks a dangerous alliance, she finds herself working with Samuel Karim more and more. Hatred burns to passion, and when he exhibits a strength and compassion that breaks through her ironclad defenses, she finds herself falling deeper despite the complications between them. Yet with her city under siege and their lives on the line, the sharp desire between them erupts into the temptation to break their own rules, before the Order of the Serpent robs them of the chance permanently.

Book 3 in the Philadelphia Coven Chronicles is Sam and Alanna's story, and if you're familiar with the series, neither of these characters is new. We just get a few more layers to them here. Of course, it's not all about the romance, although Katherine McIntyre does craft a terrific enemies to lovers story with these characters. This one's also packed full of the action, danger, and adventure that I've come to expect in this Urban Fantasy series.
This author's writing never fails to wow me, and that continues with this book. Part of that lays with the terrific flow and pacing of the story, and the wonderfully descriptive scenes, but a big part of that is due to the character development and world-building. McIntyre takes supernatural characters, and even when they are far removed from us mere mortals, she manages to humanize them. Well, most of them. There are a couple of nasties in this world she's created that are anything but human. What it boils down to is characters like Alanna and Sam have plenty of the supernatural in them, but they're also just like people any of us could know. Sam has such a sweet soul, but he's also scarred by a terrible past, and so badly wants to control his own destiny, and Alanna has the weight of the world on her shoulders and is all too serious more often than not.
The bottom line is Katherine McIntyre knows her stuff when it comes to Urban Fantasy, and Rising for Autumn is one more unputdownable read in a series of unputdownable reads.