The Rise of Orion Series Tour and Giveaway 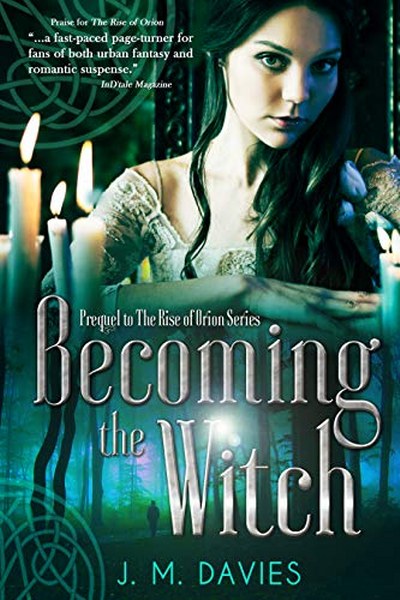 Becoming the Witch
Prequel to the Rise of Orion Series
by J.M. Davies
Genre: Paranormal Romance

This is the Haunting and evocative prequel to The Rise of Orion series.

As Miss Elizabeth Marshfield, I’ve never had a choice. My marriage to Sir Charles Dempsey is arranged. Love plays no role in this, but my sizable dowry does. On my eighteenth birthday, as I promise to honor and obey, eerie voices unlock a curse and an ancient magic I didn’t know I possessed, and they won’t rest until I answer them.
My husband suspects I ‘m mad—and mad, I may well be. But this cold-hearted brute cares naught for me as his mistress warms his bed.

I don’t know who I am anymore. Even the blacksmith, Barnaby, can’t disguise his contempt, despite saving me from a fall from my horse. So why does this insolent man affect me so? He reveals he’s a Roma called Raven, and the birthmark of the moon I have branded on my wrist proves I’m entwined in his destiny. Even talking with him could mean the hangman. But my heart has spoken, and I know nothing will ever be the same.

For once—I will choose my fate, even if it leads to a noose around my neck.

WARNING: There are graphic scenes that some people may find disturbing. Not for the faint of heart! 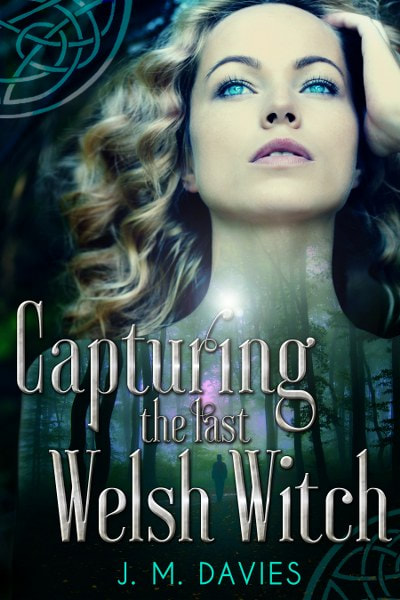 Capturing the Last Welsh Witch
The Rise of Orion Book 1

Ella Masters’s soul is five hundred years old and in each life, she has been fatally betrayed by men. This is her fifth and final life, and legend says she must meet her true love or this time death is eternal. Wanted for the murder of her latest boyfriend and on the run from the FBI, as well as the ruthless group the Elusti, it doesn’t bode well for any would-be suitors.

Marcus Drayton has a sixth sense when it comes to knowing people, which has helped in his career as a special agent for the FBI, as well as his previous stint as a Navy SEAL. His latest assignment is to deliver Ella Masters, the Witch, which will give him the prized promotion in New York. After he meets the mysterious Ella, and realizes the Elusti are involved, the ghosts of his past force him to seek the truth, making every one he loves a target.

As she runs for her life and freedom, Ella needs to discover whether Marcus is the warrior she needs. And can she trust him with her heart and soul before it’s too late? 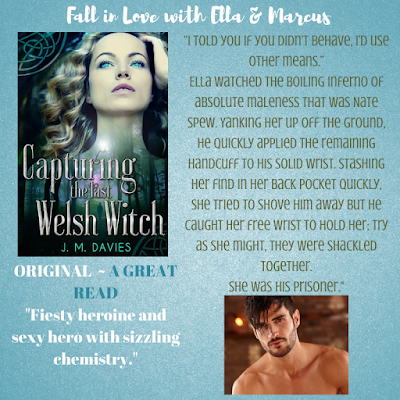 Marcus swiveled around, and easily lifted Ella off the ground. She immediately wrapped her long legs around his waist tightly, coiling her body against his. He groaned low and it sounded feral to his own ears as he pushed her back against the white-washed stone wall and nestled his lips against the hot pulse that throbbed in her neck. She arched her body into his and made a sound like a cat purring. Waves of pure animalistic need shot through him and his hands roughly shoved the thin satin nightgown out of the way to expose a sea of unmarked silky skin. Ella wore a pink lacy bra and a barely there matching thong that dangled a diamanté in the middle. Studying her body, Marcus wet his lips, mesmerized by her sheer beauty. He met her pleading gaze, and devoured her pink lips, plunging his tongue inside to tangle with hers.
Marcus knew he should pull back, he knew this was wrong, but his body reacted to hers as if under someone else’s control. Any rational thought evaporated. Taking his lips away from her mouth, he swiveled Ella around and laid her across the wooden kitchen table. Leaning over her, he watched as her hands snaked their way around his back to untie the apron and then they tugged his shirt out of his jeans. Ella was on fire; her skin was flushed and hot to the touch. She swiped her tongue across her plump lips and arched her body up to meet him. Marcus stared into the liquid depth of her eyes, mesmerized by the swirling pools of desire. God, she was the most beautiful woman he’d ever encountered, and hot. So damn hot.
She sat forward impatiently and practically tore his shirt off and gasped as she stretched her hands over his abdomen and bare chest. The velvet touch of her fingers over his skin drove him wild and he couldn’t hold back much longer. Ella twisted her hands around his neck to pull him down so their bodies met and rubbed against each other, causing a delightful friction.
Skin touched skin and a fire ripped through him. He licked his way across her collarbone and headed downward between her soft, round breasts. Quickly, he unclipped her bra as she lifted her back for him. A shiver of excitement and need gripped him as he stared at her pink, hardened nipples. He rubbed his thumb over the right hardened nub first and tweaked it, which caused Ella to let out a whimper.
She was so responsive to his touch and he loved it. Lowering his head, he captured her nipple in his mouth and sucked it. Her skin was blazing with heat. Ella wriggled and moved her hands downward to pull at the zipper in his jeans. This was moving fast, faster than he wanted. If they were going to have sex, he wanted to savor his time with Ella because he knew he would still walk away. He would have to.
A waft of burning onions made him lift his head. A loud ringing sounded in the kitchen and smoke billowed from the stove.
Shit. 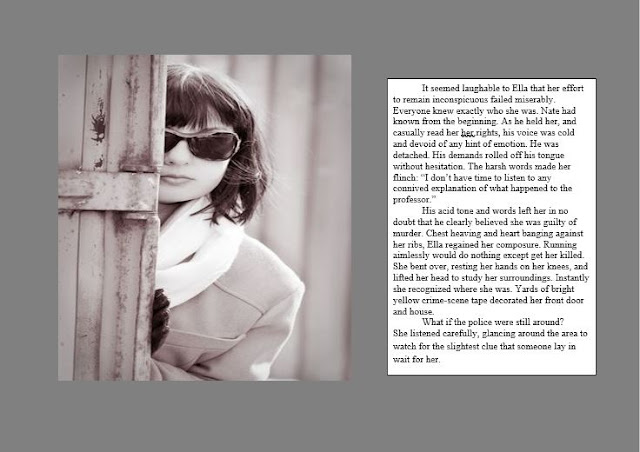 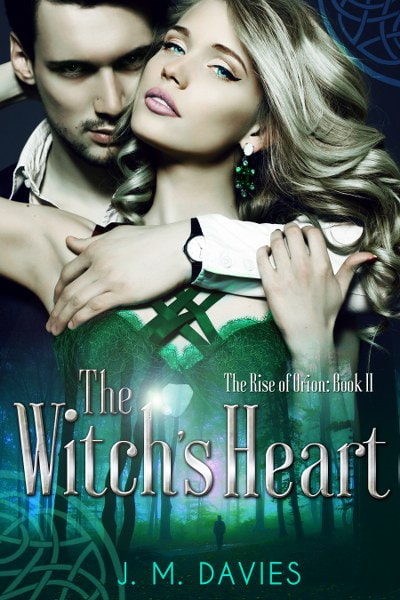 The Witch's Heart
The Rise of Orion Book 2

Ella Masters knew being married to alpha-male Marcus Drayton wouldn’t be easy. Now, she’s pregnant with his child; his protective nature is on overkill, leaving her frustrated as he ventures on one dangerous mission after another—without her.

However, the sinister professor and the nefarious Elusti remain at large, and she’s tormented about the future of her unborn child.

Stubborn, ex-navy SEAL, Marcus refuses to forgo his mission with the security team Orion as he is determined to put their enemies in the ground and remove the threat to his family forever. But when a mission involves an ex-lover, the carefully orchestrated plan goes to hell.

Ella realizes that destiny lurks in the darkness—waiting.

When the Elusti strike, Ella and Marcus are ripped apart by tragedy each blaming the other, but united on reclaiming what has been taken from them.

Will their love survive? Will they find a way to defeat their enemies once and for all? 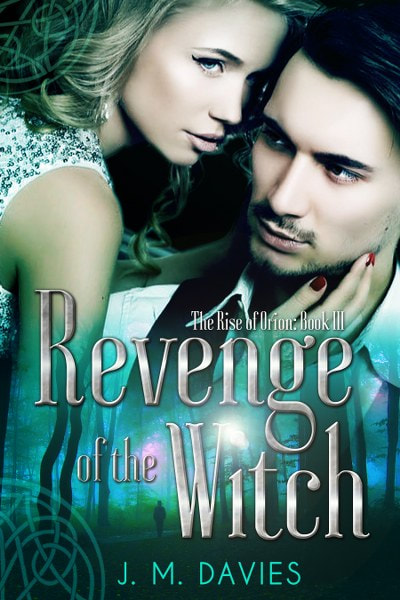 Revenge of the Witch
The Rise of Orion Book 3

Throughout her many lives, soul-shifter Ella Masters has been betrayed by men, and hunted by the Elusti, but that changed the day she met her soul-mate Marcus. However, when Zephra, a witch, predicts the end of days, it brings her maternity leave to an abrupt halt. Working as an agent at Orion, Ella vows to destroy her adversary once and for all.

Temporary leader of the private security firm, Marcus Drayton, has a mission to prevent all-out war. Attempting to forge an alliance between the humans and the supernatural races looks unlikely as the body count continues to sweep over the East Coast, and on the home front. As the stakes increase, lives are forever changed, and a need to confess a dark secret to his wife haunts him.

When Ella unravels a mystery—her world implodes. And when the true identity of the enemy is revealed—she learns revenge is a poison that ruptures the heart and devours the soul.

Will her love for Marcus survive when destiny calls? 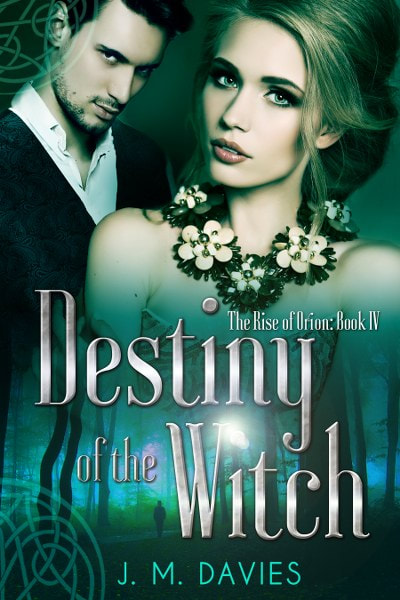 Destiny of the Witch
The Rise of Orion Book 4

In the thrilling climax of the Rise of Orion series, the stakes are higher than ever before as Ella Masters risks everything to fulfill her destiny.

As the last Welsh witch and soul-shifter, she has battled many enemies, but none as malevolent as the Morrigan. The devious goddess is determined to destroy not only her, but mankind as well. Betrayed by her lover Marcus Drayton, an agent for the security team Orion, and facing impossible odds Ella must find the strength to fight her deadly adversary—alone.

Marcus is desperate to save Ella. In a daring and calculated move, he surrenders himself to the Morrigan to prevent his soulmate from clashing swords with the harbinger of death. But has he underestimated what’s at play? When the seductive goddess, manipulates him—her true agenda in this twisted game is revealed.

With the world a battlefield and the very balance of nature under threat, will Ella and Marcus defeat their foes? Will destiny keep them together or tear them apart?

What Amazon reviewers are saying about the series..."This was a very original story and was very well written. The characters were well detailed and believable. The pace was excellent and didn't drag on at all. It was very hard to put down. If you enjoy fast paced paranormal stories that will keep you on the edge of your seat, then this is the series for you! The Rise of the Orion Series is truly outstanding!" 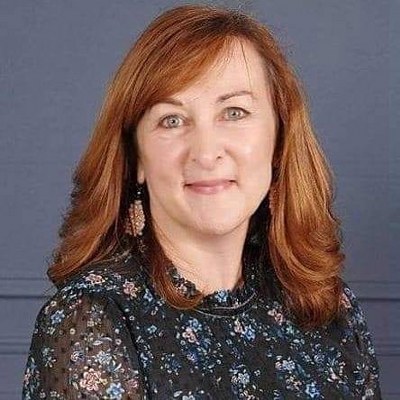 Multi-genre author, J.M.Davies, Jen, is originally from Wales in the UK, but she now resides with her family, one cat called Kitkat and a rescue hound called Ella in a small-town north of Boston.

She is a former nurse/midwife, who loves reading, and bringing people together. Since she could read, Jen has enjoyed an eclectic taste in books, but loves all thing's romance, and from her love of the written word stemmed the desire to create her own satisfying stories. Although, a shortie at only five feet tall, she has a big heart and hopes that is evident in her storytelling.

Her debut adult paranormal novel, Capturing the Last Welsh Witch, (book 1 in The Rise of Orion Series) was published in 2015, and it was created out of her fascination with witches in Wales and New England. Mix that together with her love for mystery and romance then enter the magical world of The Rise of Orion series.

She is often inspired by her surroundings and chooses setting for her novels based on her many travels and adventures. `All her books are available worldwide in Ebook and print format.

She also manages a romance only book club called Babes with Books. The group meets once a month to discuss the story and chat with the author.

More recently, she has become a chairperson for the Fall in Love with New England Conference organizing the book signing.

The Girl From Silent Lake Tour and Giveaway