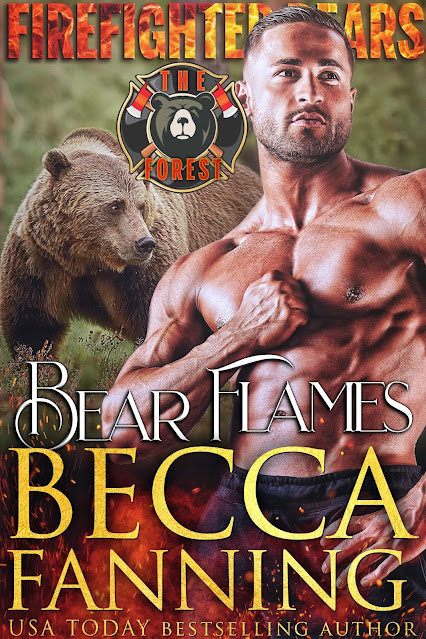 Out of the frying pan...
Jesse Haley is a failure. He's wasting his life away in upstate New York, in a small, no-name town, trying to drink away his guilt. He's succeeding, too, until he ends up in a bar fight, gets shot by a cop, and then gets run over by that same cop. Things have to change.

Kate Poole is a police officer. Her job is her life, and she's good at it. Her small town is more or less quiet--until Jesse Haley shows up, and her world is forever changed. Jesse is a bear Shifter, a man who can shift at will into a bear, something Kate had no idea existed. Regardless of what he is, though, she still needs to bring him in--after all, he broke the law.

As Kate is taking Jesse to the police station, a car catches fire and nearly kills Kate. Jesse, a former firefighter, saves her. He also happens to get released from his charges. Kate gets frustrated when she finds this out--and when she learns that because of all this, she's been fired. She figures out Jesse's fled back to New York City and follows him there, not sure exactly why--only her sense of dedication to her job and her twinge of infatuation towards Jesse lead her there.

Back in New York City, Jesse joins up with a new Shifter firefighter station under his old boss, Crichton. Things are awkward, and unlike his old band of firefighters, these guys certainly don't feel like adopted brothers. When Kate catches up to him, Jesse learns that she's lost her job, and the two start working together--and realize Crichton may be up to something. Unfortunately, a fight with Jesse's old group nearly ruins things--but, like family, they take him back anyway. With Jesse's help, Kate figures out what Crichton's end game is. Will they be able to convince Jesse's old crew, The Forest, to help abolish this threat?

Book three in the Firefighter Bears series brings us Jesse and Kate, who do not seem like the perfect couple. At least not at first. These two don't exactly get a sunshine and roses romance, and it's that way from the very beginning. Given how they meet, the book has a bit of enemies to lovers or opposites attract, maybe. They're certainly on opposite sides of some things in the beginning. Becca Fanning gives us a little bit of a slow burn on the romance for Jesse and Kate, but there is plenty of action and intrigue, as well as some figuring things out on Jesse's part. He has some grieving to get through, and he needs to find his place again. Of course, Kate is just the one to help with that. All in all, another engaging and exciting read from this author and a solid addition to the series.