✱✱Book Review✱✱ Blog Tour: A HIDDEN HEIR TO REDEEM HIM by Dani Collins

A Hidden Heir to Redeem Him 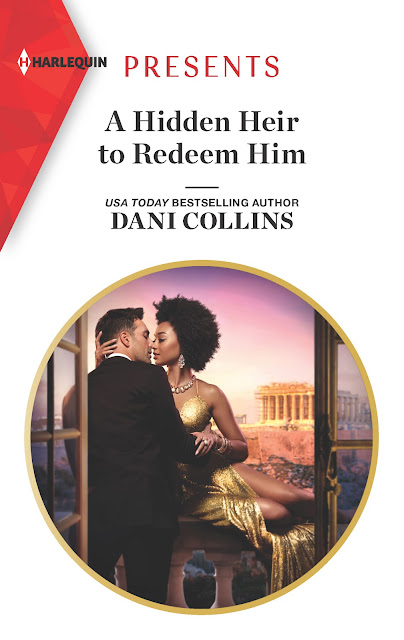 She kept their child hidden…now the secret’s out!

Valentino Casale is outraged to find Kiara kept their daughter a secret from him for two years! Forever branded by his own illegitimacy, the hardened billionaire wants to do things differently…

Kiara could never regret the consequence of her one delicious night with Val. Even if he turned out to be every bit as coldhearted as their night was hot! Yet behind Val’s reputation is another man—revealed only in their passionate moments alone. Could she give that man a second chance?

About Dani Collins: When Dani Collins found romance novels in high school she wondered how one trained for such an awesome job. She wrote for over two decades without publishing, but remained inspired by the romance message that if you hang in there you'll find a happy ending. In May of 2012, Harlequin Presents bought her manuscript in a two-book deal. She's since published more than thirty books with them and is definitely living happily ever after.

Momma Says: 3 stars⭐⭐⭐
A Hidden Heir to Redeem Him felt more like a short story than a novel or novella. I knew it was going to be a pretty quick read at a little over 200 pages, but there are a lot of unanswered questions, at least for me. I think the main thing for me is that these characters don't receive the development or growth they need for a successful relationship. I spent a good deal of this one really wanting Kiara to put Val in his place. I also had to keep reminding myself that this was based on a very different culture than my own. Otherwise, these women would've driven me a bit crazy. Nevertheless, this pair does make for some witty and fun banter, especially in the first half of the book, and we get a sweet and sassy little lady to keep them on their toes. I will say that the title is pretty perfect for this book because if anyone needs a bit of redemption, it would be Val. He doesn't display too many redeeming qualities except for his reactions to his daughter, and I wasn't sure he would figure the whole relationship thing out. It was near miss, and the author certainly held out until the final moments to get there, but for those who want to quit, I would suggest holding out until those last few pages. Val does have some redeeming qualities in there. It just takes a bit of digging. The epilogue does bring some resolution to the story as well as a smile and a sigh from any romance lover. To sum it up, this is a quick, instalove romance with surprisingly more after the insta part than before. I would say that anyone who enjoys a bit of instalove, secret baby romance will love this one.

“You knew she was pregnant? And you didn’t tell me?” he demanded of her.

“You were on your honeymoon.” His mother’s voice dropped to the syrupy, conciliatory tone that wheedled for him to take her side. “You didn’t need an ugly scandal.”

“Like the one I grew up in?” When had he last bothered to be angry? Truly furious? Maybe his last visit to this tower? Maybe it was the air in here that stoked his rage. The fetid stench of manipulation and jealousy and profound selfishness. “You live for making a scene. Blaming Niko for my shortcomings is your bread and butter. You could have used the baby for leverage all this time if you had— Oh, my God.”

Val hooked his hands on his hips and laughed drily toward the ceiling as he realized why she had preferred his baby be erased from existence.

“This is a new low for you, Mother.” He was un-characteristically, profoundly astounded. And sickened. “Or should I say… Nonna?”

“Do not…” she warned in shaken outrage.

“Oh, I will. Because your precious vanity sent her to him.” He pointed at Kiara then the folder rep-resenting the fortune that had been the reason for, and the bane of, his very existence.

This situation was abhorrently reminiscent of his childhood, when something clean and precious and his would be sullied and used as leverage and snapped apart in the struggle between his parents and his half brother and his father’s ex-wife, Paloma. Val’s wants and needs had never been part of any conversation. If they had, they’d been dismissed as irrelevant.

And Kiara had played along with all of that.

“Why did you tell her instead of me?” he demanded of Kiara.

Whatever culpability flickered into Kiara’s face was quickly schooled into something more facetious. “I guess I could have left a message with your wife?”

It was a darling effort at shaming him, but, “I’ve been divorced a year. You’ve had time.”

“There were circumstances.” She shifted uncomfortably. “Niko was ill and needed us there.”

“You’ve been living with him? This whole time?” If Val believed people were capable of true remorse, he might have thought the way Kiara bit her lip might have signaled regret.

He had played this game too long to believe she felt anything but glee, however, at claiming the pot of gold.

Walk away, he thought. Just. Walk. Away.

“He thought if you knew Aurelia existed, you would pressure me to leave the island instead of staying with him.”

Aurelia. It was the name of the villa in Venice where they’d spent their night together. The site of their lovemaking and, apparently, the conception of their daughter.

Every morning, when he gazed on Kiara’s sketch, he was back there on the bed with her, seated behind her in the rumpled sheets, teasing her into continuing with her study of the open balcony doors while he sampled the scent in her neck and tasted the smooth-ness of her shoulders and felt her breast rise and fall in growing excitement against his palm.

He swallowed, trying to dismiss any profundity in her bestowing that villa’s name on their child. He didn’t buckle to sentiment. It was a manipulation tactic. Everything was.

Even so, he couldn’t take his eyes off her as she turned her attention to his mother, showing no fear as she said baldly, “Niko didn’t want you or Paloma to know about her or about Scarlett’s pregnancy. He thought it would create more conflict than he could deal with in his weakened condition. Since he was terminal, we respected his wishes.”

It was so poetic, it bordered on sappy, but to keep the knowledge of his daughter from him for three years? He would never forgive any of them for this.

“We’ll wait for a DNA test before we continue this discussion.” Evelina took care to tuck her cashier’s check into her clutch. “Niko can’t overlook his son in favor of a child we’ve never seen. We’ll fight this.”

“You’ll be wasting your money,” Davin said. “There’s already a DNA test that proves Aurelia is Niko’s descendant. Her sample was correlated with the DNA test that proved Mr. Casale’s paternity. Niko was of sound mind. Further tests won’t change anything.”

Val didn’t need a test. He wasn’t so gullible as to take Kiara’s word, but his father had always been diligent about such fine points.

He didn’t care anyway, he assured himself. Not beyond how galling it was that Niko had gotten the last laugh, but so what? Val had never wanted offspring—one of the reasons his marriage had tanked—and he hadn’t wanted his father’s money, either. He had no desire to take responsibility for the child in possession of that fortune— Oh, wait. The girl was only entrusted with half. That meant any involvement he had with her would mean dealing with Javiero on some level, as well.

And all the while, his mother would continue to claw at him for her piece of the pie.

Definitely time to exit stage right. He certainly could. Kiara was financially equipped to meet the needs of his child. Nothing in his life had to change. In fact, his mother would become Kiara’s problem. The solution was elegantly simple and utterly freeing.

Yet, he remained where he was, coldly enraged. His insides were gripped by a wrath that swelled his chest with the pressure of a primal yell he couldn’t release.

He could hardly pick apart why this provoked such a volcanic rise of fury in him. It had something to do with the grotesque replay of history. While he’d been married to Tina, Kiara had been having his child, sentencing an innocent to the label he’d worn like a dead albatross until he was old enough to make damn sure he deserved the slur.

No. He might not have crafted himself into the most upstanding of men, but he was decent enough to pluck a child out of a toxic spill before she was lethally poisoned and scarred forever.

“Refuse that money,” he told Kiara. “My daughter will inherit my fortune, not his.”

“A minute ago you didn’t even want to know her name.” 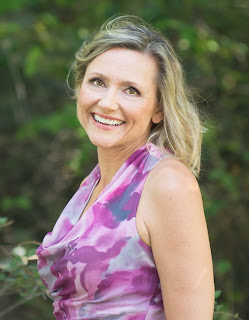 When Dani Collins found romance novels in high school she wondered how one trained for such an awesome job. She wrote for over two decades without publishing, but remained inspired by the romance message that if you hang in there you'll find a happy ending. In May of 2012, Harlequin Presents bought her manuscript in a two-book deal. She's since published more than thirty books with them and is definitely living happily ever after.