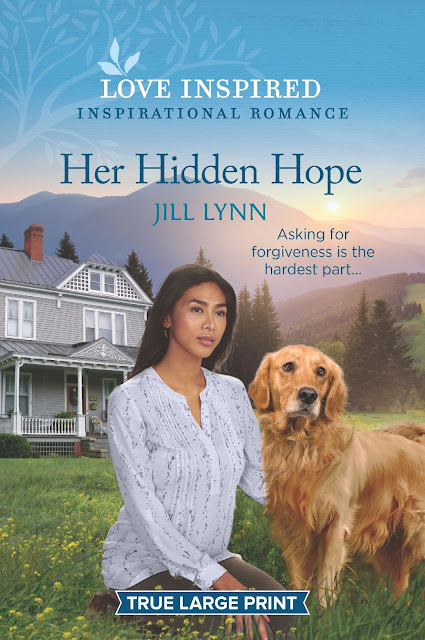 Asking for forgiveness is the hardest part. She once trusted him with her heart…but will she ever trust him with the truth?

With only two weeks to renovate her family’s Colorado B and B, struggling single mom Addie Ricci can’t turn away help. Especially not when it’s her handsome high school sweetheart, Evan Hawke, who’s offering to pitch in. As they repair the B and B, Addie and Evan also begin rebuilding their relationship…until a secret from their past threatens to bring it all crashing down.

Momma Says: 4 stars⭐⭐⭐⭐
Her Hidden Hope is my first experience with Jill Lynn, but it won't be my last. This is the fourth book in the Colorado Grooms series, but as a newbie to the series and the author, I didn't have any problem following the storyline, and as far as I can tell, this one is a standalone. The book is well-written with a steady pace, the characters are developed and likable, and the story is full of emotion. The feels run the gamut with this couple, and I really like how the author brings it all together for an inspirational, hopeful conclusion. Any time I can find characters that feel this real and a story I can get lost in, I'm all for it, and this is one of those stories from start to finish. 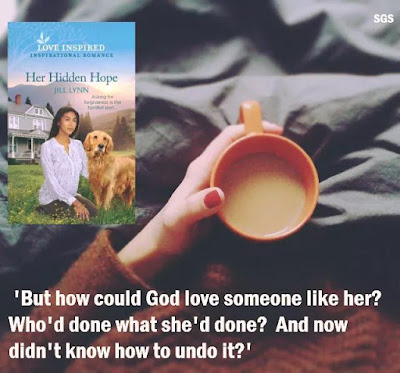 Addie was straddling a fence between the
fields of gratefulness and guilt, and she planned to hop down.
Soon.
Yesterday afternoon, she and Evan had knocked out painting the cabinet bases and doors. It had gone so much faster and better with his help. Then this morning the coun-tertops had been delivered, and Evan had recruited his brother to help with the heavy lifting.
They’d needed him.
After Jace took off, they’d spent the day attaching the countertop to the cabinets, cut- ing it, filing, gluing. Through it all, Addie had been looking for the perfect opening to talk to Evan, to bring up the past.
She felt guilty as all get-out accepting his help without him knowing the truth. And if finding out made Evan take off and decide not to lend any more assistance, she could live with that.
She just couldn’t live with the lie anymore. Even if telling Evan about Eli was the hardest thing she’d ever had to do, she had to do it.
“I all done, Mommy. I all done.” Sawyer dropped to the kitchen floor, proficient in dramatics. He’d spent the day playing with Belay and cycling through various activi-ties Addie had suggested for him—dunk-ing in a toddler basketball hoop out on the porch, Play-Doh, stickers, coloring. He had also succumbed to a nap at one point though he’d fought that option valiantly.
Addie had used a baby gate to block off the porch steps, confining Sawyer to either that space or the house throughout the day, and amazingly, that’s where he’d stayed. Likely the props for that should go to Belay, Best Dog Ever and Toddler Whisperer Ex-traordinaire.
“Can you at least move yourself over to the booth by the breakfast nook?” Addie asked Sawyer. Not that that option was much better. It needed work too. But the kitchen floor was a mess. A definite con-struction zone.
He kicked his legs. “I don’t wanna. Don’t wanna, wanna, wanna.” Belay nosed around the lump of crabby boy, licking Sawyer’s knees that poked out of his shorts. Sawyer giggled but still didn’t perk back up. Was he sick? Tired?
Addie knelt and checked his forehead. It was clammy, but in a running-around-all-day-need-a-bath kind of way. Not in a sick way.
Her phone dinged from its perch on the breakfast-nook table, and Addie stepped over Sawyer to check it.
“I got another reservation for Old West- bend weekend!” She yelped, and Evan popped out from under the kitchen sink, which he was reinstalling.
“That’s great.”
“And they’re staying all week.” She did a happy dance, and Belay joined her, tail wagging, mouth grinning.
Evan laughed that low chuckle that did too many things to her insides before returning to his dark cave.
The reservation was a huge relief. A stress, too, because of what still needed to be done to the B & B, but like Evan had said, it would all work out. Somehow.
It had to. 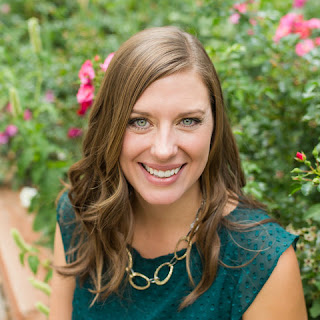 Jill Lynn pens stories filled with humor, faith and happily-ever-after. She’s an ACFW Carol Award-winning author and has a bachelor’s degree in communications from Bethel University. An avid fan of thrift stores, summer and coffee, she lives in Colorado with her husband and two children, who make her laugh on a daily basis. Connect with her at Jill-Lynn.com.
Author social links: 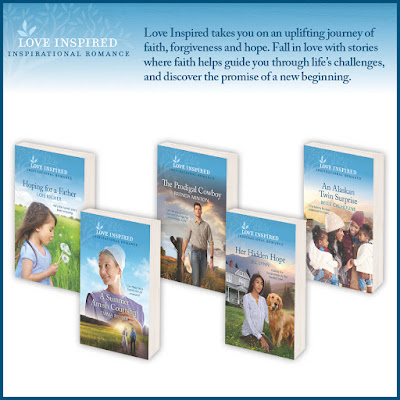