The Tech
by Mark Ravine 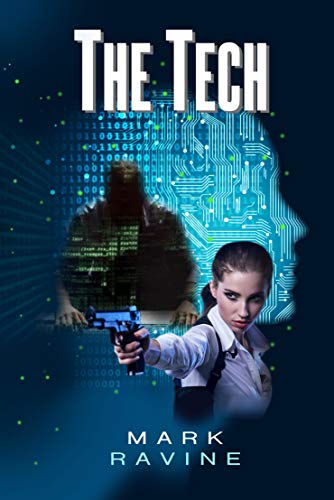 What offends her superiors most is that her intolerable antics have earned her one of the best track records in the FBI.

It’s too bad, some cases are better left unsolved.

When Cassidy is transferred to the backwaters of Arizona she finds herself leading a crew
with so many black marks on their records, it’s a miracle any of them remain employed.
Thankfully, their first case pretty much solves itself. But as Cassidy and her team continue
throwing bad guys behind bars, a creeping sense of suspicion grows. The cases are easy, a
little too easy, and troubling patterns become impossible to ignore.
Then things take a violent turn, and an elusive figure steps forward to help. But in a
conspiracy big enough to topple kings, every player has an agenda—and misplaced trust will
have devastating consequences.

The Tech took me by surprise in a couple of ways. First, I was a bit worried about the whole IT aspect of this story. To be honest, you can fit what I know about IT in a thimble and still have room left, so I was pleasantly surprised with the way Mark Ravine did the technical stuff. It's done in a way that even a layperson like me can understand what's going on.
Then, it's a debut! Now, there's not a single thing wrong with that. In fact, I quite enjoy reading debuts and finding that diamond in the rough, that new author I need more of. This is that book. The Tech is among the best debuts I've come across in some time as far as the technicalities go. It's well-written, the characters could use a bit more development, but they're reasonably well-rounded, the pacing is very good, and even though there were a few small lags here and there, the story kept me engaged - for 450+ pages!
The Tech is a crime thriller, and it is intense, but not in the way a lot of thrillers are. More often than not, I already knew what was coming, so the twists weren't huge, but the pacing kept it exciting despite that. I was okay with knowing what was coming, and I would still consider it a thriller, and I wanted to know what would happen next. So, what it boils down to is this is an exciting crime thriller that I'd recommend to anyone who enjoys the genre.