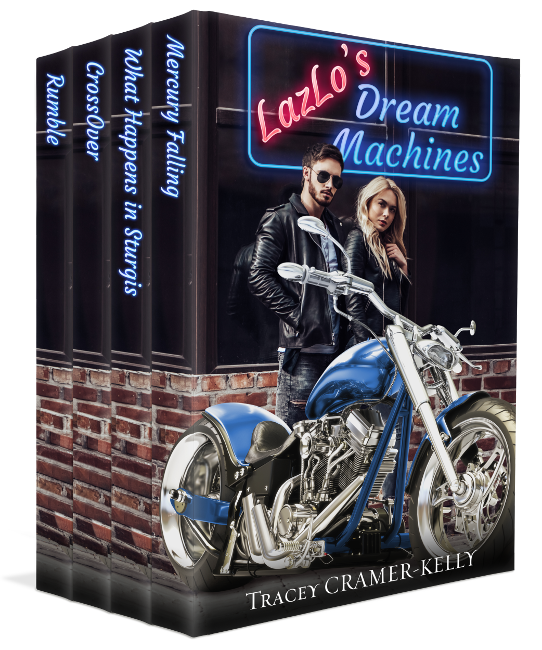 Welcome to LazLo’s Dream Machines, where the motorcycles are hot—and the men are even hotter! Some are just looking for a little romance, some are hiding deep, dark secrets. Come along for the ride...

The biker club Kerry “Mercury” Dawson joined as a teen may have lived life on the dangerous side, but they were the first “family” Kerry ever had. Even with his new job at LazLo’s Dream Machines, the club is still a big part of his life—until the day he crashes a motorcycle he wasn’t supposed to be riding, and wakes up in Lucy’s emergency room.

Lucy leaned toward him, and for a crazy moment Kerry thought she was going to kiss him. Instead she traced the edge of his tattoo with her finger, leaving a tingling sensation in its wake. “More art,” she murmured.

Desire shifted through him and he sucked in a breath.

He liked this woman.

But they were too different, he reminded himself.

She lifted her head slowly, as if sensing a change in him. Her hand flowed over his shoulder and her eyes met his.

The way she looked at him made his skin prickle with electricity. It wasn’t just that she made him feel attractive; it was that she made him feel… special. Which was so damn cheesy he thought he’d choke. But it was true; she erased the doubt and frustration and made him see himself in a different light…

Kiss me, her eyes said.

What Happens in Sturgis

The fact that Vince avoids kissing has never stopped him from getting what he wants from women. But now he’s shared a little too much with his new co-worker, Tori—and she’s made it her personal mission to change his opinion. Falling for each other is NOT in the plan. After all, what happens in Sturgis, stays in Sturgis. Or does it?

Vince was starting to wonder how long it took a woman to pee in the forest when Tori reappeared, silhouetted by the faint light low in the sky.

She moved cat-like toward him, and he dropped his foot to the ground to stabilize the bike. Instead of mounting behind him as he’d anticipated, she placed both hands on his shoulders and swung a leg over the tank, straddling it so that she was facing him.

Without thought, his arms came up to brace her backside. Her hands moved to grasp the collar of his leather jacket.

She pulled him into her, bringing his mouth to hers in a simple brushing kiss.

“Another session?” he murmured.

This kiss wasn’t like the others.  It was more… authentic. There was something behind it that hinted at a much deeper passion than she’d let on thus far.

“Whose pleasure?” he managed, a bit unnerved by the sensations slithering up his spine.

Before he could answer she captured his mouth again.

Holy shit, this is hot!

He shut everything else out. He became aware of Tori’s breathing, the way her back arched toward him…

His hands pushed aside her leather jacket, then wrapped around her waist, feeling the muscles taut across her stomach. It was breaking the rules, he knew, but he couldn’t help it. He caressed her waist and her sides, resisting the urge to slip higher, to the soft swell of the underside of her breasts.

“I love the way the Harley feels,” she murmured against his mouth. “Don’t you?”

Instead of answering her, he brought his hands up into her hair, pulling her deeper into the kiss. He experimented, running his tongue along her lip and teeth the way she had done to him. He could feel her gently prodding, persuading him to open his mouth to her.

The sensations along his spine started to collect low in his belly. Uh-oh. Was he going to ruin this by getting too excited?

Vaughn’s not thrilled when his boss asks him to work on a motocross bike. But what the bike’s owner, Gabby, lacks in height, she makes up for with her fierce competitive spirit—and mind-blowing kisses. Not everyone wants to see her succeed on the track, though, and Vaughn’s repair skills keep falling short. Is Gabby just not cut out for the big time, or is someone determined to get her off the race track permanently?

“Thought I’d take another crack at figuring out what’s wrong with the Kawi,” Vaughn said.

“We know what’s wrong with it.” Gabby’s eyes were shooting daggers again.

“Really?” Vaughn couldn’t quite keep the sarcasm out of his voice. This ought to be good.

Before Gabby could launch a response—and oh, she was spooling it up—Archie’s cell phone rang. “I gotta take this.” He looked at Vaughn, an apology—and warning?—in his eyes. Then he turned to his daughter. “You got this?”

Was Archie referring to the Kawi or to him?

Gabby’s mouth flattened into an unhappy line. “Yeah, I got it.” She jerked her head. “It’s over here.” Vaughn waited a moment, then followed at a leisurely pace. Did this girl ever smile? What would she look like if she did?

I want to make her smile.

Where did that thought come from?

Gabby came to a stop two feet away from the offending machinery and jerked her hand toward it. “You put the wrong fuse in it.”

“I’m not your sweetheart,” she growled.

As he knelt in front of the bike, he muttered, “Got that right.” She wasn’t sweetness; she was fire—and it was sexy as hell on her.

“I thought you knew what you were doing,” she said.

Who did this chick think she was? He tried to rein in his anger the way he’d seen Laz do it.

But he wasn’t Laz.

He stood so that he was towering over her. “Look here, sweetheart. I’m doing all this as a favor to Laz, who, as far as I know, is doing it as a favor to your dad.” Vaughn tipped his head toward the bike. “I don’t make mistakes with fuses. Or with anything else on a motorcycle. And I sure don’t need to take a barrel of shit from you.”

Something flashed in her eyes.

She slumped on the bumper of the truck, looking like she was going to cry.

Ah, Christ. He was no good with crying women.

Shop owner Lazarus "Laz" Lowenstein keeps his past carefully concealed, and for good reason. When a friend calls in a favor, he finds himself perilously close to the life he left behind—and to fledgling reporter, Nora Carlton. Helping Nora research a story is one thing; exploring his desire for the sheltered single mom is a definite no-no. Can Nora restore his faith in people… and love?

“Make it quick,” Laz said. “We’re running with the back of the pack now.”

Nora hadn’t returned by the time he finished gassing up. He sighed; what had he been thinking? Women were never quick…

A couple minutes later, Laz started to wonder if she was feeling all right. A glance around the station showed it nearly deserted (the way it typically was, he figured); there wasn’t a woman in sight he could ask to check on Nora.

Well, he could shout into the bathroom if he had to.

As he rounded the corner of the gas station, he saw three men behind it. His mind instantly registered the white packets they passed around.

And he recognized Axel.

Nora stepped out of the women’s bathroom only feet away from him.

He reacted instinctively. He grabbed her by the arm, pressed her up against the building… and kissed her.

He felt the surprised intake of her breath. “Those men there,” he whispered against her lips. “You can’t see that.” He kissed her again. “You understand?”

She hesitated only a moment, and then she wrapped her arms around his neck. Her mouth opened to him, and the rush of heat made him dizzy.

Nora kissed him like she didn’t give a damn about the drug deal going down only feet away. Like she’d been waiting for the opportunity all day.

He nearly got lost in it—until he heard the men move away. Heard their crude comments about what he and Nora were doing.

He buried his nose in Nora’s neck, relief thrumming in time with his desire. He was all too attuned to the feel of Nora’s body—and his definite response. A response she surely must be aware of…

"A little gem that packs quite a wallop!" - Meg

"I was swept away by this redemptive story full of chemistry and mystery!" - Kathy 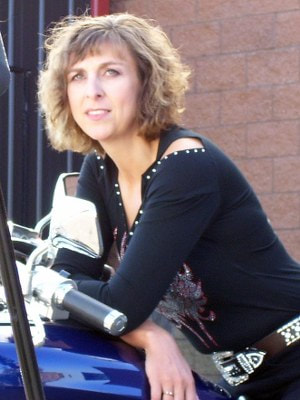 Many experiences influence Tracey's writing, and she has been known to undertake unusual endeavors (such as firefighter training and learning to fly a helicopter) just for the sake of the experience. Being an Army-trained combat medic and a "biker chick" for over 30 years has had significant influence in her books, but even “ordinary” events have struck a chord or inspired a character or plot idea.

In 2018 Tracey returned to school to recertify as an EMT (Emergency Medical Technician) and currently works at various sporting and music events when she's not processing orders for the family business (Leader Motorcycle) or working at a substance abuse counseling center.

Tracey lives in small-town Minnesota with her husband, two kids, and two cats. They are a true “soccer family” (she even worked as a referee for two years). She enjoys downhill skiing and spending time at the family lake place. She has also owned and operated an MC business, Leader Motorcycle, for 17 years http://www.leadermotorcycle.com/

Fun Videos by the Author
https://youtu.be/EShLUKu7pUQ 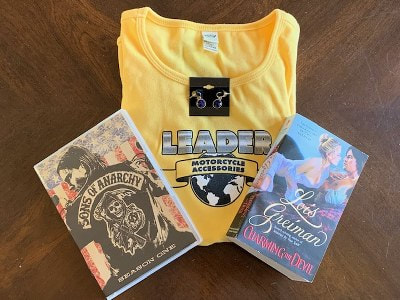 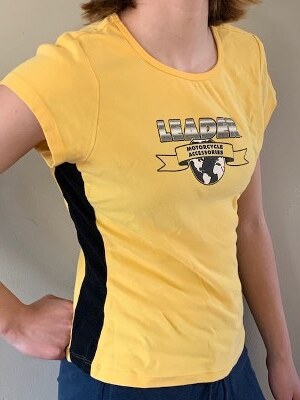 The Girl From Silent Lake Tour and Giveaway