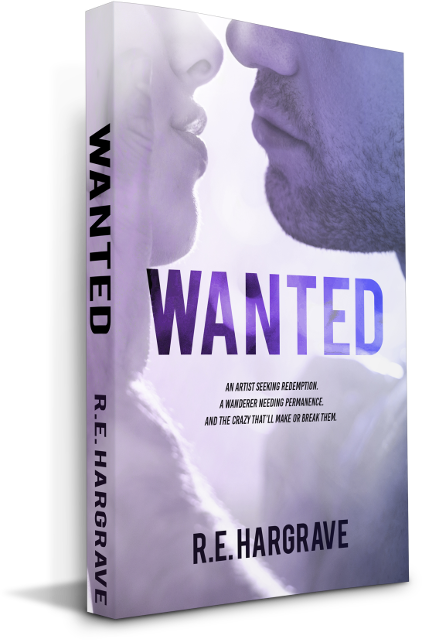 Wanted
by RE Hargrave
Genre: Contemporary Romance
Cover designed by JC Clarke of The Graphics Shed

Being designated the guardian of her young niece Tina is the last thing Gypsy Hartford expected. But when the State of South Carolina unceremoniously puts Tina in her care, Gypsy accepts it’s time to grow up and stop floating from town to town. Where does she start when she has no degree, no real friends, and no family besides Tina?

A want ad could be the answer to both their conundrums. Or it might open a whole new can of worms. Especially when you throw in a crazed author with an unhealthy obsession for her narrator.

Someone to run errands, cook, and handle minor cleaning. Must be quiet and self-starting as I work nights and sleep during the day. Compensation negotiable, including transportation and board. Discretion a MUST. 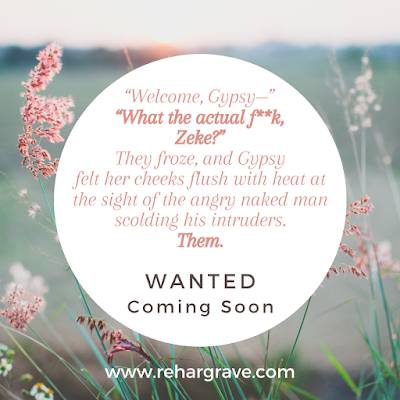 GYPSY:
“Man, did you go for a run or something to work up an appetite. There’s so much food,” Hyde said as he entered the kitchen, and startled her.
“Argh!” The pancake she’d been about to flip folded in on itself when Gypsy jerked at the sound of his unexpected voice.
“Sorry.”
The word spoken near her ear made her jump again. He’d moved close enough she could smell the clean scent of soap. All her senses went on high alert while she glanced back at him. His hair was damp and messy, like a rough rub of a towel was all he’d bothered with, and he was shirtless. She didn’t mean to stare, but the low-riding waistband of his lounge pants drew her eye. Gypsy took time appreciating the slight sculpting of his torso as she moved her gaze upward. When she reached his face, he was watching her, smug.
Busted.
“You’re smoking.”
Gypsy blinked. “Um, thank you...”
“No, behind you. Smoke.”
A gasp strangled her as she spun around to find the folded glob of pancake blackening in the pan. What followed was akin to a comedy routine as she rushed to grab the skillet and dump the charring food. Water splashed everywhere when she shoved the mess under cold water, in addition to sending a billowing cloud of steam up in her face—all as the smoke detector started chirping overhead.
Once everything was under control and pancake cooking had resumed several minutes later, Gypsy addressed Hyde’s initial question.
“Goobers and beer don’t exactly count as a meal, so I woke up hungry. Bacon?” she offered, picking a crisp piece from the pile she’d already fried, and biting it while Hyde stared at her lips.
“I never say no to an offer of good pork,” he quipped then reached past her to snag a piece for himself. Their bodies pressed together while he crunched on the bacon, and Hyde started to lean down.
The air left her lungs as warm lips found hers. Allowing herself a brief moment to enjoy his kiss, Gypsy had to force herself away lest she risk burning another pancake. Feeling flustered, she began rambling as she picked up the spatula.
“See how all the little bubbles have popped? That’s how you know it’s ready to flip.”
He was still close. So very close.
“That’s the trick, huh? I always thought my mom was some kind of magician because her pancakes came out perfect and fluffy…” he trailed off, a shadow darkening his blue eyes even as his brow furrowed.
“Hey, you okay?”
Hyde shook his head, then smiled. It was almost real. “Yeah, sorry. Hadn’t thought about Mom like that in quite a while.”
She didn’t know his story, but his current demeanor and word choice hinted Hyde and Zeke’s mother was no longer around. He seemed so sad all of a sudden, and if anyone could understand family deaths, it was her. Against her better judgment, Gypsy clicked all the burners off then turned to face him straight on as she asked, “What happened to her?” 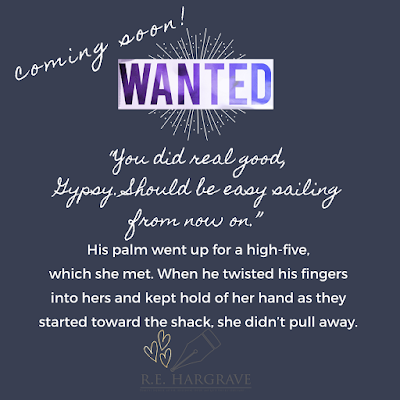 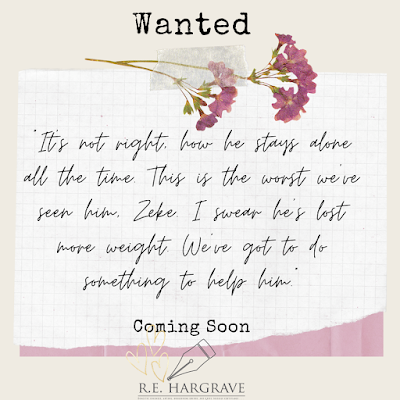 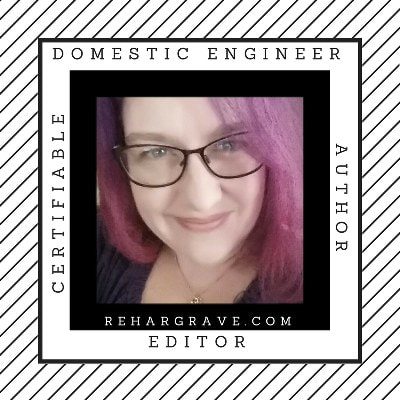 Domestic engineer. Author. Burgeoning editor. And quite possibly certifiable. Believing every story can shine bright with a bit of tenacious tough love, R.E. Hargrave is thorough and to the point.

An international bestselling author, she takes storytelling and manuscript polishing seriously, working with her authors and on her own creations to ensure they come to life, crawling from the pages and into the reader’s souls.

Visit the reveal HERE for special content and a giveaway!