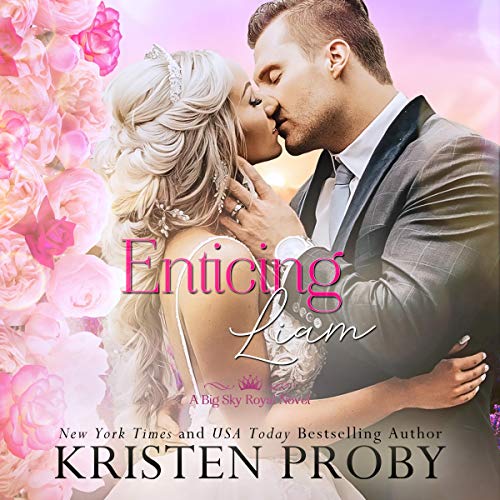 Princess Eleanor has had it up to her royal eyeballs. She’s surrounded by suitable men, each more rude and obnoxious than the last. None of them are worthy of her heart - not to mention her virginity. So what’s a girl to do? Flee to Montana to stay with her brother, lay low, and avoid both the media and the men, that’s what.

Liam Cunningham is the head of security in Montana for the royal family. For a man who has seen the worst of human nature in the Army, being in Cunningham Falls is a balm to his tattered soul.

Princess Eleanor, on the other hand, is a royal pain in the butt. She’s proven in the past that she’s a troublemaker. She’s also beautiful, smart, and everything good in life that he doesn’t deserve.

But when Ellie proposes the idea of Liam being her sex coach, how can he resist?

Listening to Enticing Liam, something occurred to me. This is my first Kristen Proby book. How on earth is that even possible? Then I realized that these narrators are also new to me. After dealing with the fact that I must have been living under a rock, I sat back and enjoyed the listen. And it is certainly an enjoyable listen. The idea of a royal in Montana is brilliant, and it's an ideal place for Liam and Ellie to fall in love. The story is a quick listen and maybe a little bit predictable, but that didn't take anything away from it. It's a delightfully fun romance about figuring out who you are and falling in love. The narrators, Lance Greenfield and Jennifer Mack do a terrific job with Ellie and Liam. I did wonder why Ellie's accent is only there when she speaks and not when we're getting her side of the story, but that's just a small thing and I only mention it because I noticed it. All in all, the story is a thoroughly charming little romance with likable characters you just can't help but root for.