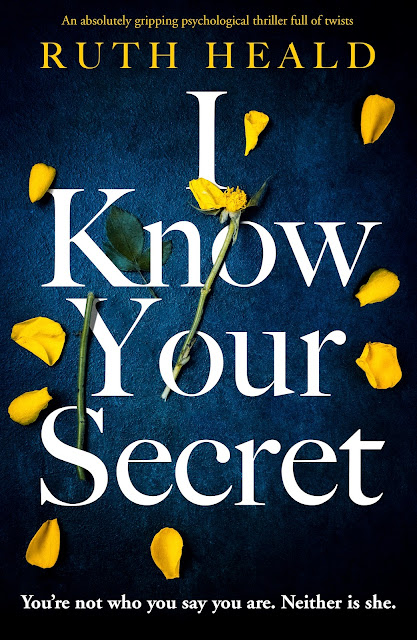 You’re not who you say you are. Neither is she.She thinks she knows me.She believes my marriage is falling apart at the seams, that my husband can barely look me in the eyes. She thinks I’m desperate for a baby, that my longing for a family keeps me up at night. As much as I hate to admit it, all of this is true.She thinks I listen to her advice, that I care about her opinion. That couldn’t be further from the truth.Because she has no idea who I am. She has no clue that I know everything.I know her secret. I know that she did the unforgivable. I know how many lives she ruined.I know exactly what she did. And I’m here for her.An utterly gripping, addictive and shocking read about the dark secrets we’re ashamed to admit, and the lengths people go to for revenge. Fans of K.L. Slater, My Lovely Wife and The Wife Between Us will be racing through the pages, gasping at the twists, and reeling from the explosive ending of this unmissable page-turner.

Momma Says: 4 stars⭐⭐⭐⭐
First, let's talk covers. The cover for this book is simultaneously unassuming and sinister with its flower petals strewn about, no longer attached to their stems. It's also a lovely cover that catches the eye, but it doesn't even come close to giving away the book's secrets. And that brings me to the second big thing I wanted to mention. I even jotted it down in my notes and underlined it. Secrets! This story has more secrets than you can shake a stick at. I did figure some things out, but Ruth Heald took me on a rather circuitous route so that I would guess one thing only to change my mind a bit later and quite possibly come back to that first guess a little further on. And that is what a good, twisty thriller should be. There were parts of the story where I felt like the pacing was slowing down, but looking back on it, I'm pretty sure the author was just lulling me into a false sense of security before hitting me with something else. After all, this one gives us not one, but two unreliable narrators, and at any given time, I was as likely to doubt one or both of them as I was to feel sympathy for one or both. I won't get into the details of this one so I don't give anything away - Just suffice it to say that I Know Your Secret is gripping and gritty, and it's a book I won't soon forget. 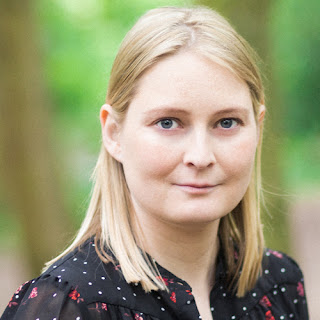 Ruth Heald is a psychological thriller writer from a suburban Buckinghamshire town. She studied Economics at Oxford and then worked in an eclectic mix of sectors from nuclear decommissioning to management consulting. Seeking a more creative environment, she found a role at the BBC and worked there for nine years before leaving to write full time. Ruth is fascinated by psychology and finding out what drives people to violence, destruction and revenge. She’s married with one daughter and her novels explore our greatest fears in otherwise ordinary, domestic lives. http://rjheald.com/ https://www.facebook.com/ruth.heald https://twitter.com/RJ_Heald 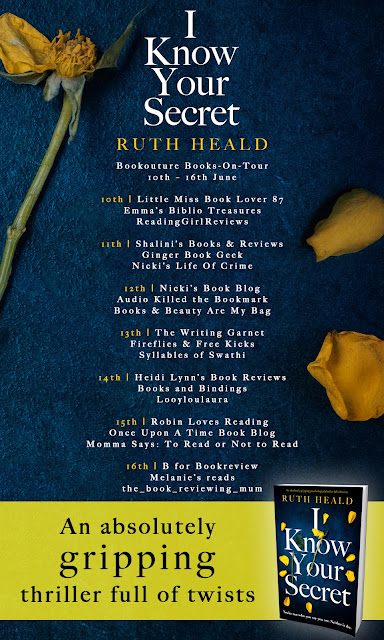 Email ThisBlogThis!Share to TwitterShare to FacebookShare to Pinterest
Labels: Bookouture