High Priestess Daena Vulatanne has spent more than a decade preparing to lead the Holy Order of the Water Goddess Anahita. The safety of the isolated community of women has always been paramount, but the arrival of a strange messenger forces her to question if their exposure is worth risking her role as the future leader.

Asha’s presence in the village threatens the secrecy the women have fought to maintain. While he carries a message for Daena’s people, he also holds the key to a rogue Order member’s lifelong ambition: revenge for the destruction of her brethren.

The purity and innocence Daena thought she knew soon gives way to evil and corruption. In a tumultuous time of deception, magic, and adventure, she must sacrifice something dear to her: her ideals, her devotion, or her life. 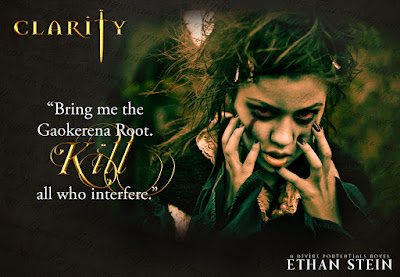 Mobed awoke on the floor within her own circle and with the torches along the wall dancing innocently. She might have thought the previous events merely a dream were it not for the dead knight’s body standing upright in the neighboring circle.

The short blond hair was now white, offsetting the ash-gray skin and deep-purple lips. Bony arms hung loosely at each side with fingernails tapered into points. The knight’s green eyes were now pure black and devoid of pupils. No breath came from the small frame.

Mobed crawled over to the table and used one of its legs to pull herself up to a standing position. She wheezed from the exertion, fighting both exhaustion and time—certain eons were stolen from her. Such was the inevitability when dealing with divine energy.

She steadied herself before addressing the dead knight now standing at attention.

“You are Rydoni no more. Flesh reborn, I dub thee Obien. Bring me the Gaokerena Root. Kill all who interfere.” 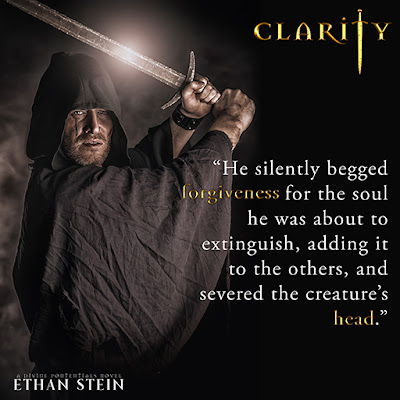 Ethan Stein was born in Buffalo, NY, where he developed a love for writing at an early age. While the beginnings were rather gory and incomplete, it was the start of something important.

In college, Ethan developed a far greater love and understanding of writing, even taking a few courses on how to be a better writer. It was there that he also began to develop the world of Mahrahspand, which was the foundation of his Divine Potentials Series.

His wife and two kids have been very supportive in his quest to further flesh out his fantasy world, and are eager to discover all that he has to offer.