Echoes of Love Tour and Giveaway 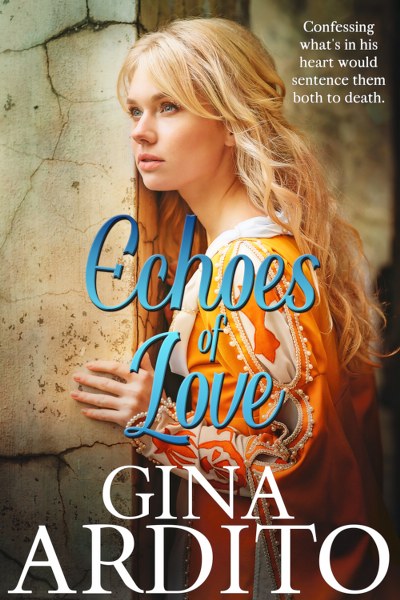 Royal governess Chesna Dubrow must protect the five-year-old king of Amatia from Napoleon Bonaparte's invading army. To do so, she'll be forced to wed one of the emperor's loyal soldiers. But Pietor Gabris isn't any soldier. Years ago, he broke Chesna's heart, forgetting the vows they'd made to love each other forever.

Pietor's return to Amatia is embroiled in subterfuge. Amidst the deceit surrounding him, he clings to the one truth he cannot ignore: his timeless love for Chesna. Yet confessing what's in his heart would sentence them both to death. To keep Chesna safe, he must portray the role of traitor, ensuring her animosity continues to blow hot and harsh.

As danger and intrigue swirl around the palace, can Chesna place her faith—and heart—with the one man she swore she'd never forgive?

“Take the prince inside the church, Chesna,” an urgent voice spoke low in her ear. “Request sanctuary from Father Grigory.” She looked up from the little boy’s bowed head and into the harried eyes of her father. “Hurry! Remember your vow to me. Get inside the church and stay there.”

Despite Bela’s prodding, she hesitated. If she fled to the church with Mikhail, she knew she’d never see her father alive again. Glancing between them, her mind wavered between fear for the little boy and fear for the man. How could she possibly choose?

A large red-haired man appeared out of the screaming throngs and grasped Chesna’s hand. Mikhail’s personal servant, Karol, wore the same terror in his eyes Chesna bore in her heart. “We must go now. There’s much to do and precious little time.” Without waiting for any argument she might attempt, Karol pulled Mikhail from her arms and scooped him against his chest.

She turned again toward her father, but the smoke-filled air and sea of people had swallowed him.

“Remember how much I loved you, Chesna,” her father called out from somewhere beyond her foggy line of vision. “May God be with you.”

Karol’s forceful nudge in her right shoulder pushed her toward the granite steps that led to the church’s entrance. She’d only reached the arched mahogany doors when a sudden clatter arose behind them. With her fingers clutching the cold brass handle, she whirled.

In their panicked flight, the townspeople had upset the funeral cart, which stood unguarded. The cart fell onto its side and the casket slid out, spilling the linen-wrapped bodies to the ground. Men, women, and children trampled the deceased royals beneath their frantic feet.

“No!” King Jarek raced forward to protect his dead wife and child from being crushed by the crowds.

As the king broke out into the open, one of Napoleon’s sharpshooters fired. A blossom of red appeared on King Jarek’s shirtfront, and he pitched forward, his arms thrust outward in a final attempt to shield his beloved wife from harm. He landed directly atop the two bodies, still.

She turned away from the spectacle, wrenched the door open, and raced inside the church with Karol, still cradling Mikhail, on her heels. They scrambled up the aisle, passing the empty rows of benches in a blur of gleaming brown. At the altar, Father Grigory lit the tall, pillared candles on either side of the church apse. The two adults fell to their knees on the scarred wooden floor with a loud thump.

“Sanctuary, Father,” Chesna managed to gasp with her last breaths, her hands thrust toward the priest in supplication. “I beg of you. Please grant us sanctuary.”

The old saying goes, if you love something, set it free, and if it is meant to be, it will return. In Gina Ardito’s historical fiction novel, she explores the idea of lost love, and bitter-sweet homecomings.
Set in the fictional country of Amatia, Chesna is the governess of the young prince Mikhail, as a means to ease her broken heart. Six years prior, her childhood sweetheart, Pietor was sent off to Russia, and soon forgot all about Chesna. However, fate will soon bring the two lost lovers together again, but under dire circumstances. As Napoleon’s armies march upon Amatia, Chesna finds herself caught between loyalty to her country, and what her heart desires.
Ardito does a masterful job blending real-life historical events, with a beautifully crafted love story. She crafts a suspenseful and engaging narrative, taking readers through historical events, and the inner conflicts within Chesna, and Pietor. The storytelling is beautifully done as Ardito explores the concept of long-lost lovers, betrayal, and learning to follow your heart. The narrative flows in an organic way, with tension masterfully woven throughout. The dynamics between Chesna and Pietor is natural, and their relationship is very well written.
Along with a tender love story, the author sets up a mystery that Chensa, and Pietor must unravel before it is too late. Readers will be on the edge of their seats, as they follow along in the race against time. Chesna must figure out who to trust, and who she can place her faith in.
For those looking for a suspenseful, yet tender love story, Echoes of Love is a fantastic historical fiction novel. Gina Ardito is a fantastic writer, and her novel will pull at your heartstrings, as well as leave you breathless.


“I honestly don’t know. If I believe you, someone whom I’ve known all my life wants me dead. I have nowhere to turn and no one whom I can trust. I am surrounded by enemies on all sides. Do you have any idea how that makes me feel?” 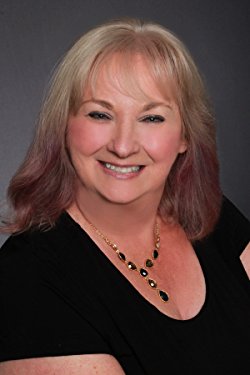 I kill houseplants. There. Now you know one of my greatest shames. I'm not boasting. I just figure that if you're reading this, you're looking for more than how wonderful life is as a writer. You get enough of that elsewhere. Ditto for political rants, how to lose thirty pounds in a week, and creating gorgeous crafts with nothing more than twine and soup cans. My goal is to connect with you, dear reader, even if you're not a writer, not a New Yorker, not a mother, not a female. We're human (unless one of us is a spambot), and what we have in common is flaws. So here are a few more of mine:

I sing all the time. I sing songs most people don't know--jingles from television, crazy stuff I used to listen to on Dr. Demento, Broadway and movie soundtracks, and I can even bum-bum-bum through instrumental music. I sing in the car. In the shower. While I'm grocery shopping. And I headbop while I sing. When I'm not singing, I talk to myself. Just ignore me and move on. You get used to it after a while.

I don't eat my vegetables. Seriously. I only started eating salad about ten years ago, but I'd still rather have a cookie.

Given the option, I would live in a mall where I would never have to worry about freezing temperatures or too much sun. I'm extremely fair-skinned and could burn under a 60-watt light bulb.

I can't sleep without background noise so the television's on all night. If it's too dark and too quiet, all I have are my thoughts. And even *I* don't want to be alone with my thoughts.

Don't ask me to Zumba, line dance, or march in the parade. I have absolutely no rhythm.

I color outside the lines. Not because I'm a rebel, but because I suck as an artist. My artistic ability is limited to being able to draw Snoopy sleeping on his doghouse. And I don't even draw that well.

Regrets. I have more than a few.

My favorite activity is sleep, and I'm pretty good at it. I don't clock a lot of hours, but I can powernap like a Persian cat and rejuvenate within ten minutes.

I consider shopping and dining out excellent therapy for anything wrong in my life.

My feet are always cold. Always. My husband of more than a quarter century claims it's because I'm an alien sent to Earth to destroy him. (He might be right about that.)

Coming to my house for a visit? Unless you've given me plenty of advance notice, be prepared. My floor will not be vacuumed, there will be dishes in my sink, and I only make my bed when I change the sheets once a week (I'm climbing back into it ASAP. Why make it?) Housecleaning is not high on my priority list. Okay, to be totally honest, it's not on the list at all.

I can resist anything...except ice cream.

Since this is our first date, I figure I've revealed enough secrets for now. But if you've read this bio and think I might be the author for you, pick up one of my books or stalk my website: www.ginaardito.com.