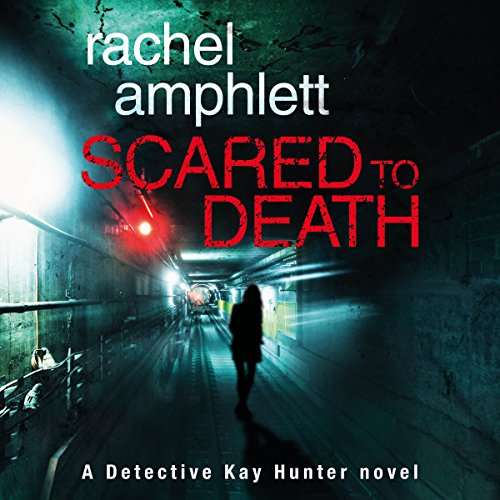 "If you want to see your daughter alive again, listen carefully."

When the body of a snatched schoolgirl is found in an abandoned biosciences building, the case is first treated as a kidnapping gone wrong.

But Detective Kay Hunter isn't convinced, especially when a man is found dead with the ransom money still in his possession.

When a second schoolgirl is taken, Kay's worst fears are realized.

With her career in jeopardy - desperate to conceal a disturbing secret, Kay's hunt for the killer becomes a race against time before he claims another life.

For the killer, the game has only just begun....

Scared to Death is the first book in a new crime thriller series featuring Kay Hunter - a detective with a hidden past and an uncertain future....

Momma Says: 3 stars⭐⭐⭐
Scared to Death was kind of a double edged sword for me. I liked the storyline and the characters. Well, I liked the characters we’re meant to like such as Detective Kay Hunter. Kay is an interesting character, and Rachel Amphlett gives us enough to like her without going overboard on the personal life. We do get some of that too, but the author keeps the focus on the case. That could’ve gone either way, I suppose, depending on what a reader likes, but I think it worked for this story and its characters.
Then we come to other side of that earlier mentioned sword. I ended up wishing I had read the book rather than listening to it. The case here is dark and gritty. We’re dealing with murder and some pretty horrible things that are done to the victims. Yet, the narrator, Alison Campbell, is just way too happy sounding for what’s going on. That’s not to say that there’s anything wrong with her voice. It just doesn’t work for this type of story in my opinion. She also sounds a bit too structured and uniform except for when she’s doing dialogue. Those parts work well and she feels like a good fit for Kay, but when she’s reading the regular narration of the story, it all sounds the same, and she sounds almost upbeat when that hardly fits with the storyline.
I suppose it all comes down to personal preference, and a quick glance at the ratings tell me that I’m in the minority here, but it is what it is. For me, the story is good, and I do want to continue with the series but not the narrator. In most cases I enjoy the audiobook version as much, if not more, than reading the book; that just isn’t the case with this one. So, after checking the rest of the series and finding out that the same narrator does the whole thing, I’ll be continuing this one by reading instead of listening.