✱✱Book Review✱✱ THE CHOSEN ONES by LISA LUCIANO 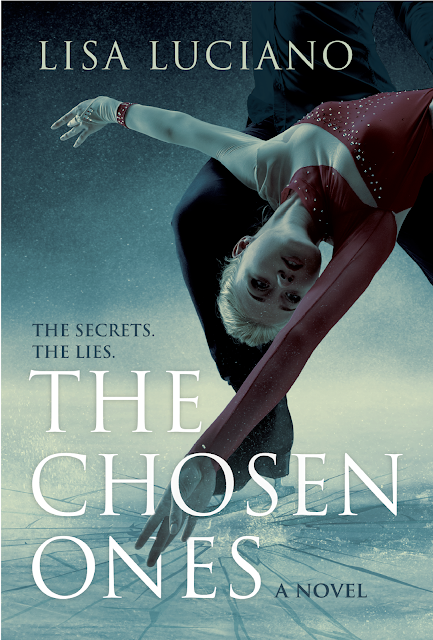 THE CHOSEN ONES IS MYSTERY / CRIME NOVEL THAT GOES INSIDE THE SCANDALOUS & ICY WORLD OF OLYMPIC FIGURE SKATING
If you thought the Tonya Harding / Nancy Kerrigan story was the biggest scandal in figure skating history, you are in for a surprise. It is just one of the many shocking and tragic scandals to rock the world of figure skating. Behind the glitz and glamour in the rink is a world filled with dark and disturbing secrets, corruption, greed, addiction, abuse, racism, homophobia, athletes at the breaking point, and countless suspects capable of murder in their quest for the gold medal.
Written by former NY Times Olympic reporter Lisa Luciano, The Chosen Ones (though fictionalized for protection) reveals shocking secrets inspired by real-life skaters and events. It is a darkly entertaining depiction of the scandal and social issues entrenched in high-profile Olympic sports.
A chilling message left on an answering machine warns that one of the world’s top male figure skaters will be dead before the end of the Olympics. A disgraced reporter has one chance to save a life and resurrect his career by going undercover as a trainer in order to infiltrate the backstage world of figure skating. What he discovers hidden behind the smiles and sequins, is a chilling and dangerously competitive world filled with corruption and scandal. In this non-stop thriller, only one person can win. Not everyone will survive.
Author Website:
https://www.lisalucianobooks.com

Momma Says: 4 stars⭐⭐⭐⭐
A mystery based in the world of figure skating - As a longtime fan of the sport, there's no way I could let this one slip by without giving it a gander. I remember the Nancy Kerrigan / Tonya Harding story. I remember watching it all play out in the media, and given the many pressures to bring home the gold, you have to wonder just how much further an athlete or someone athlete adjacent will go to win. This murder mystery may be fiction, but it sure was fun to guess and ponder which parts of the skaters and their lives were based on fact.
The story is written in third person, omniscient, so there's a lot of head hopping with little to no warning. If you aren't familiar with that point of view, it can be disconcerting at first, and some people never warm up to it. I'll admit it does take some getting used to, but there are so many moving parts in this book that I can't imagine only getting one or two perspectives. I did have to look back a few times to get which head I was in, particularly with some of the more abrupt jumps, but once I got into it, it was easy enough to keep up.
At its core, The Chosen Ones is a mystery, but it has the feel of a raw, unfiltered look at the lives of the athletes. What drives them, how far they push themselves and how far they can be pushed, and how far they're willing to go to get to that top spot. It has almost a tell-all vibe to it except that it's in story form, and what a compelling story it is. I'd say this one would appeal to both mystery fans as well as sports fans, particularly figure skating fans. And if you're like me and enjoy both the sport and a good mystery, this one should definitely be on your to be read list. 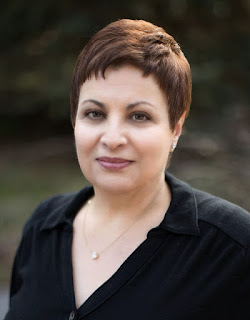 Former New York Times sports reporter, Lisa Luciano has a unique perspective into the icy world of competitive figure skating, which she writes about in her debut novel, The Chosen Ones. The book won multiple awards in advance of its release in May 2020 including Best Sports Fiction in the NYC Big Books Competition. Luciano was also a television producer and director who received national recognition for excellence in educational programming. A teacher with 40 years of experience, Luciano taught English, TV Production, Technology, and Digital Literacy and most recently worked as a Library Media Specialist. She currently resides in Connecticut.
Instagram: @lisalucianobooks
Twitter:  @LisaLuciano888
Linkedin: https://www.linkedin.com/in/lisa-luciano-39875a74/
Goodreads: https://www.goodreads.com/book/show/53296616-the-chosen-ones
BookBub: https://www.bookbub.com/authors/tanya-chris