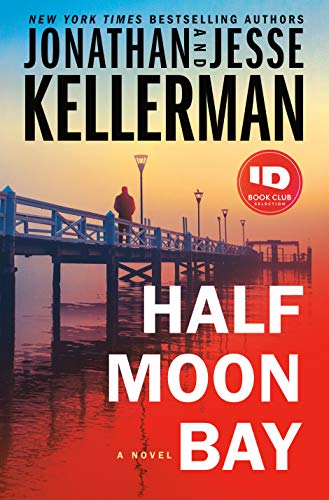 Deputy Coroner Clay Edison discovers that buried secrets can be deadly in this riveting thriller from a father-son team of bestselling authors who write “brilliant, page-turning fiction” (Stephen King).An ID Book Club SelectionClay Edison has his hands full. He’s got a new baby who won't sleep. He’s working the graveyard shift. And he’s trying, for once, to mind his own business. Then comes the first call. Workers demolishing a local park have made a haunting discovery: the decades-old skeleton of a child. But whose? And how did it get there? No sooner has Clay begun to investigate than he receives a second call—this one from a local businessman, wondering if the body could belong to his sister. She went missing fifty years ago, the man says. Or at least I think she did. It’s a little complicated. And things only get stranger from there. Clay’s relentless search for answers will unearth a history of violence and secrets, revolution and betrayal. Because in this town, the past isn’t dead. It’s very much alive. And it can be murderous.

Momma Says: 3 stars ⭐⭐⭐
Half Moon Bay is the third book featuring Clay Edison, and while I haven't read the first two, the authors do give sufficient background information. Plus, it doesn't hurt that Clay is a personable character. Despite that, I still struggled with this one. The case was interesting enough, but I felt like it got a bit lost. The writing was dry at times, kind of matter-of-fact, which didn't help, but then we had some lengthy descriptions of things that had nothing to do with the case. I can see the point in some of it. Clay is a new dad and has all the problems that go along with that as well as that new dad, proud as a peacock attitude, so some information about his adjustment gives us something we can connect with. Even if we don't have a baby, most of us have either been a new parent at some point or we know one, so it's easy enough to form a connection and to like Clay. However, I can't see how detailed descriptions of feedings, changings, tummy time, etc have anything to do with the case other than the bones are a child's and as a new parent, that gives Clay a basis for a connection. That doesn't change the fact that it felt like too much, at least to me, but it does create a catalyst for Clay to need to solve this case. In the end, I found this to be a story that had great potential but didn't quite live up to it. For me, it wasn't a bad story, but it wasn't a particularly good one either.
❃❃ARC provided by NetGalley and Ballantine Books