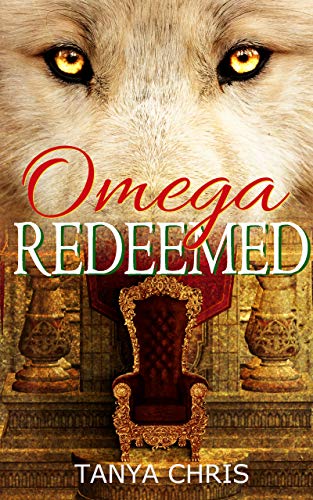 Is Quoitrel really supposed to arrest the most entrancing omega he’s ever met?

As North Leland’s sheriff, Quoitrel is responsible for upholding pack laws. Laws which were enacted to protect omegas. Laws that definitely prohibit prostitution. This Eastern Pack immigrant doesn’t seem to understand that, desirable as he might be, Quoitrel can’t allow him to open a bordello. But if Daisy needs care, protection—or sex—Quoitrel would be honored to provide him with all of it.

Daisy came to Northern Pack territory to escape exactly this kind of law enforcement—the kind that harasses and impedes sex workers. If the Northern Pack grants omegas autonomy over their own bodies, doesn’t that include the right to sell them? Daisy thinks so, and some of North Leland’s ruling class agree with him, but how to convince the sexy sheriff who thinks he knows best?

As the battle to determine which of Head Alpha Marta’s two sons will succeed her comes to a head, Quoitrel is fighting another battle. He wants to claim Daisy for his own. But the more he learns about Daisy’s chosen profession, the more he realizes this is what Daisy was meant to do. And the more he wants to watch him do it.

If you’re sex-work positive, if you enjoy hot voyeurism and consensual partner sharing, if you’ve been waiting for Prince Devin to get what’s coming to him, then this final story in the Omega Reimagined series is sure to satisfy.

Omega Redeemed is a novella in the Omega Reimagined series. It can be read as part of the series or as a standalone. This is a non-MPREG omegaverse.

Content warning: this story includes on-page sex outside of the primary relationship and has a non-monogamous resolution. If you’re looking for Pretty Woman, this ain’t it!

Momma Says: 4 stars⭐⭐⭐⭐
This sixth book in the Omega Reimagined series is a combination of tropes and genres. It's a fun and sexy romance with Quoitrel hopping onboard the voyeurism train with Daisy, but it's also full of danger and intrigue as the continuing story of omega rights plays out. It wasn't hard to see where that part of the story pretty much had to go, but that didn't take away from the tension of it. That part didn't end quite how I thought it would, but once that last page was turned, it felt like it ended the way it should. As far as the romance, Quoitrel and Daisy are a terrific couple. I would advise heeding the warning in the blurb because if you're expecting a Pretty Woman type story, you'll be disappointed. This couple has an entirely different kind of relationship, and it works perfectly for them. This whole series has been a blast for me. I've loved the characters and the couples, and even though there is a continuing storyline since the beginning, each book still works as a standalone. Since that continuing storyline wraps up in this one, I assume this finishes the series, and that's kind of bittersweet for me. I've become attached to these characters, and I dare say I'll miss them. The good news is the series is in KU so I can revisit from time to time. The whole series is full of non-MPreg Omegaverse fun with lots of steam and characters you can't help but love.
Tanya Chris has written a bonus Epilogue for this series, which can be found on her website

Tanya Chris writes feminist-friendly romance in a variety of sub-genres and pairings--most especially M/M. Born on the West Coast and raised on the East Coast, she's fact-based but thirsty for justice, and her books often include an examination of a current social issue, even when they're set in the past. As a lifelong genre-hopping reader herself, she admires character-driven work with a message, regardless of the form it takes.
Tanya is an avid rock climber, a long-distance runner, and a participant in her local community theater where she has tackled most roles, including playwright, actor, director, producer, and stage manager. Her travels, both for climbing trips and for cultural exploration, have brought her to places as fascinating as Egypt and as beautiful as the Dolomites, though there's no place like home.
http://www.tanyachris.com
Twitter: @tanyachrs
Facebook: https://www.facebook.com/tanyachrispublishing/
Goodreads: https://www.goodreads.com/author/show/15067939.Tanya_Chris
BookBub: https://www.bookbub.com/authors/tanya-chris