The Second Mother
by Jenny Milchman 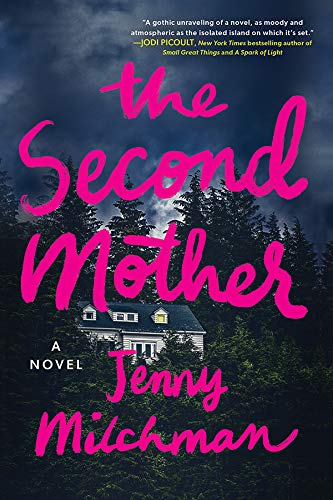 Opportunity: Teacher needed in one-room schoolhouse on remote island in Maine. Certification in grades K-8 a must.

Julie Weathers isn't sure if she's running away or starting over, but moving to a remote island off the coast of Maine feels right for someone with reasons to flee her old life. The sun-washed, sea-stormed speck of land seems welcoming, the lobster plentiful, and the community close and tightly knit. She finds friends in her nearest neighbor and Callum, a man who appears to be using the island for the same thing as she: escape.

But as Julie takes on the challenge of teaching the island's children, she comes to suspect that she may have traded one place shrouded in trouble for another, and she begins to wonder if the greatest danger on Mercy Island is its lost location far out to sea, or the people who live there.

Momma Says: 2 stars ⭐⭐
The Second Mother pulled me in with a great premise, but the execution came up lacking in my opinion. The story drags along to the point that I lost interest a number of times and set it aside for something more interesting only to come back and try again with the same results. There's a lot of dialogue, and I do mean a lot. That wouldn't be a bad thing except that there wasn't much going on otherwise. I also felt like the story got bogged down in unnecessary details. The author does a great job of describing the location, but a lot of the rest felt like padding rather than solid storytelling. For example, I really didn't need to know every time the dog ate or drank or every step of feeding the dog. Had the dog done something interesting, fine, tell me all about it, but I just can't find it in me to get the least bit interested in the mechanics of opening a can of dog food. And that's just one example. I did push through, although it took me much longer than I liked, and here's the thing - the ending was stronger than I expected given my feelings about the rest of the book. I feel like this one could've been seriously shortened, and it would've been better received, at least by me.
❃❃ARC provided by NetGalley and Sourcebooks Landmark