✱✱Book Review✱✱ The Shimmering: Dark Descent by A. k. Crook 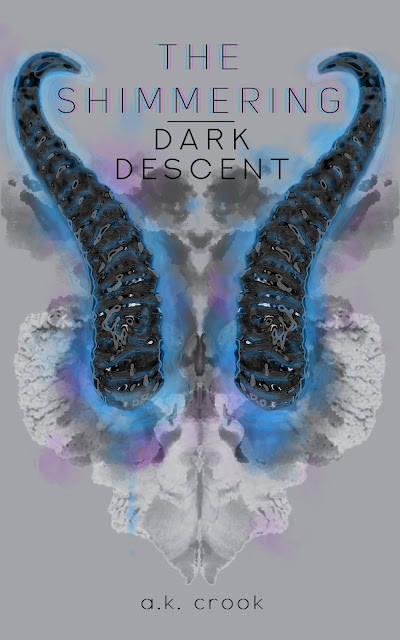 Book One of The Shimmering Series.

A psychological fantasy about a young woman who stumbles upon the world of her creators, only to discover she holds the key that will open the doorway to return home… and set the forces of evil free.

In the city of Saint Anthony, there is a realm of existence unknown to most mortals. Far below this urban landscape, in the cavernous bowels of the Underworld, Sinda journeys to discover fantastical lands, strange cultures — and herself.

When she is snatched from her homeland and thrust into the civilized world of humans, she comes face-to-face with the hardest quest she has ever encountered - find her way home or follow her heart.

Is the choice even hers?

The clock is counting down for Sinda, but time is not her only adversary — Nefarious beings seek her for their own devious designs, the Elders want to exploit her in a power play over their rivals and the godlike Solari’i hold her fate in their hands.

With each turn she takes, Sinda draws closer to her destiny — and the salvation of the entire Underworld.

A unique storytelling experience, with hints of global folklore, magick, psychology and dream theory. With compelling characters that lure you into their lives, a fresh and spontaneous approach to contemporary romance, and the exploration of the duality that exists within us all, this insightfully original Visionary Novella promises to satisfy fans of the Urban Fantasy genre — both seasoned and new.

The Shimmering ticks all my boxes for urban fantasy. It's fast-paced, it has engaging characters, and the story caught my attention very quickly, which is often harder than you'd think considering how much I read. Most important in my opinion is the world-building, and in this case, it's quite good. I'm always turned off by world-building done by way of info dumps, so I was glad to see that wasn't a problem here. There is a lot going on in this book, and we even get a bit of romance, or maybe a hint of romance would be a better description. To me, that element was kind of like a happy little bonus in an already enjoyable read. I'm trying to be as vague as possible so I don't give anything away, so I'll just sum it up with the book is well-written, and it's an impressive debut in the genre. I'd recommend this one to anyone who enjoys urban fantasy. 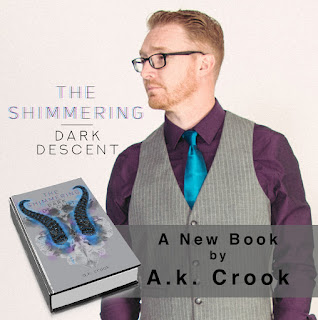 A.k. Crook graduated from the University of the Incarnate Word with a BFA in Photography and Communications Arts. He discovered a passion for storytelling through role-playing games and character creation. Some of his earliest short stories were offshoots from the characters he created.  Believing that their tales were too big to let die, he allowed them to take on a life of their own. The relationship between creator and the created is the premise behind his debut series, The Shimmering.

He currently resides in the city of Saint Anthony.

Forget Me, Sloane Brooks University, Book 2 By: Hannah Gray Narrated by: Joe Arden & Erin Mallon Five. That’s how old I was when I pic... 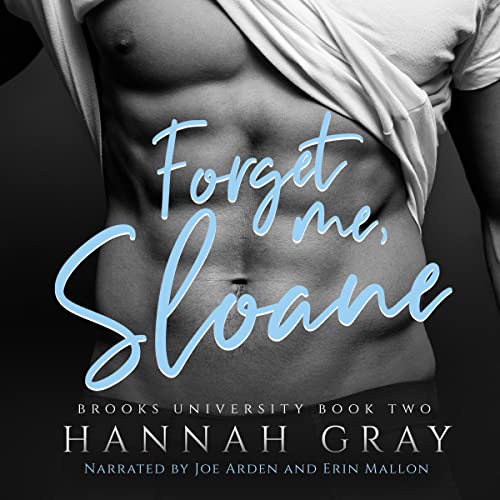