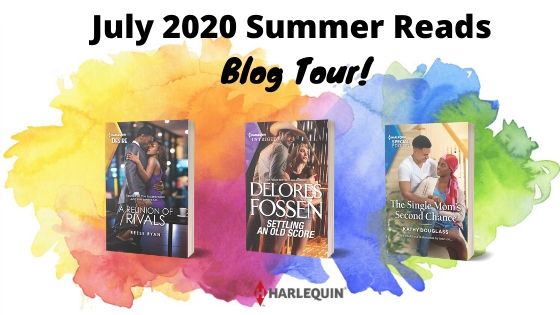 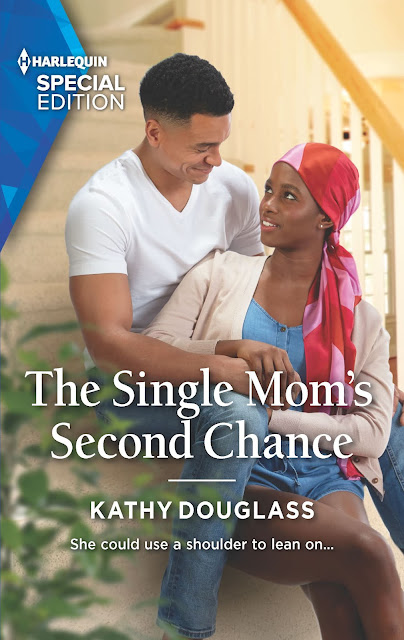 She could use a shoulder to lean on…Facing the fight of her life after a cancer diagnosis, widow Roz Martin is forced to ask her estranged brother-in-law to help care for her children. Being there for his nieces and nephew is a no-brainer for gym owner Paul Stephens. But being there for the woman who’d betrayed him by marrying his half brother is hard. Especially when he discovers the feelings he once had for Roz never died…

Momma Says: 4 stars⭐⭐⭐⭐
The Single Mom's Second Chance has some of my favorite romance tropes. I love a good second chance romance, and when you combine that with a small-town story, I'm in. That said, I struggled with this one a bit, but not because the book isn't good. It is really good, but Roz's cancer diagnosis hit me on a very personal level. I knew from the blurb to expect it, but I didn't expect it to hit me quite like it did. I suppose reading this just as I'm allowing myself a first sigh of relief on the heels of my husbands thankfully successful cancer treatment took a bigger toll than I thought. So, yes, that element was hard on me, but at the same time, the story kept me turning pages, and my heart went out to these characters. It's an emotional and compelling romance, and it was very easy to get lost in, so harder than I expected but so worth it. This is my first read in the Sweet Briar Sweethearts series, but it won't be my last. I was a little worried about being lost this far into the series, but that wasn't a problem at all.

Paul drummed his fingers on his desktop. “Do you want to get to the reason you barged into my office today? I’m sure it wasn’t just to look at me.”

Roz’s face grew hot as she struggled to keep from staring at him. As a teenager, he’d been dedicated to clean living and his body had reflected that. The years had been very good to him. He was six feet two inches of lean muscle. His brown skin glowed with good health, and his face was beyond hand-some, even with his eyes narrowed with irritation.

She took a breath but the word cancer clogged her throat, leaving her unable to speak. To her horror, her eyes filled with tears and her vision blurred. Blinking back the moisture, she forced herself to talk. “I need your help.”

“With what? Not that it matters. The answer is no. We don’t have that type of relationship. Remember? If you’d thought it through, you could have saved yourself the trouble and me the time and aggravation.”

“Are you still holding what happened when we were kids against me?”

“No. But I’m not willing to pretend that we’re friends either. And since Terrence has died, we are no longer family.” He made air quotes with his hands making it clear he’d never accepted her as part of the family.

“Do you consider my kids your nephew and nieces? Are they still your family? Do you still love them?”

“Of course I love them. What do they have to do with this favor of yours?”

“Everything. If not for them I wouldn’t be interrupting your workday.” The annoyed look on his face indicated that her time was coming to an end. Since there was no easy way to say it and she doubted the word would affect him the way it affected her, she just blurted it out. “I have cervical cancer.”

He blinked and jerked as if she’d given him an electric shock. “What?”

“You heard me.” She couldn’t say it again. Her voice wobbled and one of the tears she’d tried so hard to hold back escaped and then slid down her face. She brushed it away, hoping he hadn’t seen it. She didn’t want Paul to see her cry. He might accuse her of using her tears as a weapon, and she wasn’t pre-pared for that battle.

His mouth moved but no sound emerged. She could relate. She’d been floored when her doctor had delivered the news. Though she’d been sitting down, her knees had shaken like Jell-O in an earth-quake. Even now, it was a struggle to stand. But she couldn’t worry about his state of mind. She needed to get to the point of this meeting. “I’m going to be undergoing chemotherapy and having surgery soon.”

When he simply stared at her, his face devoid of all expression, she continued. “I won’t be able to take care of my kids. I have friends who will help me but that won’t be enough. I’m going to need live-in help. Hiring someone is out of the question. I don’t want my kids to have to adjust to a stranger in the house in addition to dealing with my illness. If there were someone else I could go to for help, I would. But there isn’t. Your mother offered to postpone their cruise again, but I can’t ask them to do that. Your father needs to get away from here in order to move past his grief and start living again. So I need someone—you—to come to Sweet Briar.”

Paul’s head was swimming and he fought against a sudden wave of dizziness. Cancer. Roz had cancer. The word echoed in his brain, then slammed repeatedly against his skull. It didn’t make sense. How could she be so sick?

She looked fine. She’d always been slender, with small breasts, a tiny waist and slim hips, but, upon closer examination, she did appear a little thinner than she’d been at Terrence’s funeral last year. Her white top was a bit loose and she kept adjusting the strap, preventing it from slipping off her shoulder. Although her face was as beautiful as ever, the spark in her eyes had been replaced by fear and her brown skin looked dull. Her lips trembled as she tried to smile. Apparently, her mouth refused to cooperate, and after a moment, she gave up the attempt.

“I know it will be inconvenient for you, but you’re my only hope. I’m determined to get well fast, so you shouldn’t have to stay for long. And Nathaniel is old enough to help with Megan and Suzanne.”

It took a minute for her rapidly spoken words to register. Was she still trying to convince him? Was she that uncertain that she could rely on him? “Of course I’ll come. Whatever you need.”

Her body sagged in relief. “Thank you.”

“To be honest, I wasn’t sure. I’d hoped you’d say yes but I came prepared to be turned down.”

Considering that he’d initially said no before knowing what she needed, there was nothing he could say in his defense. “When did you get your diagnosis?”

A week? And she hadn’t said anything to him? “Why didn’t you tell me sooner?”

Her eyes widened. “Are you kidding me? We haven’t spoken a civil word to each other in years unless there was someone else around. As you just pointed out, we’re neither family nor friends.”

The words sounded so much crueler now. He’d been unnecessarily harsh. Shame battered him, leaving him speechless.

“My oncologist is working on a treatment plan. He’ll have it together by Friday, with dates and schedules. I’ll check with you before I confirm any-thing with him, to make sure you’re available first.”

“You don’t have to do that. I’ll be there whenever you need me to be.” 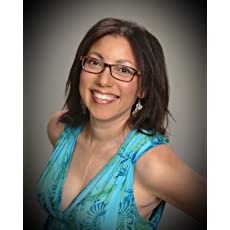 Kathy Douglass came by her love of reading naturally - both of her parents were readers. She would finish one book and pick up another. Then she attended law school and traded romances for legal opinions.

After the birth of her two children, her love of reading turned into a love of writing. Kathy now spends her days writing the small town contemporary novels she enjoys reading.

Kathy loves to hear from her readers and can be found on Facebook.