The Sound of Love Tour and Giveaway 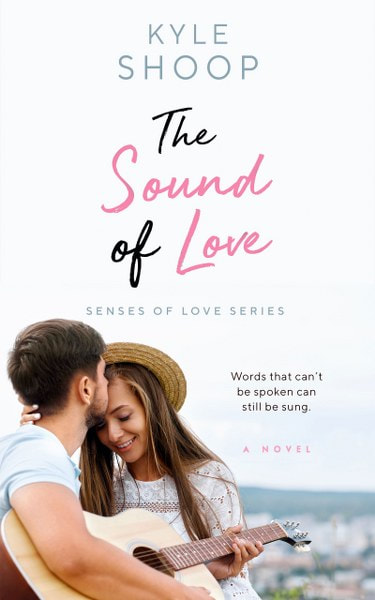 "Words that can't be spoken can still be sung."

Experience the compelling, heart warming romance of Charlotte and John as they express thru music what can't be said in words.

Charlotte and John grew up as young orphans in the secluded outskirts of a rural town. Each day, they’d sneak out to the nearby forest to escape the cold grasp of the orphanage’s tyrant-ruler. However, the safety that came from their friendship was suddenly ripped apart when they got caught.

Years later, Charlotte conquered the marketing world in downtown Portland. Having gained normalcy in her life since her days in the orphanage, Charlotte never expected her world to be turned upside down by John abruptly being thrust back into her life.

But the years since the orphanage had not at all been kind to John, leaving him unable to open up to Charlotte about the details. Can John’s love for songwriting be the key to finally opening up?

Would the reunited friends discover that John's rekindled love for music also rekindle their long-awaited, and much desired, love?

"I adored every second of this sweet, heartwarming story." - Amazon Reviewer

This book includes a free music soundtrack that can be listened to while reading along the lyrics contained in the story. The songs were written and recorded by the author, providing a unique way to experience this compelling romance novel.

Add to Goodreads * Get it FREE Here!

One of the common tragedies in life is seeing the world

around you degrade as time forges on. Eventually age may not

be seen as an accomplishment, but instead an unyielding

reminder that life will never again be as you once knew it. The

into a rustic ruin of familiarity. Those scenic images enshrined

as memories of significant moments in your life fade along with

your recollection of those memories. In time, the past that you

may have once cherished as treasured or ideal eventually

becomes an unrelenting reminder that the future will be a lot

But not for Charlotte – not at all. For her, the past was

not cherished, nor was it memorable. Rather, she had often

gone to excruciating lengths to forget her past. Once, she

stumbled upon a photograph in the newspaper of where she’d

grown up. Whether out of retaliation or an instinct for survival,

she set it afire, hoping that any memories she still had of the

the photograph. She then cancelled her newspaper subscription.

Charlotte’s life was the antithesis of human nature.

Indeed, it was the antithesis of nature itself. In college, she’d

learned about a law of nature called entropy. Under this law,

everything loses energy and degrades over time. Matter falls

away from each other into a lesser, more-chaotic state of

determined at that moment to do everything within her power

to avoid this from occurring in her life. She had to. If she was

to allow entropy to occur at all for her, then she might as well

be homeless. This is because homelessness was the natural step

from where she’d grown up.

So, rather than embracing the hopelessness of the natural

trajectory of her life, Charlotte instead did everything she could

to succeed. She declared a major at that same college, naturally

science. She then spent all of her time holed up in the campus

library focusing on educational success instead of allowing

herself to succumb to the temporary happiness that the other

girls sought in relationships or friendships. At nineteen years

old, she was the youngest person in her college’s graduating

undergraduate class. But nineteen was much too young to be

able to seriously jump into the workforce with any ability to

earn the salary that she knew she deserved, and which would be

necessary to pursue the financial successes that she thought

she’d earned. With her hard work, Charlotte became married to

the fact that she was deserving of a successful life. Not because

she was entitled to it or even belonged in that social arena, but

was worth it, even if the laws of nature disagreed. And she was

she knew nature did not want her to achieve.

For this reason, Charlotte declared her graduate degree in

marketing rather than science. She was not naive; she knew she

somehow lucked out in being attractive. If there was one thing

gifted to her from birth, she recognized that was it. With her

any large city. And once she got it with her looks, she was

confident that she’d then be able to impress the decisionmakers

with her wit and hard work to quickly reach maximum

earning potential. This is what she desired, but also what she’d

strived so hard to achieve to avoid entropy. Always, in the back

of her consciousness, was the self-doubt that she actually

belonged in the company of those decision-makers. She truly

believed that nature had selected her trajectory as eventually

being homeless, and she had cheated it.

Perhaps that was why she despised her short, daily

commute to her downtown office at the marketing firm which

Portland for where she’d begin her career. Perhaps it was

because the city was up-and-coming and becoming modern.

Chicago or Los Angeles was too daunting. Or perhaps it was

because of its close proximity to where she was originally from

in Battle Ground, Washington. That’s right – she grew up in a

battle ground, in all senses of the word.

But location had nothing to do with why she loathed her

drive to and from her office each day. Rather, that had

everything to do with Pioneer Square.

It was necessary to drive by some corner of Pioneer

Square to reach her building located just across the street from

the corner of that depressing city center. So, it was inevitable

that her morning each day would begin with seeing the

multitude of homeless men and women that congregated at

Pioneer Square. And at the end of a long work day, her evening

– by driving by that same dreadful square.

If Portland and its suburbs were becoming the modern,

happening location for young adults, then that modernization

was forcing the area’s homeless into the middle of the city. And

that middle was Pioneer Square. It didn’t matter if it was the

heat of summer or the dead-cold of winter, there were always

But it wasn’t actually the homeless individuals themselves

that Charlotte despised. Indeed, over the past year, she had

become visually familiar with the regulars. She began to

recognize many of their faces, and even looked forward to

seeing them throughout the week – so as to provide her with

the assurance that they were surviving despite the difficult

circumstances that they’d been given in life.

Over time, she’d recognize faces disappear from the

corner. It was sporadic and random with who would disappear,

and Charlotte never knew why. She began making stories up

about what the disappearing faces’ fates were, even though it

was just a ruse to shield her from reality. She’d imagine that

some of them decided to travel to other, larger cities – hoping

to start over anew there. Others were found by distant relatives

and provided an opportunity to improve their situation. And a

lucky few were fortunate to have found a selfless stranger who

would gift them with a new life – as if they had won the lottery.

someone from a wealthier class to start their life with anew,

Though these were all fantastical stories Charlotte would

imagine about complete strangers, they were all made up

dreams to avoid what she knew was the likely outcome of

several of the unfortunate individuals who had stopped

congregating at Pioneer Square. It would seem to many that

being homeless is the low point in life, but Charlotte knew that

the majority of people would stop being at Pioneer Square for

step from homelessness under the law of entropy. And if

Charlotte knew that she really belonged on that street corner

among her true peers, then she knew what the forces of nature

really wanted her ultimate fate to be. She was determined, at all

costs, to avoid this.

But on this cold, late January evening, Charlotte sat in her

warm, luxurious car on her way home. The stop light seemed to

linger on red longer than normal. The hue of the red light

pulsed behind the backdrop of snow being wiped off of her

windshield repeatedly from the cascading rate at which it fell.

intensified. As if drawn by natural instinct, she peered at the

square just to the right of her stopped car, wondering which of

the familiar homeless she would see battling to brave the bitter

Then she saw him. A new face. Actually, two new faces.

ignited her impulse to immediately get out of her car. One of 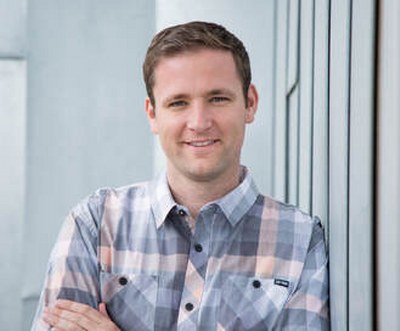 Kyle Shoop is a multi-genre author of compelling stories. His new "Senses of Love" series is a romance series that provides rewarding and inspirational stories.

Kyle is also the author of the Acea Bishop Trilogy, which is an action-packed fantasy series. All books in that series are now available, with Acea and the Animal Kingdom being the first book.

At a young age, Kyle was recognized for his storytelling by being awarded the first-place Gold Key award for fiction writing in Washington State. After spending several years volunteering in his wife's elementary classrooms, he was inspired to write the Acea Bishop Trilogy. He is now motivated to finish his the new romance series. In addition to writing novels, Kyle is also a practicing attorney.

Kyle and his wife and two children are currently living in Utah.