✱✱Book Review✱✱ Awakened by Him by Eyta Jade 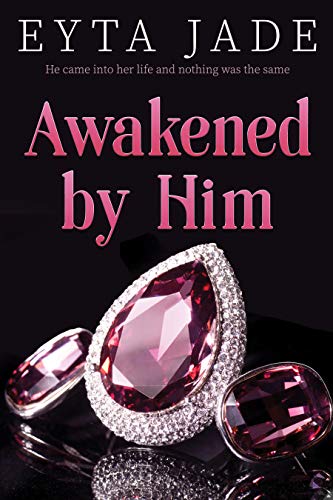 Falling into him was a dance with destiny; little did she know it would be her unravelling.

Zina at 24 and fresh out of the academic world, arrives in London for a new paralegal job. She is thrown for a loop when her chance at something new and uncomplicated is threatened from the moment she meets business magnate, Niklaus Clarke.He wants more from her than she’s willing to give, because giving him more means undoing her past which she’s been running from. Unable to resist the undeniable attraction she feels or the allure of the unyielding billionaire who didn’t get to where he is by giving up, Zina surrenders.What should have been a mere awakening turns into blurred lines and shattering of boundaries. Until their secrets, lies and half-truths threaten the gravity that pulls them toward each other.Bridges will be crossed, bridges will be burnt. But, will bridges be rebuilt?

Awakened by Him is an international romance with Zina being relocated to London for a new job. It's also a billionaire romance since Niklaus falls into that category. There are a few other tropes thrown together for an interesting mix in romance, including some erotica. Then, as an added bonus, we get to check out a brand new author in Eyta Jade, and that's always a treat for me. The dialogue felt a little bit stilted to me - almost formal, which was kind of off given the story, but other than that, the writing and pace are good. The characters are likable, but I'm still a little on the fence about how I feel about them as a couple. The steamy fun is well done, which does show some chemistry, but there's still just some niggling something that I'm not sure about. This is the first in a duet, so expect a cliffy. That doesn't bother me - well, okay, it bothers me. I mean, we all want things tied up in a neat little bow when we read the last page, but we don't get that here. I suppose what I mean to say is that it doesn't hinder my enjoyment of the story. I expected it going in, so it wasn't a big shock. All in all, I'd say Awakened by Him is a good start for a promising author, and I'll be interested to see her growth with future books.