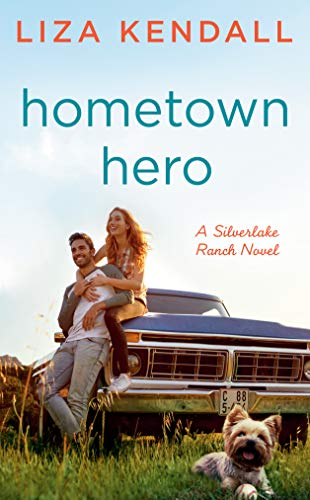 Andrew “Ace” Braddock is a player in every sense of the word. The center fielder for the Austin Lone Stars, he’s also been at the center of numerous sports scandals involving beer, bars, and baseball bunnies. But when he takes the fall for a teammate, Ace wakes up in the hospital, injured and in serious trouble. He’s sent to lie low and recover at his family ranch in Silverlake, Texas, where he’s saddled with his worst nightmare: his high school nemesis—a beautiful nurse who refuses to play doctor with him.

Mia Adams has no time to fool around. The daughter of Silverlake’s high school baseball coach has three jobs and a pile of debt left behind by her missing ex. The very last thing she wants is to spend her time indulging hometown hero Easy Ace Braddock. If she didn’t need the money, she’d have nothing to do with the guy from her past who stole her dad’s time, attention, and love away from her before leaving for the major leagues.

As Mia does her best to corral the irrepressible Ace, keep a sense of humor, and fight her unwelcome attraction to him, he charms, sidesteps, and outmaneuvers her. Will the onetime enemies find love at home base, right in the town where they grew up?

Momma Says: 3 stars⭐⭐⭐
Baseball and cowboys - now that's a hard to beat combination and when you add in an enemies to lovers, forced proximity, small town romance, it's a story full of all my favorites. This one doesn't really go into a lot of depth, but sometimes that's just right for a fun bit of escapism, and in the current times, we could all use a bit of that. This is the third in a series, and while it's considered a standalone, there were a few things that I felt like would have been clearer had I read the first two books. It was mostly just background information, and that didn't take anything away from this couple, just something worth mentioning. I'd also note that this is a pretty clean romance overall. Intimacies are fade out, so any steamy fun will be left up to the readers' imagination. Again, that's not something that influences me either way, but for those who look for one or the other, this one leaves the steamy scenes to the imagination. The book is well written and entertaining, and it certainly held my interest, so I'd say if you're looking for a fun, clean romance, this one fills the bill.
❃❃ARC provided by NetGalley and Berkley Publishing Group