Delayed in Zurich Tour and Giveaway 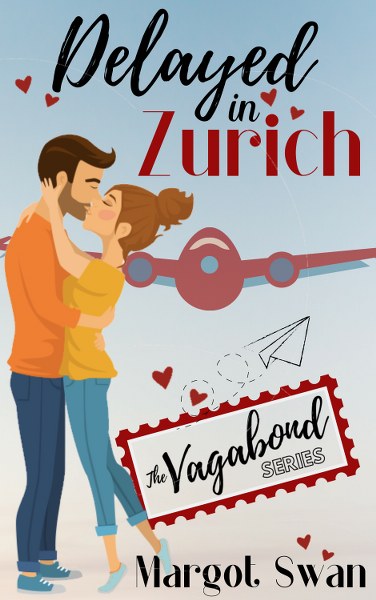 Evie Mason is a planner.

Fox Evans is an adventurer.

No roots. No responsibilities. No plans. Except one—he promised his baby sister, he’d be at her wedding—a promise he intends to keep.

Life plans and weddings are put at risk when a blizzard delays them both in Zurich.

Neither was looking for love but the heady combination of chocolates and alcohol makes sparks fly. When the snow thaws, and it’s time to say goodbye, perfect-plans and promises can’t be ignored.

Will Evie and Fox find their way back to each other, or will it only ever remain a brief stopover romance? 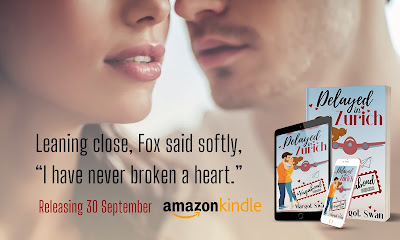 **Join the Facebook Release Party on Sep 30th for prizes and other goodies!!** 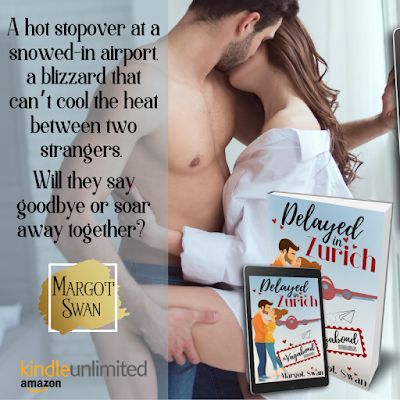 They strolled through the streets holding hands, and Evie gloried in the feeling of his fingers intertwined with her own. She adored feeling the heat where their shoulders met and sharing the experience of the sparkling lights along the Champs-Élysées as they cast an enchanting glow to the midnight hour. Cars were still rushing past and cafes and bistros were open, laughter and music spilling out of the doors.

She didn’t know what he had planned, but it didn’t matter, all she cared about was being with Fox, and experiencing Paris with him.

Margot Swan has always been able to lose herself between the pages of a book--to become a part of the story.
It has been one of her dreams to become an author, to weave her own stories and create spectacular worlds. Stories carried her through tough times, and books were her best friends when friends were scarce.
Margot Swan lives for a Happily Ever After. She's been called a sappy romantic, and she wears that badge with pride. Love stories are life, and the books she reads and writes need to be blissful.
Now, after years of encouragement, she's a writer of Contemporary and Paranormal Romance.