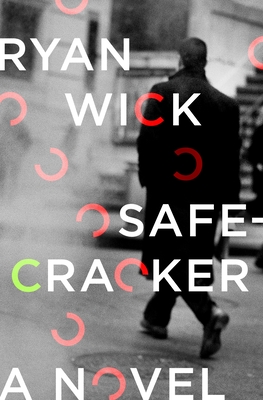 In this wicked debut, safecracker Michael Maven must pull off the most dangerous theft of his long career--or his friends and family will be killed.Safecracker Michael Maven's latest job should be simple: steal a rare coin from a New York apartment. Then the coin's owner comes home with a beautiful woman. So he hides. Then she murders him. So he hides a bit better. Then she tries to take the coin herself, which is the last straw. While Maven narrowly escapes being killed himself, he's then coerced by her boss, a sadistic drug lord, into a far more complicated, far more dangerous job.If Maven fails to crack the safe of a rival cartel boss in Miami, his friends and family will die. If he succeeds, they still might. Which means he not only has to somehow pull off an impossible heist, but also outwit two crime bosses as well as the woman, his reluctant new partner.

Safecracker is fast-paced, has tons of action, and it's cinematic in the most appealing way.

Momma Says: 4 stars⭐⭐⭐⭐
I love a good anti-hero, and Michael Maven checks all the boxes. A thief by trade makes him a criminal, everything we should shun in polite society. But darned if he isn't a completely lovable thief, and his story kept me on the edge of my seat from the very beginning. It seems like there's a new cartel/mafia/crime boss type story every where you look, and to be honest, I've grown a bit weary of them. Then comes Ryan Wick with Safecracker and what feels like something fresh and new. The story is fast-paced and exciting, and this character is one of those that you just can't help but root for. All in all, I'd say this is probably one of the best debuts I've come across in some time, and I'll be interested to see what this author does next.
❃❃ARC provided by NetGalley and Thomas Dunne Books