Goddess in Time Tour and Giveaway 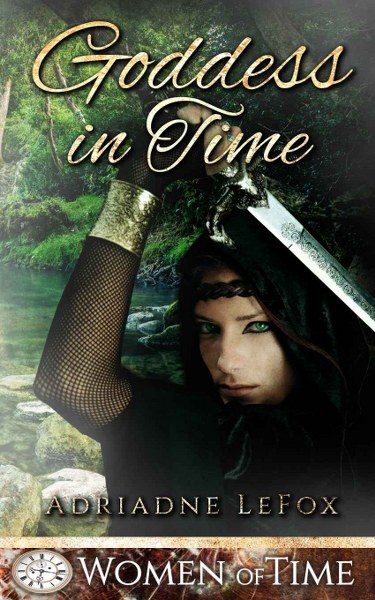 Myths and Legends have always inspired me. I especially love the King Arthur legends. The knights, ladies, valor, chivalry, and trust between them. I have never been one to trust easily, but with these legends, I feel like I am a part of their world somehow. As a college student, I chose to study these myths and legends because I want to find out if they are real or not.

So my journey began, by traveling to England. I have heard there is a professor there who has found the remains of what used to be Arthur's castle. What I actually find when I get there is more than just the remains of a castle, it is the start of a new adventure.

In a land of myth and magic, what awaits me is more than I could have ever imagined... 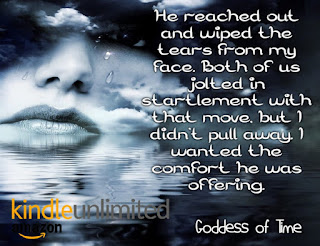 Letting out a groan, I dragged myself out of the car, walking to the edge of the water. The ripples caused by the raindrops against the lake were constant and everlasting. I watched the storm overhead as it let go of its worries and drenched everything below. I was soaked to the bone in less than two minutes, but I just wanted to stand there at the edge of the lake that so many people wanted to believe was the home of the Lady of the Lake.

When I decided I had enough, I turned from the shores. As I was walking back toward the car, everything seemed to freeze in place. The droplets of water in the air hung motionless all around me. My head swiveled around, trying to see if it was like that everywhere, and what was causing it. My curiosity was certainly peeked as I took a closer look at the water, my reflection bouncing back at me in thousands of droplets around me. But confusion also had me questioning what was causing this

phenomenon. It wasn’t like anything I had ever heard of before.

I planned on giving Dr. Davens a call as soon as I got back to the car and telling him about this. There had to be a logical explanation for all this. Before I took another step, I heard tinkling sounds, like little bells, from behind me. Slowly, because I didn’t know what else to do, I turned around, my feet tripping on the long grass.

Lights were coming up from the water’s surface without disturbing the stillness. It was such a weird and unusual sight that I just stood there and watched. I literally had a front-row seat since I was only a foot or two from the water’s edge, so I was witness to dozens sprouting out and circling among themselves. My mouth dropped as I continued to watch until there had to be about a hundred little bright lights swirling around each other.

When the last one popped from the surface and joined the others, the whole group just stopped, not moving for a few heartbeats. I almost wished I had my camera because this was kind of beautiful.

Then I remembered I had my bag with me, grateful it was waterresistant.

I reached down to grab the camera I always carried with me, looking down to follow my hand’s progress. I heard a whoosh and jerked up, startled to see all the lights rushing at me at once.

I stepped back quickly, tripping over my feet, and landed hard on the wet ground. Scrambling to get up, I only made it to a crouch before those things were on me, grabbing at my hair and clothes. I could feel something like tiny little hands, but I figured it was just my imagination. There were so many that I could actually feel them making progress on pushing and pulling me toward the water behind me. My heart started to race too fast as I struggled for my life. I couldn’t tell if I felt cold from being rained on, or because I was terrified. It could have been either. With the number of creatures attacking me, I couldn’t beat them, and I was an avid kickboxer.

My butt landed hard on the muddy banks, right next to the water, when I couldn’t hold myself up anymore. My legs and arms were getting weary from the onslaught of whatever these were. I couldn’t give up though, because I knew if I did, I was going to drown in this lake. And if it was indeed bottomless, I would never be found.

All the little beasts moved up to my head and upper body, most grabbing each other to form some sort of band to grab me around the chest and smaller ones around my arms. They were even grabbing chunks of my hair. I could feel my scalp burning as they tugged with all their might. My body moved quicker with this new change to the attack. Even with my struggles, it was futile. I couldn’t fight off this many things, especially when they were so tiny. My bag strap dug into my shoulder and chest as

some of them even used that to pull me. I grabbed at them to no avail. The bottom of my jeans, which were already wet from the mud, were getting colder and wetter as I sank into the shallows. The creatures didn’t stop there, though. It seemed that as soon as I was in the water, they got stronger and started pulling me faster into deeper water.

I flailed for all I was worth, my survivor’s instincts giving me extra strength. But the lights didn’t budge, even when I tried pulling them away from my body. They wouldn’t move.

Not seconds later, I was underwater, trying to keep my head above so I could breathe. I got one last deep lungful before a sharp, hard tug had me going back under at an alarming rate.

I felt myself descending farther and faster, the pressure building in my head and on my skin. It felt like I was being squeezed from all over. My lungs felt like they were in a vise and I was losing my ability to think from the pain, not to mention, I needed to take a breath soon. The air I took in before being dragged under was surely not enough at this depth, whatever depth I was at.

My vision started to dim at the edges, and I could feel heat burning in my lungs. Instincts told me to take a breath before I passed out, but if I did, I would drown. I was going to drown anyway, or so my brain told me. I didn’t want to die, not when I still had so much to do. I wasn’t even close to ready.

Just when I was about to give up, a brighter light flared around me, scattering the smaller lights. Then I felt solid hands around my waist, dragging me back up to the surface. At the moment, I wasn’t worried about my eardrums bursting or any of that. I was just happy to be heading to the top so I could breathe again.

My head broke water, my hair plastered to my face, but I didn’t care. I was just grateful to be able to get air into my starving lungs. 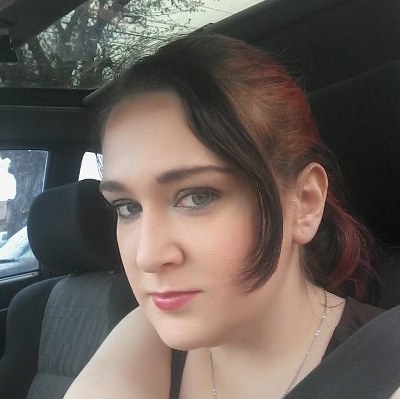 Adriadne/Sybella is a mom of two little heathens and 2 furry cats where she lives in Oregon where she started her writing hobby at 11. When she isn't writing, she is hiking the many trails, visiting graveyards, and plotting death and dismemberment.

$15 Amazon giftcard, ebook of Goddess in Time – 1 winner each