Have you ever had that creepy sensation that someone was behind you when you look in the mirror…?

Carrie Benton kicked off her shoes, did a little twirl around her bedroom, and sank gladly into the armchair beside the bay window that looked out onto the street. She gazed down dreamily at the road below, still seeing Gerald’s tanned face smiling down at her, still feeling the gentle touch of his hand against her arm. She decided there and then that it had been the perfect evening. Nothing could mar this, she mused, and it would be even better in the morning when he came to collect her for breakfast and they would share the whole day, not just the evening.

Tosca chose that moment to make his entrance, his pitiful meow shaking her out of the dream world she was currently in. Carrie gathered the cat into her arms. ‘Hi there, cattykins, who’s hungry then?’ she crooned into his fur. He arched his back and playfully shot his paw at her. She giggled and set him down on the bed where he regarded her with an air of suspicion.

‘I am going to fix you some food,’ she teased, ‘right after I wash my face and get my dressing gown on. You’ll just have to wait a while.’

Carrie switched on the en-suite bathroom light and hummed to herself as she picked up the facial wash from the shelf. She heard Tosca scratching the coverlet of her bed in what she assumed was act frustration at being thwarted out of his food. ‘Not long,’ she sang out, ‘Then I’ll get you your dinner and I’ll tell you all about Gerald and our date.’

Carrie heard Tosca hiss as if to say,’ Damn your date, just fix me some food!’ and she heard a soft plop as the cat jumped off the bed. A minute later she shivered as she felt a sharp cold draft blowing through the bathroom. Darn cat, she thought, he must have squeezed through the bedroom door to the landing and left the door open.

Carrie smeared the facial wash over her face, mixing it with water from the tap. The soapsuds bubbled on her skin. As she splashed warm water on her face, she thought she heard someone behind her. She looked up into the mirror, her face dripping water.  Gerald stood there, framed in the entrance to the bathroom. She peered at him through a veil of soapy tears, thinking at first it was a trick of the light, or perhaps some water in the eyes making her vision blurry and unstable. It was only when she felt the quick bloody pain across her throat and smelt the scent of his Brut aftershave mixed with her blood that she realised, too late, it was Gerald and that her dream date had just turned into a nightmare. 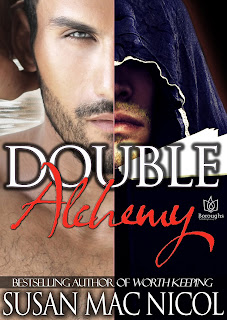 Double Alchemy
Susan Mac Nicol
Genre: Paranormal/urban fantasy MM romance
Publisher: Boroughs Publishing Group
Date of Publication: 23/03/2014
ISBN: 978-1-941260-04-3
ASIN: B00J7FVYRC
Number of pages: 335 pages
Word Count: 110 000
Cover Artist: Boroughs Publishing Group
Tagline: The World in Shadow
Book Description:
Powerful yet tormented modern warlock Quinn Fairmont must initiate the silver-eyed Cade Mairston into the world of witchfinders, Withinners, and what can happen when two men fall truly, madly, deeply in love.
In modern London there lurks a warlock, Quinn Fairmont. Dangerous, powerful, tortured, sharing his body with the soul of an ancient Welsh sorcerer, Quinn is never alone—and never wholly himself. He fights against all those who would exploit his kind. He takes pleasure where he can find it.
In the forest of Hampstead Heath, Quinn’s hometown, Cade Mairston appears to him like a waking dream. Lithe, lean and silver-eyed, he evokes feelings in Quinn unlike any other: lust with true affection, immediate and shocking. Cade is clearly more than he seems. And yet, if a man of the world, Cade is innocent. He knows nothing of warlocks, witchfinders or Withinners. He knows nothing of what he is, what he might be, or what he might feel. For him, the story is just beginning. Magyck, peril and passion await. More awaits in book two…
Book Trailer: https://youtu.be/Un64l7-7P8k
Amazon     Books2Read

They lay beside each other in Cade’s bed, snuggled under the covers together. It was a large king-size bed, one they’d made the most of it that evening. Quinn turned and regarded Cade with drowsy eyes as his fingers trailed soft patterns across his chest. Cade caught his breath at Quinn's lazy touch, his body still jazzed up from their love making. Quinn fingered the small metal piercing in Cade's left nipple with lazy indolence. Cade's hands caressed Quinn's stomach, lingering on an ugly, puckered three-inch scar which stretched down to his left hip.

“You seem to be getting used to this whole situation,” Quinn murmured. He caressed the nipple piercing. "And this was a nice surprise. You didn't have it in the other night.  I think I explored you enough to know you don't have any more anywhere." He grinned wickedly as Cade's fingers pinched his hip.

Cade laughed softly. “I took it out for the benefit dinner. It doesn't fit well under a dress shirt. And as for all this -I don’t believe it all myself.  But I don’t seem to have a choice. You’ve made that quite clear. And I have to say it’s not all that much of a hardship. You’re a pretty personable and sexy guy and to be honest, this just feels –so right- somehow.” He licked a wet tongue down Quinn's shoulder and grinned as Quinn lost his breath.

Cade murmured, “I saw you in the paper with a man called Adam Carnover.”

Quinn started and looked at Cade with hooded eyes.

Cade watched his eyes. “Is he still in your life? The papers seemed to think you were getting married. “

Quinn leaned over and kissed his forehead softly. “I wouldn’t be here with you if I was with another man. Adam isn’t in my life any longer.”

Quinn frowned, his face dark. “We had a difference of opinion and decided to go our separate ways.”

“Was he like me, or was he normal?” Cade asked curiously, glad that the man was no longer around but still intending to find out more about their past relationship.

Quinn was still. “He was normal, nothing like you,” he said shortly.

Cade could tell he really didn’t want to talk about his ex. Wisely, he let it rest for the moment.  “Another thing you haven’t told me. Who was that man I saw in the forest that evening? Was that something to do with you?”

Quinn’s eyes narrowed as if debating what to say next.

“Are you going to tell me?” Cade watched him closely. He reached down and grasped Quinn's semi erect cock. "Or do I have to suck it out of you like I did earlier?"

Quinn gave a low laugh and sat up, the bed covers draped across his waist as he leaned back against the headboard. "As much as I find that idea very appealing, I think I need to recuperate first. I don't think I've got any moisture left in my body after that very intense blow job. But please feel free to repeat the experience in a little while."

About the Author:
Bringing lovers together, one book at a time
The official stuff
Susan writes steamy, sexy and fun contemporary romance stories, some suspenseful, some gritty and dark and hopefully always entertaining. She’s also Editor in Chief at Divine Magazine, an online LGBTQ e-zine, and a member of The Society of Authors, the Writers Guild of Great Britain, and the Authors Guild in the US.

Susan is also an award-winning script writer, with scripts based on two of her own published works. Sight Unseen has garnered no less than five awards to date and her TV pilot, Reel Life, based on her debut novel, Cassandra by Starlight, was also a winner at the Oaxaca Film Fest.
The ‘unofficial’ stuff…
She loves going to the theatre, live music concerts (especially if it’s her man crush Adam Lambert or the divine Cumberbatch) walks in the countryside, a good G and T, lazing away afternoons reading a good book, and watching re-runs of Silent Witness.
Her chequered past includes stories like being mistaken for a prostitute in the city of Johannesburg, being chased by a rhino on a dusty Kenyan road, getting kicked out of a youth club for being a ‘bad influence’ (she encourages free thinking) and having an aunt who was engaged to Cliff Richard.
I'd love you to stalk me so here you go..
Website  https://authorsusanmacnicol.com/
Twitter https://twitter.com/SusanMacNicol7
Facebook https://www.facebook.com/authorsusanmacnicol
Facebook https://www.facebook.com/susiemax77
Facebook Reader Group https://www.facebook.com/groups/55177658201762320
Instagram https://www.instagram.com/susiemax772020
Goodreads https://www.goodreads.com/author/show/6472959.Susan_Mac_Nicol
BookBub  https://www.bookbub.com/profile/susan-mac-nicol
Newsletter https://bit.ly/32rQ7Tb
MeWe  https://mewe.com/i/susanmac_nicol 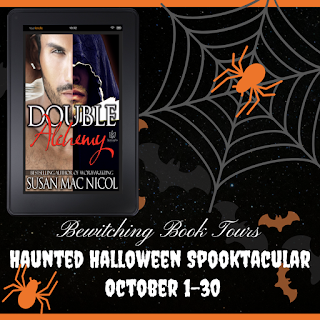 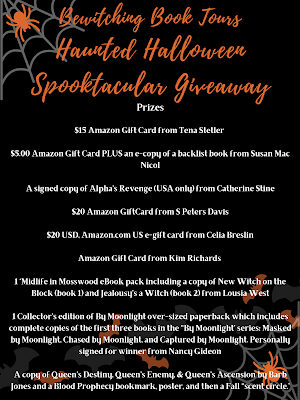 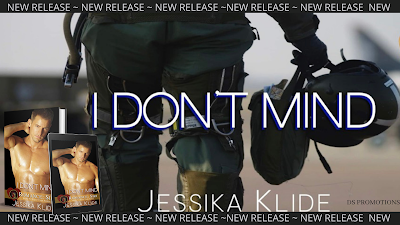