The Perfect Monster Party for Kids

I love planning parties, so that’s why I am a Special Event Coordinator on the side, in addition to my many other facets.  This party was such a success for my kids (when they were smaller) and I’ve been planning Halloween parties each year for friends, family and strangers.

First, know the age group of the kids.  This party is planned for those that are between 6-10.

One of the most important steps in party planning is the invite.  This sets the tone.  I created my own invites (using the computer) that outlined all sorts of monsters (no so scary for the little ones but enough to entice the older kids).

For this invite, I used the following wording:

Do you DARE join us for an amazing monster hunting party?  This is your chance to either slay all the monsters or chase the hunters…..

Provide your preference: Monster or Hunter (tell us when you RSVP)

Decorate the house or yard to the best you can to simulate monster hunting.  Allow enough room to hide, shoot those arrows, and run!  Yes, run!  That’s the best part.  For the parties, I have a collection of hanging spider webs, coffins, zombies, witches, a lifesize cut out of Van Helsing even.  Decorate your home, keeping with the theme as much as possible.

Separate the kids into the two groups, hunters and monsters.  Because my daughter was 4 years older than my son, I hired her and her friends to be additional monsters (after all, it’s Halloween).  They dressed up as Frankenstein, Dracula, Witches, you name it.

Probably the most important part!  I had two tables: one for the monsters, one for the hunters.  Of course the monsters had foods like “Bloody Eyeballs” (which was simply watermelon scooped into balls), “Intestines” (fruit salad), “Human Fingers” (Hot Dogs),  You get the idea.

The Hunters had things like Hamburgers, Hot Dogs, etc.

Of course, they could eat off the other table but I made sure each table was similar but definitely meant for the chosen character.

And of course, lots of candy.

The game is Monster hunting of course.  I let the monsters run around and the hunters had their gear.  The kids ran around for hours, stopping only to eat.  What was planned to be a 4 hour party turned into an 8 hour party because the kids had so much fun.

Genre: Paranormal
Publisher: World Castle
Date of Publication: August 17, 2020
Print ISBN:  9781953271013
eBook ISBN:  9781953271020
ASIN: B08DKK66PM
Number of pages: 236 pages
Word Count: 86107 words
Cover Artist: Steven J. Catizone
Tagline: Bloodshed. Heartbreak. Revelation.
Book Description:
When the darkness was compelling and the heart knew no bounds, was there really a right choice? With Michael’s life hanging in the balance, Amber had a choice: save her star-fated love or keep on the crusade to unite the magical community.
For Amber, her fate was sealed even before her birth and it was her destiny to fight the great battle ahead of her. But, when it came to her heart -- her friends, her great love -- Amber’s torn. Not only was she the Queen, but she was a human in every sense of the word. She was vulnerable. And so the very people -- Chloe and Michael -- that gave her strength, quickly became her weakness. It wasn’t her fault she loved too much, was it?
Nevertheless, the Tall Dark Man had set a plan in motion that could threaten the very existence of the Blood Prophecy. Would he gather his dark forces and succeed in destroying Amber once and for all? Or, would she assemble her powerful friends and save the world?
Amazon     BN

With the betterment of both Michael and Rae, Malakai was glad that they were well and fine; nevertheless, he needed some time to decompress. All the magical commotions that had occurred were too overwhelming for him. He needed some sort of release.

He enjoyed the brisk jog in the park, as he cut through the sharp wind of the cold night. But this did nothing to lift his spirits. He was happy that Amber’s smile finally met her eyes. That was all he’d ever wanted for her: happiness, that’s it. There was nothing more he could ask for—she was his priority. Yet, in the back of his mind, as in his heart, he couldn’t help but believe the ancient legend that he’d heard so long ago was the certifiable truth, as it was written in Eschmun’s scroll.

…her fate is tied to the true alpha of the wolves. A blood drinker will stand formidable, but it is the nature of the child to call upon the true alpha and bring him to the queen’s inner heart.

Could this be the truth? he often wondered as he traveled the world collecting artifacts and evidence supporting this notion. Yes, he’d crafted a reliquary, quite accidentally, and people assumed it was to keep the magic insulated, away from the humans. But that wasn’t the case, at least not for him.  He so wanted to believe, just from the sheer fact that it was said in the scroll. But Malakai was a man of logic, driven by cold hard data. Although wanting to romanticize that his destiny was tied with Amber’s, he needed confirmation. He wanted validation for the strong emotions he was feeling.

Walking the cemetery grounds as she so often did without the knowledge of her parents, Zaraquel wandered at a leisurely pace. She whipped out her phone and checked the time, which read midnight. Her brow quirked in confusion, as she had expected Loquiel some time ago. With her long hair styled in two braids and her bright red coat to keep her warm, she sat down on a bench.

She was elated that her best friend, other than the one that was currently running late, was alive and breathing. Rae had given Zaraquel a terrible fright, for she had never known the death of someone close to her heart. She shook, not from the cold, but from remembering the tragic vision she had of Rae’s demise.

A throaty growl awoke her from her thoughts. She heard the fast footfalls of someone, something, running toward her, and she put her fight training to use. Zaraquel spun around, so much so that her wings unfurled. But that did not deter the undead man from attacking her. His decaying flesh was a sight she instantly wished she could unsee, but she had to fulfill her duty and protect the people, which meant ridding the world of this monster.

She punched him in the stomach as her father had taught her, but that did nothing to stop him from throwing his fists at her. She dodged his poor attempts at aiming for her and grabbed his arm, twisting him around so he fell to his knees. Her weight on his back caused the corpse to fall to the ground. It growled in anger, shaking its head savagely, as if it couldn’t wait to get back to its feet. Zaraquel, however, had plans of her own. She stood briefly to step on his neck to keep him from moving, and whispered a spell she’d learned from a book.

She heard the cracking of his bones, the stretching of his skin; with a pop! his head flew off, gore spattering in every direction. His body went limp, as it was before he had risen from the ground.

Zaraquel sighed in frustration as she walked off, disappointed from another unnecessary and unjustified kill. She continued to walk the grounds and felt a rush of warm wind, the kind she felt every time Loquiel was near. She turned and there he was, right behind her. 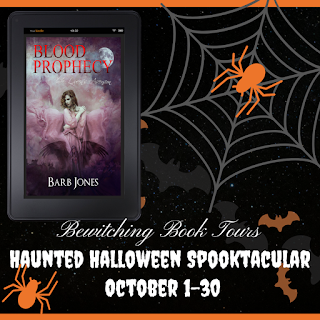 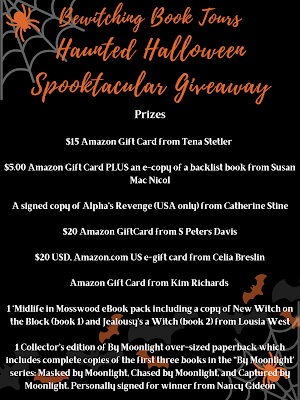