The enemy wanted him. The galaxy needed him.

Sixty years ago Nolvarics nearly conquered the solar system. They were defeated by starfighters.

Konran dreamed of becoming a starfighter, but he blew his one shot five years ago. Now his life is stuck in neutral as a glorified rock hauler.

Now all eyes are on Konran as he is plunged into a whirlwind of space battles, peril, and conspiracy. The Nolvarics will stop at nothing to catch him, dead or alive.

Can Konran rise up and claim his destiny, or will the galaxy fall? 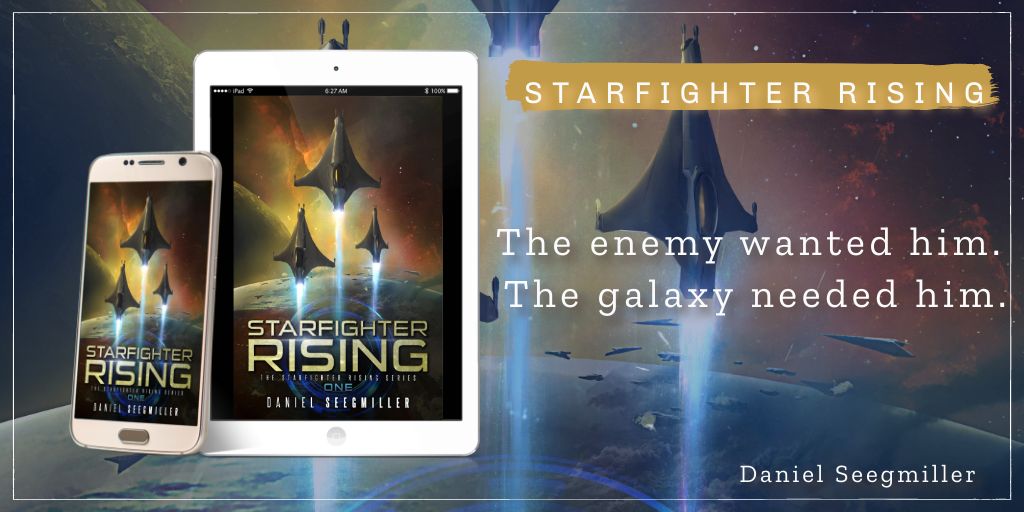 Daniel Seegmiller grew up loving Star Wars, Mech Warriors, and all things sports. He started out as an English major before switching to his other love, science. He has an MS in mechanical engineering and has worked on everything from biomechanics, to machine learning, to defense technology.

Daniel loves dreaming up awesome adventures…like, literally, he wakes up in the middle of the night with the best ideas. Most of the stories he writes are for his kids. Starfighter Rising is his debut novel.

He lives in Albuquerque, New Mexico with his wife and three squirrelly children.