She crept back out of the room being careful to not make a sound, debating for half a second whether she should close the door or just leave it.
She left it. Every instinct was telling her to get out of there, fast.
Rayne left Chicago that morning, with a random poke a map sending her, wholly unprepared, into the wilderness. Needing a place to regroup and find a new direction, she could never have imagined what she’d find in a remote Ontario town.
Reclusive lone wolf Devin guards his isolation and solitude while he avoids taking his rightful place in the pack. Painting and avoiding his mother’s phone calls occupy his waking hours until Rayne appears, smelling of flowers, hiding secrets, and awakening his wolf.
Changes are coming for Rayne, and her ignorance of the world she knows nothing about save fiction stories soon come clear as danger approaches and choices must be made.
** Only .99cents!!**
Goodreads * Amazon 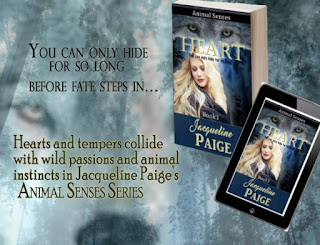 Stopping in mid-stride, every muscle in her body tensed, she knew that voice.  What she didn’t recognize was the tone.

“I don’t care if you have to slice pieces off a little at a time. He will tell you who did that to me—to us.  My father hasn’t been in the ground six months. No one will disrespect his memory like that—no one!”  The voice hissed.

Rayne’s heart was now resting in her throat, each violent pump threatening to choke her.  She crept back out of the room being careful to not make a sound, debating for half a second whether she should close the door or just leave it.

She left it.  Every instinct was telling her to get out of there, fast.

Clutching her purse against her chest like a lifeline, she forced her body to move back toward the elevator.  If her legs weren’t shaking, she would have run to it.

By the time Rayne reached the elevator door, her hands were shaking and it took all of her concentration to make her hand push the button. Banging it repeatedly wishing the doors would open allowing her escape.

She was barely able to breathe by the time the door opened, her heart was racing so fast every vein throbbed, she had to move.  She looked back in the direction of the office one last time, then stumbled through the elevator doors, throwing most of her weight on the button to close them.

Sometimes the answers you get aren’t what you asked.
The world can tilt a bit and throw you off balance, just enough that you have to stop and make some adjustments.
When Kelsey comes home, she finds out her entire life and everything she thought she knew is a lie.
When her world spins out of control and flips in more directions then she could ever count, she struggles to right it again.
Goodreads * Amazon 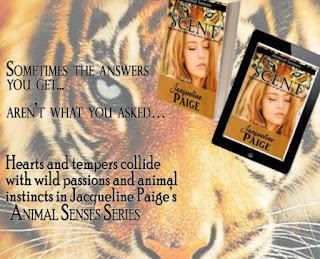 He could only stand there, unable to move any part of his body except his eyes.  “I didn’t know you were there.”  How hadn’t he sensed she was there?  “Sorry.”  God, she was lovely.  A chill moved up his spine when she was only a foot from him and he caught her scent.  It was Kelsey’s unique scent only more than it had ever been before.  There would be no holding his animal in check now.

She stopped in front of him and placed the paper towel over his bloody hand.  “Let’s rinse this off and see how bad it is.”  Taking his wrist she tugged on it and walked in the direction of the sink.

He followed her like a cub on a leash.  If he’d been in his right state of mind, he would have objected, but all he could do was breathe her in and let her scent soak into every pore of his body.  Later he’d admit he was in deep shit here, but for now he just wanted to take pleasure in knowing she was finally here.  She was home.

She grabbed his hand and put it under the water, only to pull it out a few seconds later and start dabbing it with a dry cloth.  He knew it hurt like a bitch, but the pain wasn’t really registering in his brain.  He couldn’t take his eyes off her, she was breathtaking.  Gone was that pretty girl that had gone away.  She was now a beautiful woman.  Her light auburn locks were much shorter than the last time he’d seen her, now falling to frame her pale freckle dusted face.  He wanted to reach out and touch her hair to see if was as soft as he thought it would be.

“You’re staring,” she said softly still bent over his hand.

“I haven’t seen you in over a year. You’ve changed.”

She smirked as she examined the gash.  “Not really.”

“You’re beautiful, Kel,” he admitted in a whisper.  Color flooded to her cheeks as she glanced up at him.

He blinked to break the hold her enthralling amber eyes had on him.  “I’m fine.”

She raised both eyebrows at him.  “You just paid me a compliment and didn’t growl it out.”

The truth doesn’t always set you free.
Trained as a healer since childhood, Shaelan never realized why no one ever moved from her village or visited. Something wasn’t quite right, but it wasn’t until she saw the truth with her own eyes that she realized.
She couldn’t live with how things were. But does she have the strength to make the changes necessary for her people to live in peace?
Sometimes discovering the truth also means facing all that is wrong, even in your own life.
Goodreads * Amazon 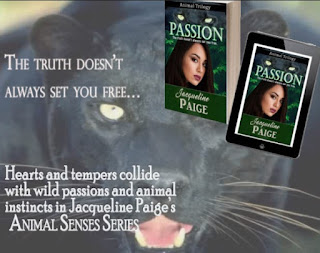 Groggy was an understatement was the first thought as he climbed through the fog that was his mind, and tried to wake up. He vaguely remembered coming to earlier, and thinking the most ridiculous things, ever.  He paused for a second, not even breathing, as he assessed his condition.  His head was still pounding, but slightly less this time. He exhaled in relief.  Maybe he was going to live after all. Whoever had found him, he owed them a big…

He froze as he tried to touch his head and see how bad the injury was.  He heard chains and his hand could not move any further.  Chains. He clenched his hand and felt cold metal on his wrist. Eyes wide open, he jerked his head up, almost screaming with the pain to look at his hand.  Following the chain attached to the cuff on his wrist he saw it was very securely attached to a cement post. He was shackled. Shackled! What the holy fuck is going on? Head snapping in the other direction, he found that arm in the same state. Someone is going to get their ass beat! Leaning forward he went to stand up and found out he could only lean about six inches forward before the chain ran out…

Jacqueline Paige lives in Ontario in a small town that's part of the popular Georgian Triangle area.
She began her writing career in 2006 and since her first published works in 2009 she hasn't stopped. Jacqueline describes her writing as "all things paranormal", which she has proven is her niche with stories of witches, ghosts, physics and shifters now on the shelves.
When Jacqueline isn't lost in her writing she spends time with her five children, most of whom are finally able to look after her instead of the other way around. Together they do random road trips, that usually end up with them lost, shopping trips where they push every button in the toy aisle, hiking when there's enough time to escape and bizarre things like creating new daring recipes in the kitchen. She's a grandmother to four (so far) and looks forward to corrupting many more in the years to come.
Website * Facebook * Twitter * Instagram * Amazon * Goodreads