Book Tour for TEASE ME by KALLY ASH

A second book in an adult contemporary romance series that can be read as a standalone. Check out the book and author details, tour schedule and enter international INSTAGRAM GIVEAWAY.

It was supposed to be another shift at the bar. Until he walked in… My ex. The same guy who broke me. Evangeline Webster is still haunted by her ex. A man who dug out her heart and shattered it before her eyes. Now she lives on no-strings-sex and one night stands. She thought she was happy... Until one day, the ghost from her past walks through the door. Beau Jenkins hasn’t changed. He still makes her ruined heart pound. The question now is will she risk it all again for another shot at love?

PURCHASE NOW on AMAZON! And don’t forget to add it on BOOKBUB!

"I ordered you a martini." Those were the first words out of her best friend's mouth and Evangeline smiled. "It's not even ten AM yet." Tasha shrugged. "When you tell me you've just seen Beau for the first time in four years, I think it calls for a martini—ten AM or not." As if by the magic, their drinks arrived. "Alright, spill it, Vee." Despite her reservations about drinking during the day, Evangeline took a mouthful and swallowed. "He turned up at Temptation last night." "Just like out of the blue?" She ran her fingers over the stem of the glass. "Yep." "Well, what did you say to him?" Natasha prompted. "I didn't say anything; I hit him." Natasha choked on her drink, spilling some down the front of her blouse. Vee handed her a napkin. "You hit him? Like in the face?" she asked, blotting up the liquor. "I slapped him," Evangeline admitted. "It was a combination of shock and anger, I guess. I saw him and I...reacted." "What did he do?" Vee thought back to the look on his face. "I think I caught him by surprise. After I slapped him, I just walked away and hid in my office." One of Tasha's manicured brows rose. "Stone-cold bitch Evangeline Webster hid in her office. From a boy?" "Believe me, he isn't a boy anymore," she muttered. "Huh," Natasha said. "He still looks as good as you remember then?" Vee swallowed half her martini in one hit. "Better." Her friend's eyes narrowed slightly before she lifted her gaze, searching for someone. With nothing more than the slight tilt of her chin, a server scurried off to the bar.

Kally Ash is a contemporary romance author whose passions include curling up with a good book, devouring chocolate and getting kitty cuddles. Tempt Me is her debut novel, and the first book in a three book series.

Some of her unicorn authors include Sawyer Bennett, Elizabeth Hayley and Haley Jenner.

Visit @kally.ash and @magicpenbooktours on Instagram to enter the INTERNATIONAL tour wide giveaway. 3 winners will be selected. Prize: Digital Copy of TEASE ME by Kally Ash Giveaway will end on December 6th, 2020 at midnight EST.

Thank you for stopping by! Remember to visit other tour stops and enter the international giveaway on Instagram.

✱✱Book Review✱✱ The Image of You by Melanie Moreland

From NYT best-selling author Melanie Moreland comes an epic love story of loss and redemption. I realized in that one moment something was... 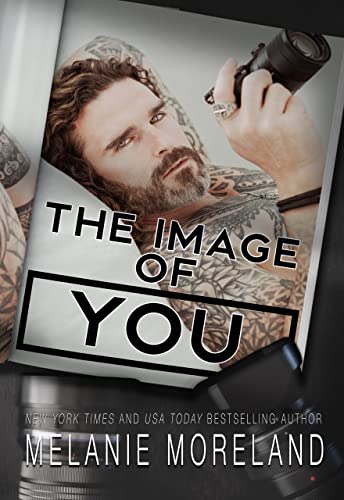