Virtual Book Tour: The House of the Wolf by Alison Baird 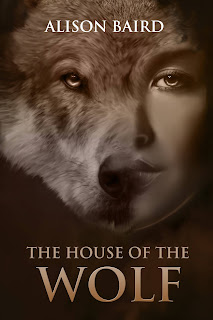 The House of the Wolf
The Werewolves of Quebec
Book One
Alison Baird
Genre:  Paranormal, Werewolf
Publisher:  Salon Books
Date of Publication:  2017
ISBN: 0969803168
ASIN:  978-0-9698031-6-4
Number of pages:  426
Word Count:  131, 320
Cover Artist:  Y. Nikolova
Tagline:  The wolf within is the greatest danger of all.
Book Description:
In the barren arctic, a white wolf journeys alone across the tundra. All his life he has dreamed of the strange creatures called humans that dwell far to the south –– creatures that wolf lore says have an ancient mystical kinship with his own species. Abandoning his pack, he sets out to make contact with human beings and learn the truth.
In the state of Vermont, a young girl embarks on her own journey of self-discovery. 18-year-old Chantal Boisvert never knew her parents, and she is determined to learn more about them –– especially her French Canadian father, who died in mysterious circumstances.
When she arrives in the province of Quebec the wealthy Boisvert family gives Chantal a seemingly warm and loving welcome. But then strange and sinister things start to happen.
Why do her relatives slip away into the forest after sundown?  Why does she keep dreaming at night of being a wolf running in the wild?  Who is the attractive pale-haired boy who keeps turning up, and why do he and his friends seem so concerned for her safety?
Could it possibly be true that the Boisverts are loups garous –– werewolves?
Amazon     AmazonCA

It was the wolves that woke her.

At some indeterminate point between sleep and waking she became conscious of a sound.  It insinuated itself subtly and delicately first into her ears, and then her mind, becoming part of her dreams: a sound she had never heard before, composed of multiple high-pitched cries.  She visualized these in her head as intertwining silver threads, weaving in and out of the darkness as if it were a backing of black velvet: each strand clear and shimmering and pure.  They reminded her of birdsong or whale-music.  But birds and whales are solitary singers: this was a whole chorus of ethereal voices raised, not in perfect harmony, but in a kind of counterpoint.  One voice would begin, soft and low, rising to a thin quaver; then the rest would join in.  Trying drowsily to analyze what she was hearing, Chantal moved at last from fragmented semi-consciousness into full waking awareness.

She had never heard wolves howl in the wild, only in movies where the sound effect used was a single long wail like a lonely dog’s.  Never had she imagined anything like this.  The sound was beautiful, but also unearthly.  She had heard of things that could make one’s hair stand on end; as she listened, she swore she could actually feel the fine hairs on her arms and the nape of her neck pricking up.  It must be her imagination though, for the odd sensation extended even to where she had no hair, on her cheeks and the backs of her hands and along her spine.  She alternately shivered as though cold, and then flushed as if with a fever.  Opening her eyes, she saw the moon at the window: full, round, tinged with gold; a “hunter’s moon”.

Springing out of bed, she went to the window and opened it, letting in the chill night air.  She breathed it in, in deep hungry gulps.  But she still felt sweaty and flushed.  She tore off her pants and tee shirt and tossed them aside.  Now the night breeze blew upon her entire body, and her hot prickling skin responded to its icy caress as if to a physical touch.  A brief giddiness made her reel and clutch at the windowsill for support.  Chantal looked down at her hands resting on the sill.

But they were no longer hands.

They had become two grey-brown furred limbs ended in broad, clawed pads. It was the fur that made her feel so hot, she realized.  Her tongue lolled, panting, from her mouth, its soft length spilling over teeth and jaws that now had a different shape…

With understanding came not fear, but relief and joy.  She was not feverish after all, nor was she in any kind of danger.  This was obviously just a dream.  She would wake from it soon, as she did from every dream, and then everything would be all right.  But now the wolf-voices called again, and the dream-body she wore yearned for the freedom of the outdoors, for the cool scent-laden air and the exhilaration of running through the forest.  She glimpsed indistinct, shadowy shapes flitting through the blackness under the trees, and eyes like glimmering stars turned towards her in invitation.

In one light easy motion, Chantal sprang out of the window and into the night. 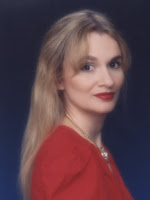 About the Author:
Alison Baird is the award-nominated author of numerous novels for both adult and young adult readers, including The Dragon's Egg (Scholastic Canada), White as the Waves (Tuckamore Books), The Hidden World, The Wolves of Woden, and the Willowmere trilogy (Penguin Canada), and The Dragon Throne trilogy (Warner Books). Baird has also published numerous works of short fiction in Canadian magazines and anthologies.  She lives in Ontario, Canada.
www.alisonbaird.net
https://twitter.com/bairdwriter
https://www.facebook.com/alison.baird.944/
https://www.goodreads.com/author/show/219417.Alison_Baird 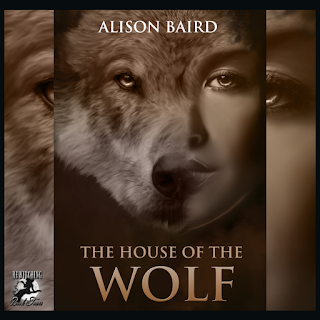