Virtual Book Tour: The Journeys of a Different Necromancer by James J Crofoot 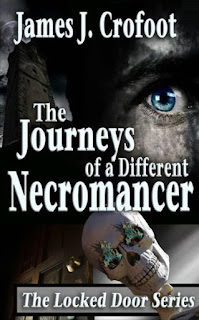 The Journeys of a Different Necromancer
The Locked Door Series
Book One
James J Crofoot
Genre: Young Adult Fantasy
Date of Publication: August 2, 2020
ASIN: B08FCKJK5D
Number of pages: 100
Word Count:  20k
Book Description:
Thomas wanted to learn to read and write things only Xavier the Necromancer could teach. But Thomas learned much more. He learned to raise the dead. Then, with his knowledge, he set out for the distant sea.
Along the way, he made an army, encountered a dragon, and fought thieves by the score. But, could he continue to use the knowledge Xavier gave? Could he hold to his teacher's views that all people were self-centered, greedy, and jealous of him for being so much better?
Could he return to the obsidian tower to live a life where the world was locked out, where his teacher had kept all life away to simply be left alone? Where no one ridiculed and beat him for being different? Could he return to a life where only the undead, his risen, kept him company?
Amazon     Books2Read

“I was with Xavier,” Thomas replied. With head bowed, he stared at his stew, sensing he would not be allowed to eat.

“Who?” His mother’s voice. Her angry, high-pitched voice.

Thomas looked up at his father to see a pipe halfway to a gaping mouth. “Xavier, you know, he lives in the tower. He wants to teach me to read and write. He wants me to be his apprentice.”

His mother sat down and stared at him.

“He’s got lots of books, scores of them. He showed me a book with lots of animals in it.”

His da sat back in his chair, silent. His mum folded her hands in her lap, also silent.

“Think of it,” Thomas continued excitedly. “Think of the things I could do if I could read. I could go and work for the prince in Targon, I could see the whole kingdom.”

The boy gazed down at his untouched food. It smelled good and looked even better, but his father had spoken. Thomas got up and climbed the ladder to his loft. Deep into the night, even after his parents stopped their whispered arguing, he lay in bed thinking of the map Xavier had shown him of the kingdom. He would find a way. He would be…what word had Xavier used? Necromancer. He would be a necromancer and he would see the whole kingdom.

In the morning, Thomas awoke to the smell of porridge. Having had no dinner the night before, he hurried down the ladder. There he found his da already eating. His mum ladled his share into a bowl and then got some for herself.

“We’ve decided you may learn to read and write. None of that dark stuff, though. You hear? No digging up of graves,” his da said. “We want more for your life, Thomas. Now then, what does this friend of yours want in return? We can’t afford to pay anything. I suppose he mentioned a price.”

Thomas looked at his mum as she sat down. She folded her hands in her lap and remained quiet.

Da wiped his mouth with his sleeve. “Then we’ll give it a try. Only til ’arvest, though. You’ll be needed in the fields then. Anything after that and we’ll see.”

“No good will come of this,” his mum remarked. “Mark my words, that man never did any good for anyone.”

Thomas finished his breakfast in a gulp and got up to run from the house. He stopped just outside the door to pick up his favorite stick and heard his da say, “I want better for him, Sonya. This life is no life for my son. He’s smarter than this.”

A month passed and Thomas studied. He studied geography; the world turned out to be a lot bigger than he imagined. He learned arithmetic, how to count to a thousand. Then moved on to reading and writing, eight to nine hours a day he went through the books and scrolls. On the second and third floors of the tower stood skeletons of various animals, there he learned science, anatomy, and biology.

The fourth floor, however, Xavier said he needed to learn a good deal more before being ready for that.

“The villagers are shunning me,” he said to Xavier one day after learning the word. “They whisper about me whenever I pass. Even my friends. Yesterday I waved to them and started walking, to tell them what I was learning, and they turned their backs and ran away.”

Xavier looked up from the book he held. “People, for the most part, are very small-minded. They shun what they do not understand or things that are different.”

“Was that the way it was with you when you first started studying to be a necromancer?”

“People always thought me to be a little different. Look, Thomas, you will see more, you will do more, than they can imagine in their empty heads. You will learn to create life from death.”

Thomas thought about these words for some time. He wanted to do more than just plant and harvest. He wanted to travel this world, especially the sea to the west, to see more than just this tiny village too small for a name. He decided he liked being different. He was already learning more than they ever would. Did not that make him better? 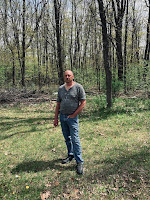 About the Author:
James J Crofoot started working at 11 years old and never stopped. He’s been a sailor in the U.S. Navy, worked in video tape production, made money investing in stocks, and traveled throughout the US as a truck driver and an army brat. He’s been to all four corners of the US and to the top of every major mountain range in the United States.
Through it all, writing has been his first love, companion, and constant friend. He has so many stories to tell, he plans to spend the rest of his life writing.
Born in Germany he currently resides in the "Great Mitten" that is Michigan. He resides with his insane family consisting of his sister, two spoiled but loving nieces, a brother in law, and two dogs.
He hopes you’ll enjoy his books while sipping tea, coffee, or cocoa on a rainy day.
https://twitter.com/crofoot626_j
https://www.facebook.com/jamcrofoot626/
https://www.amazon.com/James-J.-Crofoot/e/B00J2NFKBU/
https://www.goodreads.com/author/show/7282309.James_J_Crofoot 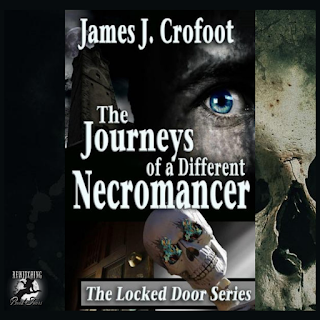