The Bright Series
by K.D. Elizabeth 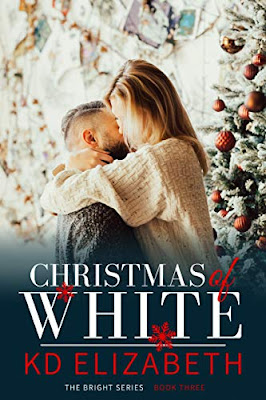 It’s three days now that the boy hasn’t worn a winter coat.
As his teacher, it’s my job to make sure he’s safe.
But after multiple calls to his family’s phone number, I still haven’t made contact.
So I take him home myself.
Big mistake.
Because one little problem?
Cole’s father is single.
And outrageously tall.
And wickedly broad-shouldered.
But Buck Hayes is NOT happy I’ve brought his son home to him.
At all.
Too bad for him, I don’t care.
Too bad for me, I have a car accident after we fight about his son.
Too bad for us, I’m now staying at their house for the weekend.
… Right?

Momma Says: 4 stars⭐⭐⭐⭐
I'm just gonna say it - I could not stand Buck at the beginning of this book. Not at all. I love a grumpy but loveable guy, but Buck is downright mean and nasty when he first meets Julia. Now, I don't know about anyone else, but I have a really hard time rooting for a couple when I want nothing more than to pinch one or other's head right off. Nevertheless, I kept reading, hoping that something would change. Fortunately, it did and Buck started to grow on me. In all honesty, the way he is with his son is what changed things for me. This big, gruff guy who turns into a teddy bear with that little boy. Then, he and Julia started to warm up to each other and the heated words became fun banter, then something more. It also didn't hurt that Buck is a shameless flirt when it comes to Julia. The romance does move fast enough to be pretty darn close to instalove territory, but by the time Buck, Julia, and Cole deal with bullies, town gossips, and the weather, it feels like a lot more time has passed. So, this story and I may have gotten started on the wrong foot, but by the end, these characters won me over and I enjoyed their journey. This is the 3rd book in the Bright Series, and it can be read as a standalone. 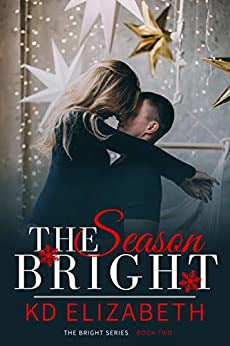 I haven’t taken a vacation in five years.
Not. One. Day.
So my tyrant of a boss kicked me out of the office. Great. Bermuda for me.
I’ll just sneak out of the country for two weeks and relax. Get my head on straight.
Except my mom finds out about my vacation.
And in her opinion? I should spend those two weeks at home.
Running my injured sister’s Christmas booth at a holiday market, specifically.
Now, I have no desire to go home. Seriously. I haven’t been there in eleven years.
But who denies her family, right?
I can’t leave them hanging.
Except.
I think my sister might have exaggerated her injury.
And my mother lied about why she wants me home.
Because when I arrive, it’s not just my family who greets me. Oh, no.
There’s a gorgeous stranger standing in my living room.
Make that a gorgeous asshole, actually.
And I’m not sure I can resist his stunning silver eyes.
Or that I want to.

Momma Says: 3 stars⭐⭐⭐
I liked many things about this story, and it was certainly worth the read, but there were a few things that I had some problems with. Mainly, I didn't care for Jessica's mother, Martha. I've read manipulative parents in other stories, I've even known a few, but Martha's brand of manipulation just irked me to no end. I completely get missing your children, but Martha goes too far in my opinion, and it wasn't helped that some things about that manipulation were never addressed. Jess just seems to decide to be okay with it all and let it go.
That aside, the romance does have its moments. There were scenes that were absolutely hilarious and a few that were as sweet as the treats they're selling at the market. At first,. it feels like it's going to be a slow burn, but then it picks up considerably, especially when you consider the time these two actually spend together. Of course, that is one busy week even without the romance, so even though it happens fast, the author makes it feel like more time has passed - and not in a bad way.
In the end, I did like the romance, and I couldn't help but like Ethan right from the start. Jess took me a bit longer, but once you see everything she's been going through, it's a bit easier to understand some things about her. What it all comes down to is I didn't love this one, but I did like it, and I don't want to give it all away, but the ending really pulled this one out for me. It's hard not to swoon under those circumstances. 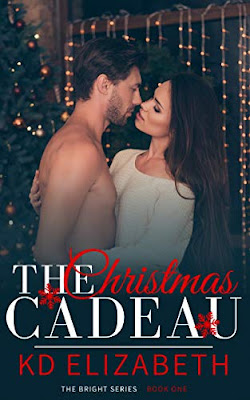 I met my soulmate in the bathroom. The men's bathroom.
No stalls were available in mine. I'd be in and out before anyone noticed.
Except someone walked in.
And, oh, he was so gorgeous.
Four months later we moved in together.
Two years later I can't imagine living without him.
He's the love of my life, to the absolute bottom of my heart.
So why are we breaking up?

Momma Says: 4 stars⭐⭐⭐⭐
This Bright Series prequel is an entertaining romance. I like that it's not so much about falling in love as the progression of that love. Maxime and Laure have been together for a while - I absolutely love how they met - and with the way things have been, Laure is worried. These characters are likable, and they make for a likable couple. We get a bit of danger and a little steam to spice things up. The story is a quick read, easily finished in an hour or so, which makes it perfect for a fun little afternoon or bedtime read.