An Enemies to Lovers Baseball Romance 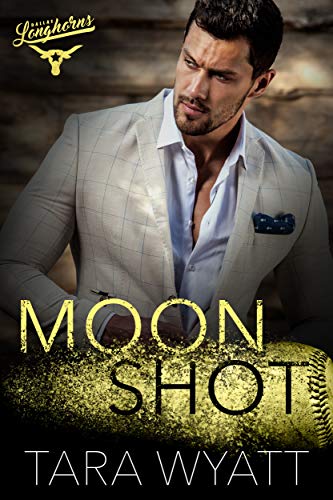 Dallas Longhorns manager Javier Flores’ plate isn’t just full—it’s overflowing. Not only is he focused on taking the Longhorns to the World Series this year, but he’s also fighting his ex-wife for shared custody of his two daughters. He doesn’t have room for distractions, even if he is lonely. But when he wakes up beside his nemesis, sports agent Aerin Stone, the morning after a few too many drinks at a wedding reception, he is definitely distracted.Aerin knows better than most what it’s like to have her heart ripped into a million pieces. She knows what it means to have her entire world crash and burn. And she knows that she’s better off alone, even if she did have the best sex of her life with Javi Flores. It doesn’t matter how good it was, because it can’t ever happen again. After all, she doesn’t even like him. He’s too uptight, too bossy, too sexy. Too dangerous. Too risky for her wounded heart.But one night isn’t enough to quench the pent-up lust burning between Javi and Aerin, and for once they agree on something: they want more, even if it’s the worst idea either of them has ever had. Because everyone knows what they say about the best laid plans…

Momma Says: 4 stars⭐⭐⭐⭐
Moon Shot is book four in the Dallas Longhorns series, but It can be read as a standalone. This is a little different than many enemies to lovers romances, mostly due to the age of Javier and Aerin. They're all grown up rather than being young adults or even new adults, which brought something refreshing to the table. These two have adult lives with adult problems, so waking up next to each other throws them a curveball. One of my favorite things about enemies to lovers romance is the banter, and it's pretty great here. Tara Wyatt also did a solid job of making the back and forth feel real - so much so that it pulled me straight in. Of course, you can’t forget the chemistry between them. I haven't read the earlier books in the series, so I don't know how big a part these two played in earlier storylines, but it's hard to imagine there was no hint at something brewing between these two before now. The story is well written and engaging, and the characters are terrific. I would recommend Wyatt’s work to anyone.